Defence Secretary Gotabhaya Rajapaksa plan to relocate between 280,000 to over 500,000 people form Colombo in next few years 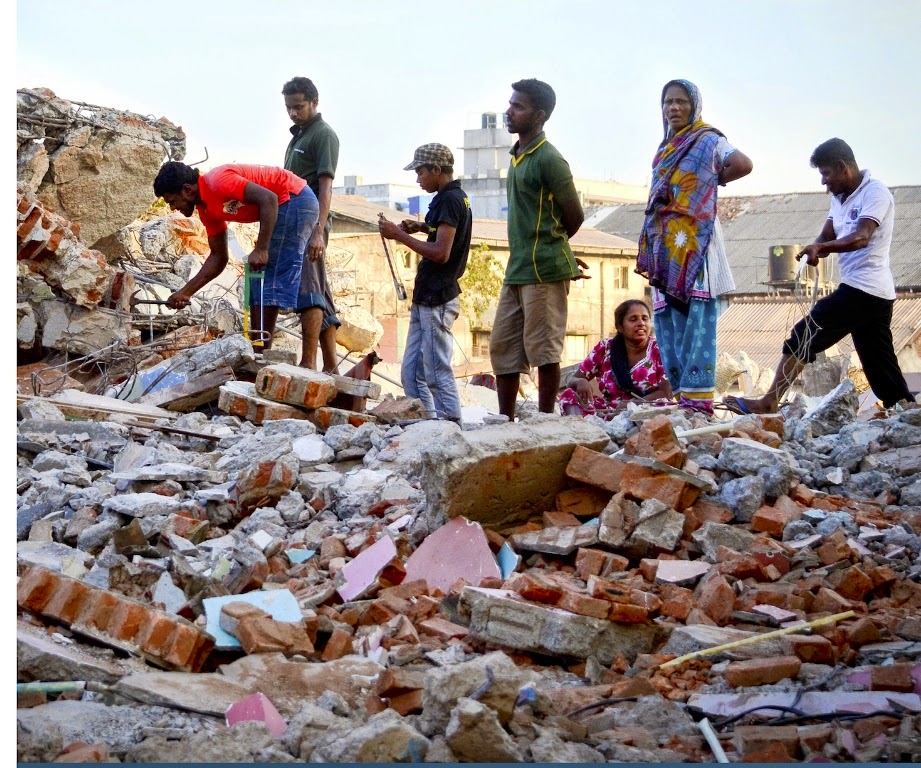 ”Defence Secretary Gotabhaya Rajapaksa, now presiding over urban development in Sri Lanka, has repeatedly stressed that his goal is to transform Colombo into a slum-free, “world-class”, “garden city”; a “preferred destination for international business and tourism.”  This is what the UDA’s Urban Regeneration Project (URP) seeks to realise. While full details of the URP have never been officially made public, it is fast becoming clear that it entails the forced relocation of thousands of poor and lower-middle income families across the city. Official estimates of the number of families to be relocated over next few years vary from “nearly 70,000” to 135,000. Assuming an average urban household size of 4.2 , this implies the relocation of anywhere between 280,000 to over 500,000 people, the scale and complexity of which presents wide ranging social and economic risks”
Forced evictions in Colombo: The ugly price of beautification by Centre for Policy Alternatives
The Centre for Policy Alternatives’ latest report “Forced Evictions in Colombo – The Ugly Price of Beautification” raises serious concerns with regard to the displacement of citizens in the city of Colombo due to the Urban Regeneration Project of the Urban Development Authority (UDA) and the Ministry of Defence and Urban Development. It questions both the ostensible goals and purpose underlying the Urban Regeneration Project as well as the means and processes employed by the UDA and the Government of Sri Lanka to realise them, in particular those pertaining to land acquisition and involuntary resettlement.
Drawing from interviews with affected citizens from across different parts of the city and short case studies of the experience of three different communities – Java Lane and Mews Street in Slave Island and Castle Street in Borella, the report outlines the major issues and concerns with respect to the forced evictions in Colombo.

Of particular concern are the involvement of the military controlled UDA in forced evictions, the modalities of which are similar to those employed in the North and East of Sri Lanka, and the scale which, according to some estimates, could even dwarf displacement in Northern Sri Lanka during the final two years of the war. The report also argues that viewing the forced evictions in Colombo as part of a development project only serves to hide the enormous social, public and human costs.

The Centre for Policy Alternatives (CPA) believes that in the process, a range of existing domestic legal and policy safeguards and standards are being flouted with impunity. The report underlines that respect for domestic and internationally recognised standards is crucial to both prevent and minimise forced evictions and ensure that any resettlement results in a significant accretion rather than erosion of civil, economic, political and social rights.

“This report is about yet another key contemporary issue that goes to the very heart of democratic governance in our country – transparency, the rule of law and equality before it. It deserves our critical attention. It cannot and should not be ignored”, says Dr. Paikiasothy Saravanamuttu, Executive Director, CPA.