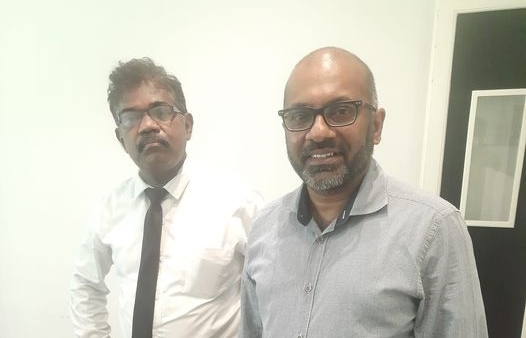 The government would have the public believe it is keen to ensure that there will be one law for everyone, but one wonders whether there is any law in this country at present, for the ruling party politicians, their cronies and bureaucratic lackeys are enjoying unbridled freedom to do as they please. They are now on a witch-hunt against a whistleblower.

Former Director of the Consumer Affairs Authority Thushan Gunawardena, who exposed the Sathosa garlic racket, and won accolades from the public and got under the skin of many a crook in the process, has been prevented from going overseas. He went to the BIA, the other day, to leave for Dubai only to be turned back by the Immigration and Emigration officials, who curtly told him that he could not proceed, and they were doing their job. He was left with no alternative but to return home. There is no court order preventing him from leaving the country, and he has never been involved in any criminal activity. But someone does not want him to leave the country. There is a prima facie case of fundamental rights violation, and Gunawardena must invoke the jurisdiction of the Supreme Court against those who prevented him from leaving the country.

Racketeers are going places thanks to their links to the government while hostile action is being taken against an intrepid whistleblower. Civic-conscious officials like Gunawardena deserve national recognition; the government should have given him a reward. Instead, a witch-hunt has got underway against him.

Why racketeers are harassing Gunawardena is not difficult to see; they want to discourage whistleblowing. They will be in serious trouble if other public officials emulate Gunawardena and pluck up courage to expose corruption.

Thankfully, Gunawardena is made of sterner stuff and has chosen to take the bull by the horns. It is incumbent upon everyone who abhors corruption to come forward to protect the whistleblower in the crosshairs of fraudsters including politicians, who are using various methods to sandbag upright public officials into pandering to their whims and fancies.

A tainted Central Bank Governor left the country via the BIA even after being exposed for his involvement in the Treasury bond scams. Arjuna Mahendran was his name. (He is said to be living in Singapore under some other name.) Those who helped Mahendran make good his escape are often heard pontificating on accountability, the rule of law, etc., in Parliament. Mervyn of Kelaniya helped a drug kingpin, known as Kudu Lal, flee the country through the BIA during the Mahinda Rajapaksa government while the STF was closing in on the criminal who had been supplying hell dust to the entire Colombo District for years. LTTE leaders were allowed to travel via the BIA sans any security checks in the early noughties with public officials, the police and some military officers dancing attendance on them. They brought in huge bags full of undeclared goods, which were airlifted to the LTTE-controlled areas, without any checks. They were given VIP treatment a few months after a devastating LTTE attack on the BIA in 2001. The then Airport manager treated the senior Tigers to barbecues in the name of peacemaking! Politicians who have stolen colossal amounts of public funds and have bankrupted the country are also free to travel through the BIA. But a public official who dared blow the whistle on a mega racket for the sake of the public, and lost his job as a result, is now prevented from going through the same airport without rhyme or reason!

Let Gunawardena and other whistleblowers be urged not to lose heart. They can rest assured that all Sri Lankans who abhor corruption are solidly behind him. One can only hope that professional associations such as the Bar Association of Sri Lanka will stand by courageous Sri Lankans like Gunawardena and help defeat sinister attempts being made in some quarters to intimidate them.