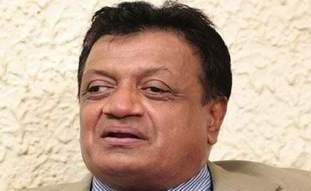 At its general meeting, the Bar Association of Sri Lanka has unanimously decided to look into the possibility of initiating legal action against Hudson Samarasinghe, chairman of state-run Sri Lanka Broadcasting Corporation.
Following a proposal by attorney Upul Jayasuriya, the BASL has appointed a committee comprising four President’s Counsel in this regard, according to Ada Derana website.
The BASL says comments by the SLBC chief in a morning show regarding the recent attack on the Mannar Court Complex, had been defamatory to the Mannar Magistrate and his family members.

He has even launched wild accusations against the magistrate’s sister claiming she had had links with the LTTE.

Also, the SLBC chairman has made defamatory comments regarding the three-member judge bench led by the chief justice and had disrespected the sovereignty of the court by criticizing the verdict of the Supreme Court regarding the ‘Divi Neguma’ draft bill.
SLM