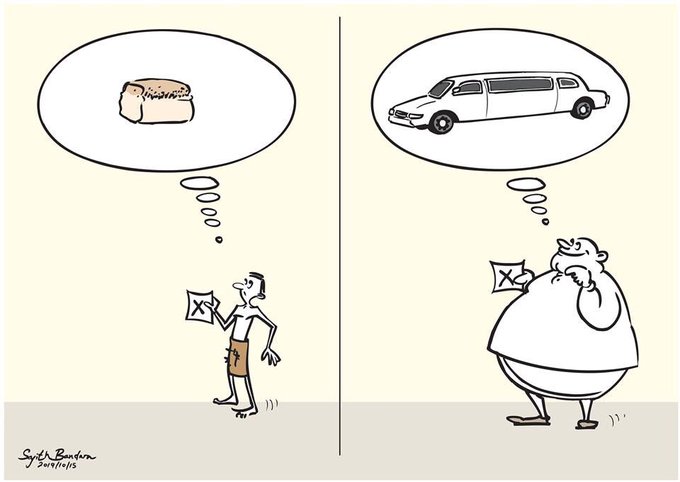 “Deceiving others. That is what the world calls a romance” – Oscar Wilde.

Elections are here, time for pacts, pledges and promises – the time-tested Sri Lankan way of savouring democracy. The sooner you get them negotiated and sealed the better.

Formation of alliances before a Presidential Election is normal in Sri Lanka. The number of registered political parties is close to 70 and the coming together of these parties into different alliances is an experience in itself. The landscape is surely getting ready for the day in mid-November. The Election Commission has released the final list of candidates. A total of 41 had placed cash deposits and 35 had handed over nomination papers.

The hostile and unfavourable atmosphere surrounding minorities especially Muslims is fading. At least the demonisation bandwagon has momentarily halted and other connected issues either relegated or forgotten. Muslims went through a lot psychologically, emotionally, economically and by way of life in the days leading up to the election. Each presidential aspirant will no doubt will try and placate to woo them back.

For the record remember the outrageous ‘vanda beheth’ – allegedly introduced by Muslims into food to render Buddhists infertile? Remember the infamous killer doctor Dr. Shafi who had supposedly sterilised 4,000 Sinhala Buddhist women after caesarean deliveries? Remember the force feeding of halal food to non-Muslims? The list goes on. The conspiratorial deception behind Dr. Shafi’s arrest and incarceration is public knowledge now.

The phantasmagoria is either remotely clouded or awaiting a new script. For now the curtain is down. Depending who comes to power on 16 November, curtains may go up once more or maybe permanently shut.

The script writers are taking a break it seems and so are the directors, producers and the actors, or is it?

Not so fast, in essence they’ve been catapulted from one genre to another. They’re on assignment for another more important exercise. Writing election promises in all three languages to reach approximately 17 million registered voters. This is another specialist job.

They have got to recognise both the apparent and no-so-apparent needs of the voter, enabling a good fit. They’ll target grandparents, parents, children including the unborn. Not that the promises will be fulfilled, there is no chance in hell that it will happen, there is no evidence in contemporary history that ambitious and infeasible promises were ever fulfilled.

A gross distortion of the democratic process accelerated in the last decade. Yet, you should never miss the flamboyance of the politician when he makes the pronouncements of benefits, bonuses and bonanzas.

The image of the angler best describes elections in Sri Lanka. You fine-tune the bait and fling that dainty allurement far and wide hoping it would engulf the denticulated mouth of the fish then just continue to pull it towards you. It all depends what you dangle or coat the bait with.

Sri Lanka has a unique yet notorious history when it comes to election promises. Bait after bait thrown at people both from election manifesto and whimsically. And the people buy it. It will be no different this time. Political leaders throw at people anything and everything that comes to their mind. The most famous and memorable being the fatuous promise from late Prime Minister Sirimavo Bandaranaike’s ‘rice from the moon’. Yes she promised to bring rice from the moon.

Between a promise and policy, the former has always worked for the local constituency; no wonder Sri Lanka continues to be a developing country. Not because the audience is unintelligent or uneducated but corruption is so endemic and the attitude of the average voter is “give us some before you devour the whole thing” which seems sensible considering the gargantuan sums that official records confirm being taken by different individuals and institutions in multiple corrupt transactions.

Corruption in Sri Lanka is a metastasised cancer, entrenched and unarrestable.

Chandrika Kumaratunga virtually seduced the country with her charm and charisma. Repeatedly promised to abolish the executive presidency before she became an executive president. From the very outset of her term she said that she would abolish it, but tenaciously clung to it until she completed her two terms.

Then came the absolutely vacuous Rajapaksa election promises bedecked with a supposed vision. Chinthana promised many things, they were cleverly crafted and sold to the public. The planning process involved the participation of many especially those from the private sector. Many a “free meal” was included for the tamasha.

How can we forget the infamous “good governance” era? An unprecedented irony never, ever to be repeated. It wouldn’t be incorrect to state the duo President Maithripala Sirisena and Prime Minister Ranil Wickremesinghe redefined good governance for the whole world.

“I will not hesitate to strengthen the current institutional framework to fight against corruption and take action – without any favour – against those who are now facing charges for misusing State properties,” the President told Parliament. Vacuous words still continue to haunt the ordinary citizen. Nowhere in the world had a sitting government got so contagiously typhlotic, amnesic on an immaculately executed high noon heist of its own Central Bank.

Already the two main contenders for the upcoming Presidential Elections have launched their set of promises in style. Gotabaya Rajapaksa has promised free fertiliser, which is already mostly subsidised, commodity price support and sweeping write-offs.

He said: “We will give a good fixed price for rice in the market and storage facilities for the farmers so they can sell their product without selling them for a lesser value or without a middle man.” He also said, “And we will also cut off all the micro loans and any other loans of farmers for good.”

“We want to make the agriculture a sector that attracts the younger generation and we want to make farmers rich,” Sajith Premadasa speaking in Colombo said. “We will start another project to give extra support to people who are under the ‘Samurdhi’ project.”

A nation’s migration from a developing to being a developed country is achieved through an intelligent, rational and conscious process. Arbitrary spending is an entrenched process the country has got used to. This is a vicious debt trap that can danger the economy in multiple ways. It’s only by incorporating truly implementable hybrid policies vis-à-vis needs that the country can grow without stifling itself. A culture rooted in promises will enable all the wrong people in and take the nation on a precipitous path.

The overall debt of Sri Lanka according to some estimates is in excess of Rs. 8 trillion which is extremely high for a developing country. Economics is such an esoteric subject the pundits mislead and the lay stomach the feed. What uncontrollable debt does to economies is quite irreparable. Also it’s learnt there is no one to one asset value for the corresponding debts taken.

Despite sarcastic dismissals and snubs of the importance of the minority vote, it’s bound to play a crucial and decisive role. The majority vote will be split amongst three if not four or maybe even five candidates. Yet Sajith Premadasa, Gotabaya Rajapaksa and Anura Kumara Dissanayake remain the leading candidates. This alone is sufficient to heighten the importance of the minority vote. It’s quite obvious two Muslim candidates from the east have come forward to split the Muslim vote. This is unreal and parochial to say the least.

The three main candidates must travel to the heartlands of the minorities and engage face to face and allay their natural and legitimate concerns, aspirations and fears. Fear is a dangerous thing. It’s a feeling induced by perceived danger. A politician who is feared must necessarily address those fears using multi-modal tools of persuasion.

Perhaps such fears may be unfounded. The politician will not make much progress without seriously and sincerely addressing them after having thoroughly studied them.

Fear causes change in behaviour and this is fundamental and has to be well understood. Fear in human beings may occur in response to a certain stimulus or in anticipation or expectation of a future threat perceived as a risk. So it’s an endless continuum. Dealing with it as a priority is the best way to address the issue.

Muslims being a very practical people will want to move forward and work towards real peace and prosperity. But this cannot come at the cost of their own insecurities. Sri Lanka has to move forward on the post-civil war and anti-Muslim agenda. There is no going back to autocratic and exclusionary policies.

The three candidates will have to make it blatantly clear on these important issues. The one who strives really and sincerely to integrate the minorities with assurances and affirmations and with firm commitments to stick to constitution, who commits to justice, equality and prosperity will no doubt receive the most favourable reception.

( Edited version of a longer article appeared on FT )