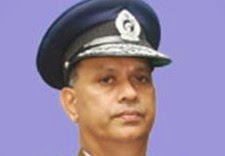 The Standing Committee of the Rule of Law of the Bar Association of Sri Lanka has issued a strong statement condemning the death of criminal suspects in police custody saying that the “acceptance of such blatant manifest untruths has made a mockery of the administration of justice in the country.’’
Commenting on the series of deaths of persons in police custody as suspects over the commission of criminal offences, the statement says: “It is an insult to the intelligence of our people if the police expect the people to believe these fantasy stories about attacks on them (the police) by suspects while in custody and handcuffed.’’
It has noted that the police have given identical explanations about each of these deaths and said that “what is strange is that these cases of brutal murder have gone unchecked and the absurd explanations given by the police have gone unchallenged.’’
“These killings violate all international conventions on protection of persons in state custody and is in violation of the right to life as proclaimed in the Universal Declaration of Human Rights. It is enshrined in our constitution that every person is presumed to be innocent till proved guilty by a competent court (Article 13(5)), no person shall be punished with death or imprisonment except by order of a competent court (Article 13(4)), any person charged with an offence is entitled to be heard at a fair trial by a competent court (Article 13(3)), any person shall not be held in custody, detained or deprived of personal liberty except upon order of a judge made in accordance with procedure established by law (Article 13(2)),’’ the statement issued by the Standing Committee on the Rule of Law of BASL has said.

“While these murders are in violation of the constitution what is of grave concern is the impunity with which these murders are committed. In no country that respects rule of law and democratic governance can these acts be condoned under any circumstances and the responsibility lies with the state to account for these violations of fundamental rights.

“Failure to act decisively against such persons responsible for the commission of these crimes, adversely affect the image of our country and the people lose faith in the judicial system of our country. Nothing short of a full inquiry by a commission of inquiry to be constituted of present or retired judges of the Superior Courts can redeem the image of the country and restore confidence in the administration of justice.’’
BASL has demanded the appointment of such a commission to inquire and report on the deaths of suspects under police custody during at least the last three years.