Death in Custody: The Law In Their Dangerous Hands 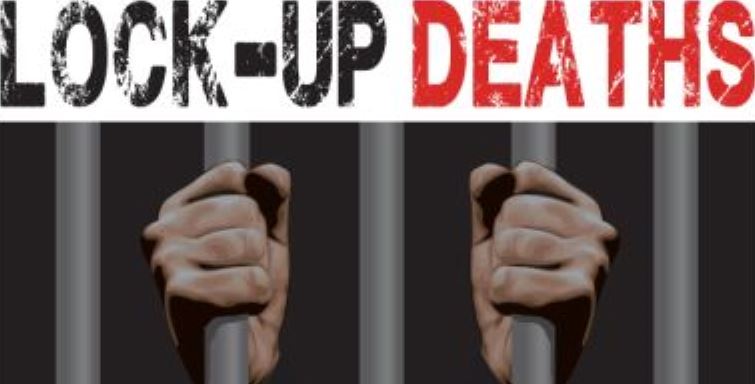 There had been a spate of incidents where suspects had been shot dead or killed accidentally, while fleeing from police custody or during a confrontation with the police. Recently, the suspect wanted in connection with the Kolonnawa- Sinhapura murders was shot dead while trying to escape police custody. Another suspect who was arrested in connection with the killing of an eight-year-old girl in Akmeemana had drowned while trying to flee from the police. There is a long list of similar incidents that had taken place in the recent past, and many had questioned how the suspects had managed to escape if they had been handcuffedwhile at the same time they were being guarded by the police,as well.

However despite such incidents taking place regularly, the general public had noted that the police had not taken necessary precautions to prevent such incidents from recurring.

Commenting on the issue, Human Rights lawyer, Dr. PrathibaMahanamahewa,told The Sunday Leader that, nobody has the right or the authority to punish a suspect; it is only a Court of law that can decide on the punishment that has to be meted out if a suspect is found guilty. Further, every suspect is deemed as being innocent until s/he is proved guilty in a Court of law. “Under Article 11 of the 1978 Constitution, all the citizens of Sri Lanka are granted freedom from torture and degrading punishment. It is an absolute human right of the suspect to be free of torture while in police custody,” he added. He pointed out that rigorous punishment, though ordered, is not carried out in prisons, worldwide.

Dr. Mahanamahewa went on to say that Sri Lanka had ratified the International Covenant for Civil and Political Rights (ICCPR) in the 1980s and the country had also ratified the Convention against Torture and Other Cruel, Inhuman or Degrading Treatment or Punishment, which was passed as law in 1994. According to him, if there is evidence of torture, the OIC of the police station concerned will be held liable, and can be charged in the High Court. He also said if police officers are found guilty of carrying out torture, they, as individuals, would be liable to pay compensation to those who had been subjected to torture. According to him, the laws are there to protect the rights of a suspect from cruel punishment, and be free of torture. He explained that anybody has the right to his or her life even if he or she is suspected of having committed murder.

“There have been many incidents of torture and incidents of death while in custody. It is necessary to prevent such incidents from happening rather than charging the police after the incidents had taken place,” Dr. Mahanamahewasaid. In order to prevent such incidents, necessary precautions should be taken, and the police should be trained how to treat suspects at the time of arrest, and when they are in police custody. The OIC of the station should also continuously monitor police sergeants, he further said.

President, Bar Association of Sri Lanka (BASL), UpulJayasuriya, told The Sunday Leader that, there is a pattern of incidents with regard to accidental deaths of suspects while in police custody. According to him, the police continue to make excuses that those incidents are accidental or unavoidable. “There are videos of some incidents that had been taken while the police had been firing at suspects. But no action had been taken against the police,” he said. According to him, members of the security forces have created a culture of impunity, and under the current context, the credibility of the police is in question. With reference to the incidents in the recent past, he said there is hardly any credence to what the police say. “Laws do not seem to apply to the police,” he noted.

Families have no say

Jayasuriyapointed out that families of the suspects who had been killed by the police hardly have a say as the government and the law enforcement authorities appear to be against them. “When the Attorney General and the Judiciary ignore their claims, what can innocent people do? There have been reports of incidents of murders inside prisons,” Jayasuriya said, and added that those at the top of governance appear to be tolerant when the police violate laws. “Statutory authorities are powerless in the country,” he opined.

Meanwhile, Police Spokesperson, SSP AjithRohana,speaking to The Sunday Leader, said the Magistrate’sCourt hears all the incidents in relation to suspects who had been killed while in police custody or while fleeing police custody. The Court would decide on the nature of the crime – whether such incidents are justifiable homicides or not after assessing the evidence produced, including medical evidence provided by the Judicial Medical Officer (JMO). Citing examples, SSP Rohana said seven police officers who were charged over the death of the Kandekatiya suspect had been remanded after the Court had given its verdict, whereas the death of the main suspect of the Teldeniya-Ududumbara incident was deemed by the Court as a justifiable homicide.

Defending the police, SSP AjithRohana explained that many such incidents had taken place while the police had been trying to recover weapons the suspects had used to commit crimes or while police officers were trying to enforce the law and obtain evidence. According to him, several incidents had been declared as justifiable homicides by the Court of law. He added that, the police are not entitled to pay compensation to the families of the suspects who died while in custody, but the families are at the liberty to file a fundamental rights case against the police if they so desire.

Some of the recent incidents

-September 28, 2014: Hiran Darshana alias Kalu Chooty from Kolonnawa-Wellampitiya, a criminal wanted for many crimes including three cases of murder was shot dead after trying to escape from police custody.

-September 19, 2014: Gamini Kumara Samaraweera alias Kaluwa who was arrested in connection with the killing of an eight-year-old girl in Akmeemana died while trying to flee from police custody.

-September 5, 2014: Lalitha Kushalya a.k.a. Kudu Lalitha, a suspected drug dealer was shot dead near the Oruwala Hospital in Athurugiriya while attempting to flee from the police.

-May 18, 2014: Tharuka Nilan (32) who was arrested over the killing of a Police Constable attached to the Kurunegala Police died while in the custody of the CID.

-May 8, 2014: P.H. Sadun Mallinga (17) who was arrested over alleged treasure hunting died while in the custody of the Badulla Police.

-April 5, 2014: A 42-year-old person who was arrested for driving under the influence of alcohol died while in the custody of the Anuradhapura Police.

-March 11, 2014: An alleged underworld figure called Paalan-kada Heen Malli who was arrested over the killing of a businessman in Ratnapura died while in police custody.

-July 5, 2013: Mohammed Azmir alias Mamazmi was shot dead while the suspect was being escorted by a group of STF personnel to uncover a weapons cache.

-November 22, 2013: The key suspect in the murder of a Police Constable and his wife in Kamburupitiya, was shot dead when he was taken to a hideout in search of weapons.

-November 26, 2013: Two more suspects arrested over the killings of the same Police Constable and his wife in Kamburupitiya, had drowned after reportedly jumping into the Denagama River, while trying to escape from the police custody.

-September 26, 2013: Yakkala Arachchige Ariyadasa alias Kapila of Walasmulla who was arrested over an alleged robbery, died while in police custody
By Waruni Karunarathne /Sunday Leader