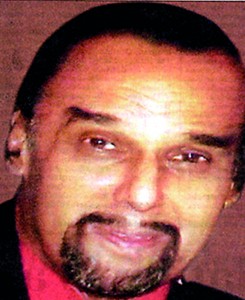 Deraniyagala Where people only know the meaning of fear
The tension that has gripped the Basnagala village, 10 kilometres off Deraniyagala town for the past 15 years, is far from over, though 21 people have been taken into custody for the recent killing of the Manager of Noori estate Nihal Perera.

On Thursday, the sister of the main suspect, Anil Champika alias ‘Atha Kota’ , a former UPFA Pradeshiya Sabha Chairman who unleashed terror in the area had returned to the Noori estate to pluck tea leaves by force in a part of the estate–a practice they reportedly indulged in for many years. This was in spite of the presence of the Special Task Force (STF) who have been deployed to give security to the villagers.
Estate staff had informed Deraniyagala Chief inspector Prabath Deshbandua of this new development and the woman was arrested.

But hours later she was released on police bail after a politician in the area had intervened, the Sunday Times learns.

Later in the night the Officer in Charge of the police station received transfer orders and was posted to Padiyathalawa. He served only for 19 days in the station after the entire staff of the Deraniyagala Police station were transferred for failing to inquire into complaints by villagers about atrocities allegedly committed by ‘Atha Kota’ and his henchmen.

Ironically the developments came hours after the family members of the former estate manager and the senior management of the Noori estate met with US Embassy officials. The management and family members had told the US officials that they were satisfied with the ongoing investigations and that a new OIC was in charge,

The Noori estate is managed by an American company – Walters Bay, one of the biggest tea suppliers to the US market

Villagers however claim they continue to be threatened by family members of the suspects who are in remand custody.
Meanwhile, B. H. Siripala, a retired employee has come out strongly against “Atha Kota” and his gang, encouraging villagers to lodge their complaints about atrocities committed by the gang before and after the murder of Mr. Perera .

“I was in the town last Wednesday when ‘Atha Kota’s sister-in-law threatened me, saying she would kill me if I continued my campaign,” Mr. Siripala said.
“We fear for our safety. In spite of the presence of the police and the STF villagers are being threatened openly. People have even been assaulted,” he said.
“A woman from the area was beaten up by a group of people during the daytime last Wednesday for refusing to allow her house to be used as a place to produce and sell illicit liquor. It was ‘Atha Kota’s’ sister –in-law who had made the demand, he said.
The sudden transfer of new OIC has also disturbed the villagers, Mr. Siripala said.

However, Police Spokesman, SP Buddhika Siriwardena said that the transfer of OIC Prabath Deshbandu was a ‘routine transfer’. He said the OIC was replaced by the Neluwa OIC, Isnpector Gayan Prasanna.

After the murder of Mr. Perera, 21 suspects including ‘Atha Kota’s nephew was produced in the Awissawella Magistrate courts and nine of them were identified as suspects. (See Magisterial inquiry report on this page).
“Illicit liquor and drugs have been the family business of Anil Champika and poor villagers were forced to buy “kasippu’ and “marijuana” from them. If they disobeyed they were stripped and assaulted,” K.V Padmakumara, a cultivator from Deraniyagala area told the Sunday Times.

He said Anil Champika and his gang continuously harassed his family, burned down his house and assaulted him and his elder son with the support of the police for taking a stand against them. He said the police have failed to arrest the ‘big guns’ in Anil Champika’s gang and his family and other villagers are still being harassed.

“Atha kota and his gang shot at my son, they assaulted him brutally and broke his legs and an arm for taking a stand against them. He was a prominent member of the youth movement in the area. He moved away from the village for the sake of his family,” Mr . Padmakumara said.

He said he was harassed by Atha Kota and his goons over a dispute regarding a 50-acre property that once belonged to his brother, K.V. Ramyasiri and worth more than Rs. 60 million.

“While he (Atha Kota) was the Pradeshiya Sabha chairman, he had asked my brother to pay Rs. 500,000 to approve a street line connection for his land. My brother lodged a complaint at the Commission to Investigate Allegation of Bribery or Corruption (CIABC) and got him arrested. Now, he has sworn to kill my brother, his family and me,” Mr. Padmakumara said.

‘Atha Kota’ would always use the name of Chief minister Mahipala Herath to show he had political clout.
Mr. Padmakumara said Anil Champika lost his nomination for the post as Deraniyagala Pradeshiya Sabha due to a petition sent by him and his brother regarding his ineligibility to the position. He added that due to the dispute he had to sell off the Rs. 60 million worth property for Rs. 10 million.

Both brothers criticised police inaction in the face of mounting complaints from the people. They said even Kegalle police headquarters was unable to take action due to the Chief Minister’s influence.
U. L. Chandrasena, a manager at a private tea factory, told the Sunday Times that the police have still failed to gain the trust of the people because of their continuing ties with ‘Atha Kota’s gang and their incapability to crack down on the goons still roaming large.

“We were even forced to buy fertilizer from him,” he said.

In another incident ‘Atha Kota’ had attempted to rob 350 kilograms of tea leaves in March this year. The owner had contacted a Deputy Inspector General of Police and got a complaint lodged. There is a case pending against him now,” he said.
He also accused the former chairman, his nephew and other henchmen for sexually abusing young girls between the ages of 14 – 16 and later getting them married off to older men, as compensation.
Sabaragamuwa Province Senior Deputy Inspector of Police Lalith Jayasinghe declined to comment on the current security situation in Deraniyagala.

Meanwhile, Police Spokesman SP Siriwardane said the Police and STF are providing adequate security of the people and that necessary measures are being taken against the violators of the law.
He said a separate unit has been set up to receive complaints about previous incidents involving Atha Kota and his terror gang.

CM’s personal security officer answers mobile, says no commentSabaragamuwa Province Chief Minister- Maheepala Herath could not be drawn into comment with regard to allegations that those arrested in connection with the murder of Noori estate manager Nihal Perera were working under his patronage.
His Personal Security Officer who answered Mr. Herath’s mobile phone said the Chief Minister had instructed him to say that he was not willing to answer any questions regarding the Noori estate incidents.
Several attempts were made to contact the Chief Minister.