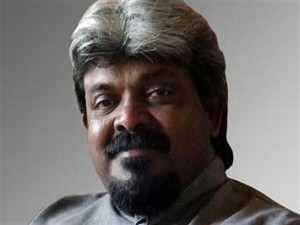 A 30 year old Hindu Temple located in Dambulla has been demolished by the authorities despite appeals made against it, the Democratic Peoples’ Front said today.
Western Provincial Council member and deputy leader of the Democratic Peoples’ Front Dr. N Kumaraguruparan said that the Dambulle Badhrakaali Amman Kovil was demolished last night.
Kumaraguruparan said that both he and Parliamentarian R .Yogarajan had made personal appeals to President Mahinda Rajapaksa to prevent moves to demolish the Hindu Temple.
Monks in the area had on previous occasions protested against the Hindu Temple and a Mosque and wanted both places of worship demolished.

Kumaraguruparan said that he will raise the issue with the High Commission of India in Sri Lanka.
“Government forces went along in civvies with a well-known Buddhist monk and requested them to remove the temple from the historically in habited Tamil area immediately or face the consequences. The trustee requested time till today for the religious rites to take place to close down the temple. However they demolished the Temple last night and are now building a fountain there,” he said. (Colombo Gazette)