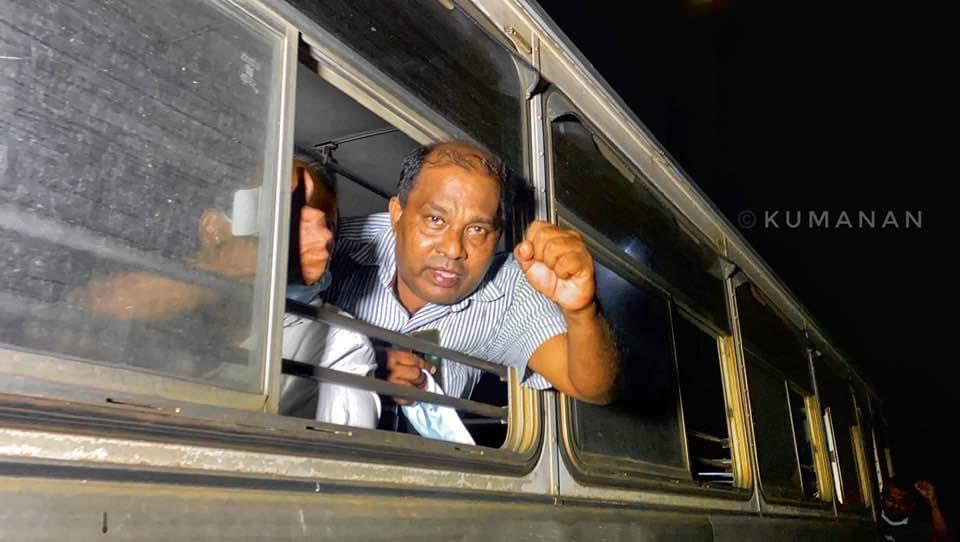 Ceylon Teachers Union (CTU) General Secretary  Stalin yesterday asked the police to stop calling principals asking whether they would turn up at schools on 21 October, because principals and teachers would return to school only on 25 October.

Stalin said that the government had attempted to undermine their strike from day one, but all attempts had failed miserably.”

Initially, they tried to pit the people  against the principals and teachers. Then they carried out a systematic mudslinging campaign against the union leaders. Then they unleashed B Grade politicians to intimidate us.

All its attempts having failed, now the government is using the police to intimidate us.”During the past few days policemen had been calling principals and teachers asking whether they would report for work on Thursday, Stalin said.

Some henchmen of politicians, too, had started calling principals and teachers.”We would like to tell them not to waste their time. We are coming back only on 25 Oct. The law and order situation is deteriorating every day, shouldn’t the police worry about that?” he asked.

”We have shown that we are not afraid of threats,” he said.The representatives of the Principals’ and Teachers’ unions met the Secretary to the Ministry of Education, Prof. Kapila Perera, yesterday, and handed over letter to him with a road map. The unions said that the schools should reopen in a systematic manner, and politicians should stop threatening teachers.