Crippling civic organising, mobilising and resistance through Draft Amendment to the Act on NGOs 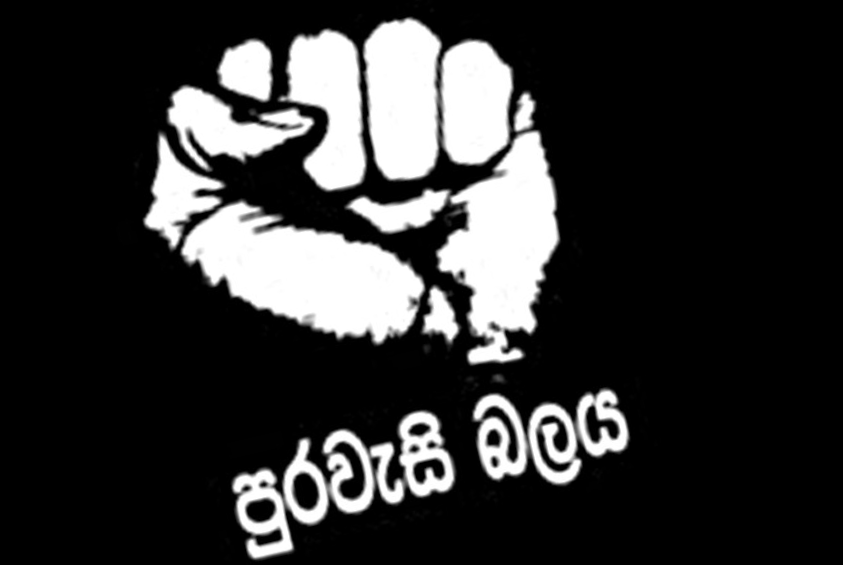 Image: If enacted the act will  make collectives like Purawesi Balaya (Citizens Power) illegal of bring them under control.

On February 20, 2018, the Cabinet decided to publish the repressive Draft Act to Amend the Voluntary Social Service Organizations (Registration and Supervision) Act no. 31 of 1980 (LDO 32/2011) to a gazette and present it to Parliament for approval. As usual, the drafting has been done in secret with no consultations. To the best of my knowledge, the draft Act has not been made publicly available by the Government.[1]

In the face of mounting pressure and questions, today, more than a month after he had presented this draft Act to the Cabinet, Minister Mano Ganesan had belatedly committed to have a consultation with civil society on April 10, 2018 and assured that it won’t be gazettedpending observations at this consultation.[2] This is the same Minister who stated last year that he doesn’t “see any serious reason to regulate NGOs in this country” and that he doesn’t want to use the word, ‘Regulation’.[3]

The draft’s foremost stated purpose is “regulate, supervise & inspect” NGOs through a legalised “National Secretariat for NGOs (Hereafter referred to as the Secretariat)” under an unspecified Ministry. The Secretariat has investigative powers and assumes and duplicates functions of the Police. The extraordinary and excessive powers given to the Secretariat directly infringe on Freedom of Association, Freedom of expression, Freedom of Thought, Conscience & Belief and Right to Privacy. The draft gives the Director General of the Secretariat, the Minister in charge and the Ministry’s Secretary unprecedented control over any grouping defined as a NGO. It comes in the context of reporting and approval requirement currently in place for NGOs, having created a culture and expectations in the districts that NGOs have to be subservient to the local government officials.

The draft tries to capture a broad range of collectives or groups in it’s definition of an NGO[4]and compels them to register and obtain approval from the Secretariat for it’s existence, or become illegal. There are only very few exceptions.[5] This definition and compulsory registration and approval may bring under the Secretariat’s control or render illegal, groups promoting and protecting rights and interests of their members, formal and informal grouping of individuals, groups receiving funding or working voluntarily, movements that may be temporary or permanent and groups involved in initiatives of social entrepreneurship, public-private partnerships etc. It strikes at independent organising and mobilising initiatives and makes very vulnerable those campaigning on repealing or changing unjust laws, such as ones related to gender and sexuality and the Prevention of Terrorism Act.

Practically, if this draft is enacted, it may bring under its control or render illegal existing civic groups such as Purawesi Balaya (Citizens Power), National Movement for Just Society (NMJS), Lawyers for Democracy (LfD), Tamil Civil Society Forum (TCSF), Student Unions, Peoples Alliance for Right to Land (PARL), Peoples Movement against Port City, Women’s Action Network (WAN), movements of Relatives of Disappeared etc. One wonders whether groups such as the “Civil Monitoring Commission” initiated and led by Minister Mano Ganesan and others during the Rajapakse regime and “Mothers Front” led by Minister Mangala Samaraweera and others during Premadasa regime, as well as movements of the past such as Movement to Protect Eppawala Phospate Deposits, Movement for Inter-Racial Justice and Equality (MIRJE) and University Teachers for Human Rights (Jaffna) would have been willing to subject themselves to such controls.

Under this draft Act, registration (and thereby legality) is dependent on whims and fancies of the Director General of the Secretariat and Ministries or Authorities which are “responsible for activities planned to be undertaken by the organization”. If registration is rejected, the appeals have to be made to the Secretary to the Ministry, under which the Secretariat functions, within 30 days.

The registration can be suspended or canceled (and thereby make the organisation illegal) for range of reasons. These includes if the Director General feels the organization is a threat or prejudicial to national security or public interest. An organisation can also be de-registered if the Secretary to the Ministry feels the organisation is operating contrary to the national interests. None of these terms are clearly defined and only possible appeals are to Provincial High Courts, within the very short span of 30 days.

Attack on ideological and physical autonomy of civic groupings

The proposed Act implies civic groups must agree to “common development needs” of the country as defined by or agreeable to the government. This is likely to marginalise groups that are challenging the government’s model of development, which is often pro rich, pro-market and non-participatory. It also infringes on autonomy and internal policies and practices of civic groups, by interfering and retaining the final say in matters such as a change of objectives, a change in the geographical area of work, the establishment of branches, a change of the group constitution, cooperation with other groupings and the government, networking and forming federations, standards of service, financial and policy management, making donations to other groups, fund raising from the public, change of name, change of address, flag, symbol, logo etc. Information on staff and volunteers can be obtained by the Secretariat up to 6 years after they have left the organisation.

In ordinary law, the police requires a warrant to enter a premises and search, examine books, registers or records, make copies and extracts. But the draft Act allows the Secretariat a free hand to do this, without even a clearly defined criteria for reasonable suspicion of any illegal activities. The power to “request and obtain information” implies a group from which the Secretariat “requests” information cannot refuse, as the Secretariat has powers to “obtain”, not just to “request”. The Secretariat also has powers to investigate money laundering and terrorist financing, which ought to be by the Police.

Under ordinary law, when the Police requires information from banks in the course of investigations of alleged crimes, they have to provide explicit justifications and orders for banks to release information are only made by a judicial authority. But the draft law confers powers to the Secretariat to breach confidentiality of banking information, without reference to any criminal conduct, rendering individuals and entities engaged in non-governmental activity second class citizens. The draft Act compels banks to inform the Secretariat of deposits over Rs. 1 million and electronic funds transfers and all transactions over an amount prescribed by the Minister. Such control over groups defined as NGOs is in contrast to the government’s policy to liberalise capital flow, under which the new foreign exchange law[6] permits undeclared money held abroad up to the value of a million dollars to be brought into the country with no penalty, while amounts in excess could be brought with the payment of a one percent fee. This puts in an additional layer of surveillance over and above what the Central Bank would be doing with regard to fund flows into the country, again singling out those defined as NGOs.

The draft Act creates range of “offences under the Act”, some of which are broadly and vaguely defined and leave room for abuse. Offences includes non-registration, which violates Freedom of Association and the principle of “Voluntary Notification”. Even a simple request for information if deemed inadequately responded to may attract a Rs. 250,000 fine or one year imprisonment and thus, is likely to create a fear psychosis. The lack of certainty runs contrary to the basic tenet of rule of law. Yet, again the hypocracy of criminalising acts that may be administratively corrected, is patently obvious when compared to the Foreign Exchange Act (FEA), which replaces the Exchange Control Act (note the change in nomenclature away from the notion of ‘control’), which was described as a new law that “decriminalised exchange control violations and freed citizens from its draconian provisions. The responsibility to implement the new management system has been vested on the authorised dealers who are subject to neither criminal nor civil proceedings under FEA. Instead, they are disciplined through an administrative process”[7].

Blurring the lines between “government” and “non-governmental”

This draft in letter and spirit, appears to convert NGOs into GONGOs – Government controlled Non-Government Organisations. It attempts to make a non-governmental group primarily accountable to the government – instead of primary accountability being to it’s members and to values they espouse, intended beneficiaries and donors – ignoring that the government is often the very body such groups seek a distinction from and often aim to monitor, critique and challenge.

Civic collectives and individuals involved in such groups must not be above the law – given that problems such as financial mismanagement, sexual harassment, gender based discrimination and abuse of worker’s rights, also occur in these entities, just las they do in government agencies and the private sector. But this must be done through ordinary law, which is applicable to all, without resorting to ultra-intrusive laws, discriminatory laws, which has the high potential to facilitate witch-hunts, to blur the line between what is “government” and what is “non-governmental / civic” and cripple independent organising and mobilising that a government may feel challenged by. Legal frameworks to address money laundering and other criminal activity must be uniformly applied instead of targeting NGOs in this disproportionate and unjustified way.

There is no point in trying to reform or engage with this draft law. It must be opposed in its entirety. If at all we need an additional law, it must be a “Freedom of Association Act” that promotes Freedom of Association, with registration based on principle of “Voluntary Notification” and not a restrictive law to make “non-governmental / civic” groupings pawns of the government.