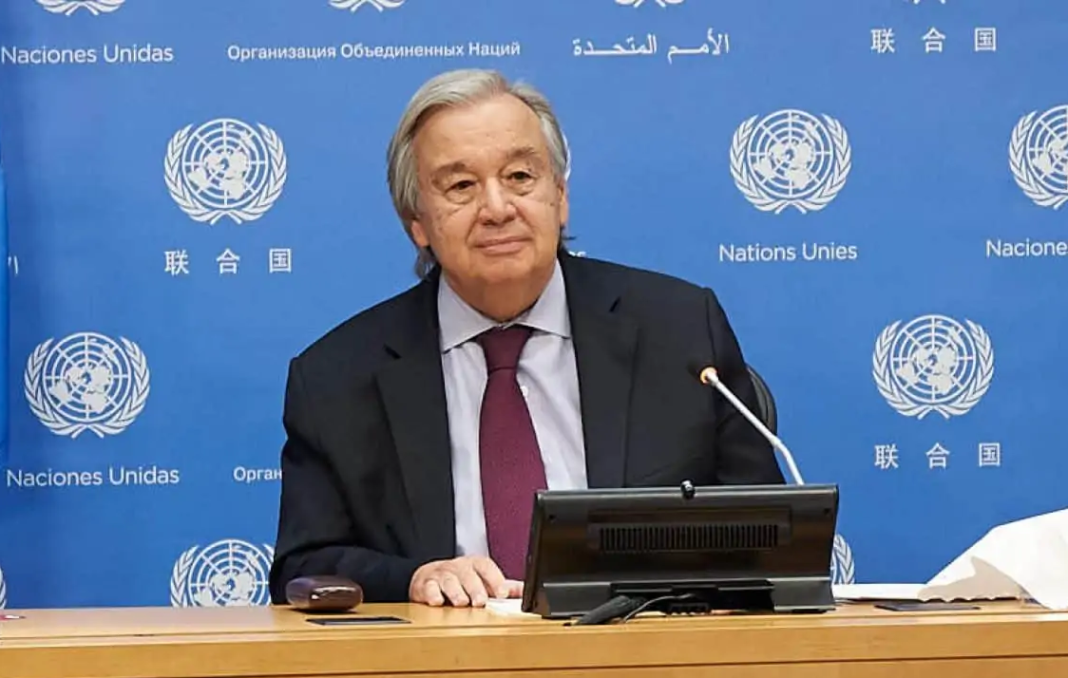 In a communication sent through the UN Resident Coordinator in Sri Lanka to Mr. Abdulla Shahid, President of the UN General Assembly and Mr. António Guterres, Secretary General of the UN Committee for the Protection of Prisoners’ Rights urges to give  attention to  matters detailed in the following letter and to  discuss these in their engagements with the government of Sri Lanka and extend the full support of the UN to protect and promote rights of prisoners in Sri Lanka.

The text of the letter:

(22nd September 2021, Colombo) Today, the day the Sri Lankan President addressing the UN General Assembly, we wish to bring to your attention the precarious situation of prisoners in Sri Lanka.

As we write this, some prisoners are once against protesting on the rooftop of Welikada prison, the largest prison in the heart of Colombo. Other prisoners are joining the protest by refusing food. A key demand is to systematically implement the prisoner review once in four years as per the prison ordinance, based on which convicted prisoners can get relief for their sentences, such as conversion of death sentences to life sentence and life sentences to 20 years.

Earlier this month, the state minister in charge of prison management had broken into two prisons on two separate dates in a drunken state and in the 2nd incident, had threatened a prisoner with a pistol. Last year (2020) 16 prisoners are reported to have been killed in 4 prisons, in 5 incidents. In one incident, 11 prisoners were killed. Around 12 suicides have been reported last year in prisons last year, with most appearing to be suspects who are alleged to have used and / or traded drugs and / or illicit liquor and have been denied professional support and care.

Since March 2020, we have appealed to the President and other authorities to ensure the protection of prisoners in the context of COVID-19. We pointed out the inability of inmates to practice health guidelines due to massive congestion and suggested practical steps that could be taken to release prisoners and reduce congestion through existing legal and constitutional provisions. Thousands of prisoners have been afflicted with COVID-19. Recently, 4 human rights defenders had tested negative for COVID-19 when admitted to prison, but in few weeks, had tested positive. Quarantine facilities run by the prison department have also been overcrowded, for example, about 800 inmates were reported to have been held in Bogambara quarantine facility meant for about 100.

Sri Lankan prisons meant to hold about 11,000 remain severely overcrowded and sometimes have held about 32,000. In the Vavuniya prison many inmates are reported to have been forced to sleep on the staircases. More than 70% of those admitted as convicted persons to prisons in 2019 was due to defaulting on fines. 78-82% of those admitted to prisons between 2015-2019 are suspects (remand prisoners). Some are remanded due to their inability to make deposits for bail while others are remanded due to police and magistrates choosing remand as the norm and bail as the exception. 58.9% of the daily average number of prisoners in 2019 were remand prisoners, with the figures for 2011-2018 being between 45-56%. Delays in waiting for and completing trials is another reason for overcrowded prisons in Sri Lanka. As of 31st December 2019, 1809 (12.3%) were awaiting trial for more than a year and 680 (4.6%) awaiting trial for  more than two years.

Among those awaiting completion of their trials for long time are those detained under the Prevention of Terrorism Act (PTA). This year, a male PTA detainee was released after about 13 years in detention citing the lack of evidence and previously, a female PTA detainee was acquitted as not guilty after about 15 years in detention. Both were parents with children and there have been other similar cases. There have been persons in detention for as long as 18-19 years under the PTA without having their cases concluded and, in some cases, charges were not filed for 15 years.

Other concerns include food and nutrition for prisoners. In 2019 the average cost of food for a prisoner per day was Rs. 151 (approximately USD 0.75) which is not enough for a day’s nutritious meals. As a result, many remand prisoners depended on food brought by visiting family members and friends (remand prisoners are allowed visitors six days of the week). This had reduced drastically due to suspension of prison visits citing COVID-19. Another concern is the Special Task Force (STF) being sent to a number of prisons including Agunukolapalessa and Boossa. STF members, who are trained in combat, are not equipped to rehabilitate and take care of unarmed prison inmates. We have also been very concerned about the denial of voting rights to prisoners eligible to vote.

We note the importance for authorities to practice restraint and to abide by national and international laws when responding to tensions in prisons and to ensure accountability for those responsible for killings in prisons, those who have been negligent in letting suicides happen inside prisons and the state minister and senior prison staff responsible for recent break-ins. We stress the importance of addressing causes that lead prisoners trying to escape and protest and the importance of taking measures to avoid the spread of COVID-19 in prisons, including through provision of health care. An important consideration is to reduce congestion, through measures such as early releases and home leave, which have worked relatively well in the past. We also would like to stress the importance of prisoner releases (including presidential pardons) being based on transparent criteria and procedures in line with constitutional provisions and priority being given to the most vulnerable. Prisoners above 70 years, those with serious sicknesses, those who had received minor punishments and those who have been unable to pay small fines, should be prioritized than politicians, soldiers and monks based on political considerations.

We urge you to pay attention to these matters, discuss these in your engagements with the government of Sri Lanka and extend the full support of the UN to protect and promote rights of prisoners.