Sri Lanka’s daily Covid death tall nearing 50; 1/3 deaths at homes while death among senior citizens at homes up by 60% 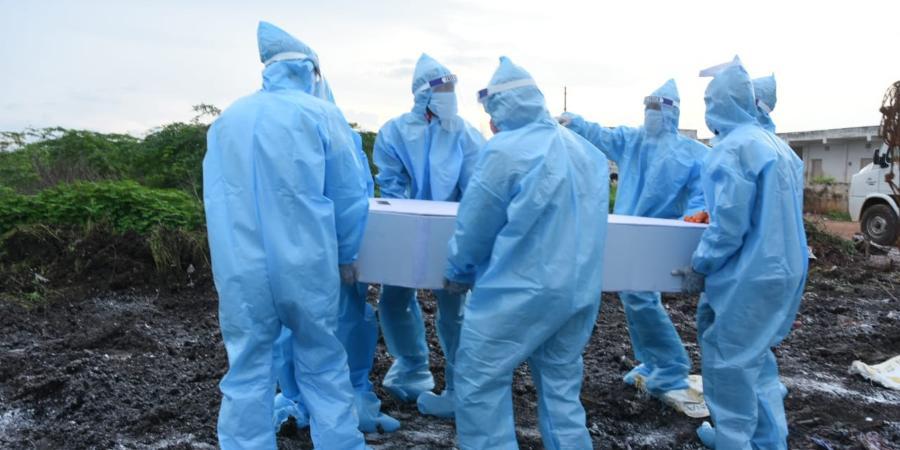 The number of COVID related deaths among senior citizens and elderly persons at home has increased  compared to the first and second waves, the Government Medical Officers’ Association (GMOA) Secretary Dr. Senal Fernando has said. When compared to the COVID deaths since March 2020, 60% of the deaths were reported during the third wave after the Sinhala/Tamil New Year, he has further said.

Meanwhile on 06th June,  another 48 deaths reported and 18 out of 48 deaths have taken place at homes.

Accordin to the Health Ministry  48 people included 23 females and 25 males.

Among them, 18 had died at home, 29 while being treated at hospital and one on admission to hospital.

Out of all covid related deaths in Sri Lanka  60%  were reported during the past one-and-a-half months, especially after the New Year.

This third wave was named as new year cluster by the government information department.

“After studying the number of deaths during the first and second COVID waves, the virus spread now is showing an alarming increase and has led to a critical situation. With the total mortalities so far, 58% of them have occurred in May. It is highly critical,” Dr. Senal Fernando has stated.

“The travel restrictions were imposed to limit travels to a maximum of 90%. But the restrictions were limited only up to 60%. That shows people can to come out from their homes to meet their essential needs,” he said.

Through this practice, the virus is taken to their homes, Dr. Fernando has added.

(With the inputs from Daily Mirror and Colombo Gazette. )