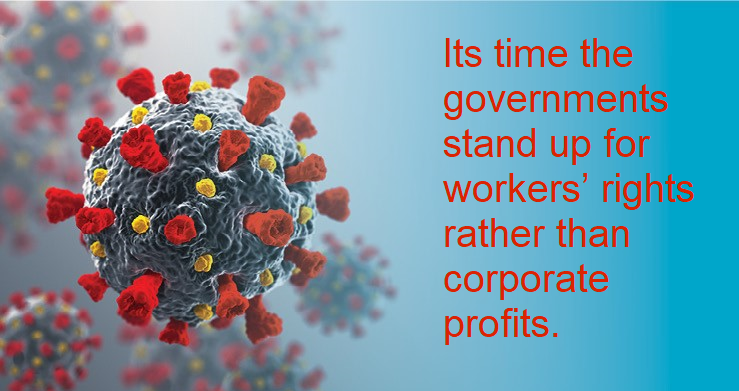 When on September 28 the news broke that a new case of coronavirus was discovered in the Gampaha district, the country’s health authorities were caught completely by surprise and the populace aghast.

By October 8, numbers of newly confirmed cases of coronavirus had risen to over a thousand and counting. After the last outbreak of the virus at Kandhakadu in July was brought under control, the country as a whole –  health authorities and the people at large became complacent. Health authorities, the military commander who headed the COVID-19 Task Force, as well as the populace at large seemed to let their guard down.
Social distancing soon became a thing of the past. Large numbers of passengers packed into buses and trains. Very often mask-less people were seen in public transport vehicles and/or wandering on the streets unhindered. Social gatherings were once again in vogue.

Political leaders both from the ruling elite as well as from the Opposition — the people who should have been setting an example to their countrymen and women — organised massive events which made social distancing impossible.

A state of deja vu seemed to have overtaken all of us. There was a general feeling that despite the virus devastating more developed countries like the US, India, Australia etc., Sri Lanka had the capacity to keep COVID-19 at bay.

Even religious leaders failed to ensure larger than expected numbers did not gather at weekly and/or monthly religious services/observances. Political leaders in an effort to kick-start the economy, relaxed the tough regulations which had been put in place earlier.
Media reports in the aftermath of the second wave of the virus indicate particular companies in the Free Trade Zone, regularly brought down workers from India – one of the worst COVID-19 infected countries in the world. It is no surprise therefore that, when the second wave of COVID-19 hit in the third week of September, our country was caught ‘in cricketing parlance, ‘on the backfoot’… Yet, we should have been aware that a second wave of the virus was striking the world over.

In India for example, September turned out to be the worst month since the virus afflicted that country. ‘The Times of India’ reported the pandemic accounted for the highest number of deaths in any month – reporting 33,255 deaths recorded during September.
With India taking a hit the country’s garment factories were unable to meet obligations to international buyers. Some of these quotas were probably shifted to Sri Lanka. Workers were pressurised to meet new targets and when the virus raised its head in a particular garment factory, profits out-weighed concerns for workers health and endangering the country as a whole. Media reports confirm sick workers were administered with pain-killers, rather than seeking medical advice. Obviously testing the temperature of workers entering the factory were not being practiced.

In an interview given by the husband of the so-called ‘first female worker’ discovered to have contracted the virus, the man stated that his wife was unwell three days before. The worker herself said that it was not the factory management that assisted her to the hospital, where she was discovered to be COVID-19 positive.
While there is an urgent need to restart the economy of the country, it cannot be at the expense of the people of the country. Particular conglomerates; whether they be local or multinational corporate – cannot be allowed to flout laws and regulations governing the welfare of workers in establishments of a country.

Since President J.R. Jayawardene relaxed laws governing worker welfare in a mad pursuit of foreign investment, workers’ rights in the country are at its lowest level. In fact in most of our so-called blue chip companies, workers are hired on a contractual basis – hire and fire basis – leaving workers with no remedial action for redress.
The fear of hearing a phrase ’you’re fired’ – made popular by US President Donald Trump led to infected workers at the Minuwangoda garment factory arriving at their work place, despite their illness as they had carved-in-stone targets to meet.

An important lesson we all have been taught by this second wave of the COVID-19 is, that whether we – be employers or employees – there is a need to find an equitable balance between unconscionable profit and people’s welfare. Else we will soon be witnessing many more epidemics and other dangerous spin-offs springing up in our midst.

Its time the governments stand up for workers’ rights rather than corporate profits.
Today, a new game of the ‘pot calling the kettle black’ has commenced. The authorities have begun blaming the public, while the public is now blaming the President for failing to control big business.