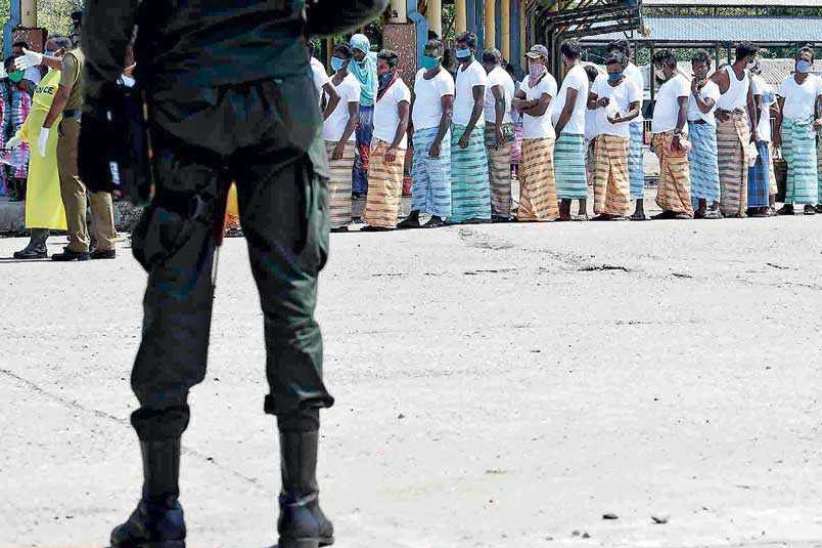 Sri Lanka has imposed an island-wide militarised regime ” for COVID-19 control work” according to a statement posted on the Sri Lanka Army website.

Although Sri Lanka has an island-wide well established and well-functioning health network  President Rajapaksa appointed an Army commander as the hard of the Covid Prevention Task Force and a Major General in active duty as the Health Secretary. This latest Military appointment comes as Sri Lanka Covid deaths pass the 200 mark and the number of positive cases nearing 50,000.

The militarisation of civilian affairs has been a hallmark of Gotabaya Rajapaksa presidency.

Considering the urgent need for enhanced island-wide coordination for COVID-19 control work, the Presidential Secretariat on the recommendation of General Shavendra Silva, Chief of Defence Staff, Commander of the Army and Head of the National Operations Centre for Prevention of COVID -19 Outbreak (NOCPCO), has appointed 25 Senior Army Officers for all districts, effective from 01 January 2021.

Adding significance to those new responsibilities on the very day he was felicitated at the Army Headquarters upon his promotion, General Shavendra Silva awarded those letters of appointment for those 25 Chief Coordinating Officers in all districts this morning (31).

Accordingly, the new office of those Chief Coordinating Officers would facilitate smooth conduct of district-wise Quarantine Centres, Transportation of Individuals for Quarantining and Treatment, Supply of Medicine, Equipment, Dry-rations and other Essentials and all other technical requirements as and when deemed necessary.

Following are the Senior Army Officers who have been appointed as Chief Coordinators in all 25 districts;

5. Major General A A I J Bandara – Mannar

25. Colonel K A U Kodituwakku – Matara