Counter Terrorism Act: “It is horrendous, and I feel sick after reading it” 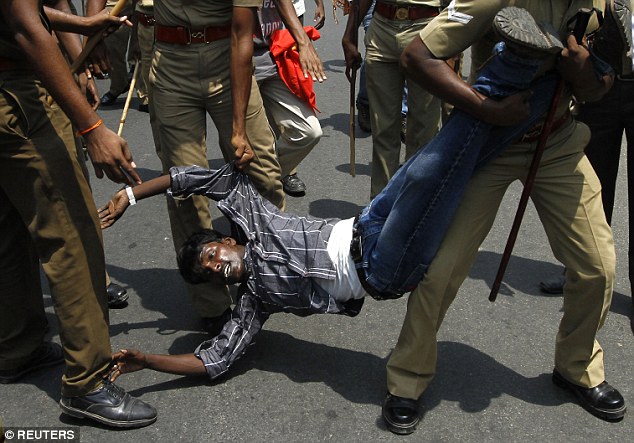 Senior academics, human rights activists, and judicial experts are strongly critical of the proposed policy and legal framework on the proposed CTA, a draft of which had been submitted before the Cabinet last week.

Prof. Nihal Jayawickrama, former Secretary to the Ministry of Justice, a Professor of Law at the University of Hong Kong and first Director General of Transparency International described the law as worse than draconian.

“It is horrendous, and I feel sick after reading it,” he said.

“I am at a loss to understand how this law was drafted. I cannot believe it was drafted here in Sri Lanka. The language is not ours.”

Among the litany of negative covenants, Prof. Jayawickrama said the most glaring is the obscurity of offences.

Even after reading it a number of times I am yet to understand the numerous offences defined through this Act. They are complex and interrelated and I can’t see how a Police officer, a member of the armed forces or a coast guard, being empowered by this Act to detain a person on suspicion of committing such an offence, can understand the offences themselves.”

“The International Covenant on Civil and Political Rights (CCPR) has been ratified by the Government of Sri Lanka, but Parliament is yet to enact local laws to give effect to the covenant. I do not see the possibility how the CTA can be passed by Parliament as most of the covenants of this law run against the letter and spirit of the CCPR,” Prof. Jayawickrama said.

“In considering the context and circumstances that the CTA is being introduced, it gives out a sense that either we are still at war or we are under some form of attack,” he said.

The draft bill grants wide powers to the Police, members of the armed forces and coast guard officers in respect of arresting and detaining an individual.

Section 4(4) of the draft bill which deals with arrest states; “Any police officer or any member of the armed forces or a coast guard officer, may arrest without a warrant, any person who commits or whom he has reasonable grounds to believe that has committed or has been concerned in committing an offence in terms of this Act.”

When the necessity of obtaining a warrant before an arrest is removed, involvement of a judicial officer in perusing for the presence of reasonable grounds to arrest is placed within the discretion of the police, armed forces or the coastal guard officers.

Once a person is arrested and brought to a police station, the arrest and the custody of the person should be notified to the Human Rights Commission, not later than 24 hours. The suspect is only required to be produced before a Magistrate not later than 48 hours.

This is the second attempt made to introduce the 48-hour period to produce before the Magistrate by the current government.

“Police, especially the CID had always been of the view that the 24 hour time frame to produce a suspect before the Magistrate should be extended to 48 hours. Although this is the standard in some other countries, we do not have the proper legal framework with necessary checks and balances to introduce it.” Prof Jayawickrama said.

Another section that is perceptibly in violation of ICCPR, is that the Act allows a Deputy Inspector General of Police to issue a detention order. The Act grants powers to a DIG of Police, to issue a detention order which does not exceed two weeks at a time, on an application made by the Officer in Charge of the relevant police station and on the recommendation of the OIC of the relevant police division. Powers regarding the detention order includes to hold the detainee at an approved place of detention determined and stipulated by him (Deputy Inspector General of Police), in terms of approved conditions of detention, and that such order shall be made only for the purpose of facilitating the conduct of the investigation.

According to the draft, the detention order could be exceeded up to eight weeks sanctioned by the Deputy Inspector General of Police and any further extensions will be only with the approval of a Magistrate.

TNA MP, M. A Sumanthiran contends that placing this draft bill for Cabinet approval is going back on the undertaking given by the government to TNA.

“At the initial stages when this draft was introduced we made a statement and showed how it was more drastic than the Prevention of Terrorism Act, then in force. In response to our concerns, a Parliamentary Oversight Committee was appointed before which I raised issues on why it was worse than the PTA. The officials who presented the Bill agreed to most of the amendments proposed by me, however, they did not agree to change the definition of terrorism. But, the Oversight Committee agreed to change the definition of terrorism which was adopted at the initial stage.” Sumanthiran explained.

According to MP Sumanthiran, the Parliamentary Oversight Committee had adopted the United Nations Working Group’s definition on terrorism.

“I see that this has also been dropped in this final draft that was rushed through Cabinet. It’s difficult to see why this is pushed for by the government, and we will obviously oppose this.” Sumanthiran said. The Foundation for Human Rights (‘FHR’) and the University of Pretoria’s Institute for International and Comparative Law in Africa (‘ICLA’) collaborating on the production of a joint paper reviewing the emerging draft of the ‘Policy and legal framework of the proposed Sri Lankan Counter Terrorism Act’ (‘PLFCTA’) where the latest draft was published on 6 April this year widely criticises the draft for its failure to comply with international human rights norms.

However, the report has highlighted some of the areas in which the final draft had improved on its predecessor.

It is understood that the new draft has responded to comments and advice on the 2016 draft received from a team of international experts as well as from Sri Lankan experts. Consequently, the new draft contains some positive developments, notably in relation to: the definition of terrorism; provisions relating to access to, and conditions of, places of detention; and the use of confession evidence.”

The report highlights several factors of the draft Bill which are considered, are in violation of international and human rights laws and norms. The list includes; Lack of public information and consultation, Definition of terrorist related offence, Pre-charge detention or

The report discusses at length the broad definition given to ‘an act of terrorism’.

The section that deals with the definition of terrorism in the report mentioned states: The PLFCTA states that the extraordinary powers conferred by the Act are available where “an offence contained in this Act is committed…”

There are three types of offences set out in Part III of the Act: the offence of terrorism; terrorism related offences; and associated offences.

Death or serious bodily injury to any person; or Serious damage to public or private property, including a place of public use, a State or government facility, a public transportation system, an infrastructure facility, or to the environment; or

Damage to property, places, facilities or systems referred to in paragraph (b) of this section resulting or likely to result in major economic loss; When the purpose of the conduct, by its nature or context, is to intimidate a population or wrongly compel a Government or an international organization to do or to abstain from doing any act, or to cause harm to the territorial integrity of Sri Lanka or any other sovereign state”

That definition is closely aligned with the definition contained in the Draft Comprehensive Convention on International Terrorism. As far as international norms are concerned, it is a reasonable definition to adopt in the proposed CTA.

By contrast, the definition of ‘terrorism-related offences’ is unreasonably wide. It is defined as: “Committing any of the following offences with the intention to or object of, or having the knowledge or reasonable grounds to believe that it would have the effect of adversely affecting territorial integrity, sovereignty of Sri Lanka, or the national security or defence of Sri Lanka, or the security of the people of Sri Lanka”

The report calls that more open discussion on the draft and proposed laws should have been held with the involvement of stakeholders and other interested parties. Although it recognises the discussions that were included in churning out these laws it is found to be insufficient. In conclusion, while commenting on the amendments that is adapted to the first proposed draft, the report proposes further consultation and amendments before tabling it.

“While the amendments made to the 2016 Draft are to be welcomed, the current PLFCTA contains a number of features inconsistent with the international human rights standards to which the Government of Sri Lanka has committed. Accordingly, prior to the tabling of legislation in Parliament, further consultation should take place, in a transparent manner, and further amendments should be made to transform the PLFCTA into a human rights compliant framework for countering terrorism.”

The PTA that was only introduced in 1979 was in response to the war situation that the country was facing at that time. “The operative words in using these drastic laws were to deal with a situation that is a ‘threat to national security’. Reading this I feel like we are still at war. Enacting this gives out the message that as a country we do not uphold rights granted under the ICCPR.” Prof. Jayawickrama concluded.