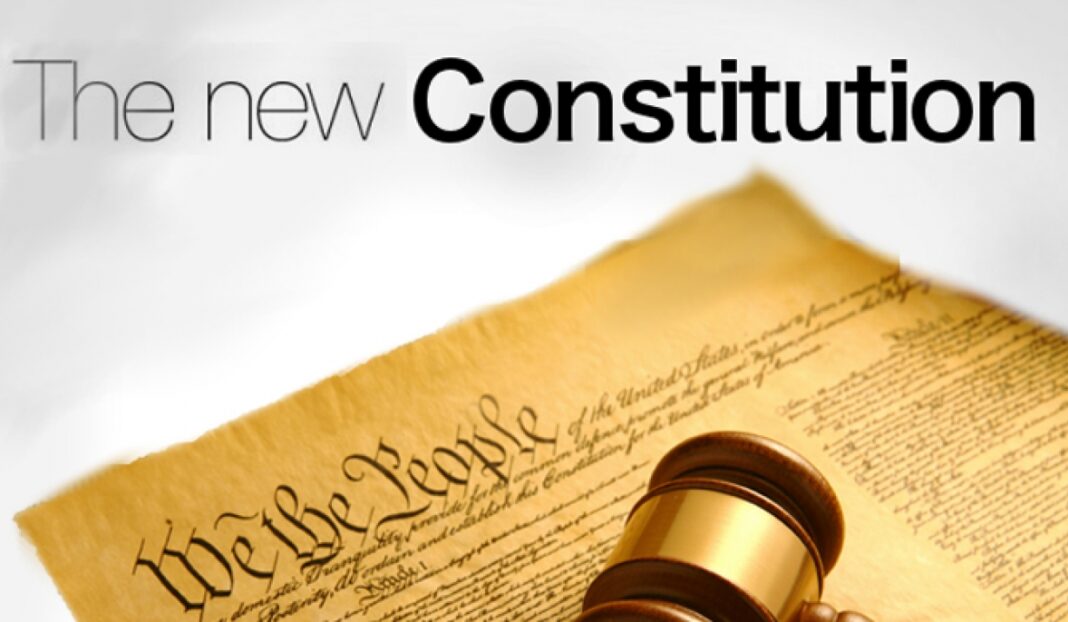 The Ministry of Justice issued an invitation to the public to submit proposals for consideration by an expert committee established to draft a new constitution to replace the Second Republican Constitution of Sri Lanka.

The public is requested to submit proposals by 30 November 2020, and they are requested to be brief. The sub-text from the Ministry of Justice is: This is a technical document. Pleases do not express your dreams, your hopes and your fears about the direction of the country or the role of the constitution in directing the country. This is not about expressing the ‘soul of the nation’ as the South African Constitution was described.

Eleven broad themes are outlined: Nature of the State; fundamental rights; language; directive principles of State policy; the Executive (President/Cabinet of Ministers/The Public Service); the Legislature; franchise and elections including referenda; decentralisation, devolution of power and power sharing; the Judiciary; public finance; and public security and any other area of interest not specifically mentioned above. Perhaps the independent constitutional commissions that are not included within these 11 themes can be accommodated under ‘any other areas of interest’. It is not clear at this stage if the ‘areas of interest’ should be of interest to the State or to the citizen.

Each topic must be addressed separately on A4 size paper. Will submissions be thrown out if they are submitted on the wrong-sized papers? Each topic must be addressed under its own heading. It is not clear how we will address cross cutting issues – such as fundamental rights in times of emergencies and threats to public security? How will we balance competing claims for equality, equity and fairness? Are constitutional boundaries so clear, cut and dry?

To those who were excited by the participatory and engaging constitution building processes developed in South Africa, Kenya and Uganda (among other countries) and also the engagement of the Public Representation Committee in Sri Lanka in 2016, this exercise appears to be perfunctory and clinical. Many in civil society have expressed the view that this is an exercise in window dressing, even a charade, and that the expert committee will do what it is directed to do.

Given the ‘executive-centric’ approach of the proposed 20th Amendment to the Constitution, one could say that the President has indeed thrown down the gauntlet and set the tone for constitution building under his watch. What he is being prevented from embedding through the 20th Amendment may still find its way into a new constitution.

Prior to the pandemic, some have recklessly expressed the view that Sri Lanka needed a ‘strong president,’ even a Hitler would be acceptable as ‘Hitler got things done’. However, while in the throes of the pandemic, with all public services being managed under the direction of military task forces, it appears that the public is looking for something else as well, such as basic democratic rights to information, and to human security.

It is clear from the countries that have done best under the trying circumstances of the pandemic – New Zealand, Denmark, Sweden, Norway – that they have done so because their people trust their governments to take their interests to heart. Constitutions that incorporate checks and balances and where these checks and balances are adhered to rather than undermined help engender the building of trust.

Sri Lanka has entered into several constitution making processes. The guiding principle of the 1972 Constitution was socialism that would end inequality. The 1978 Constitution promised rapid economic development under the direction of a strong executive president; a range of shenanigans took place under the constitution to buttress the power of the ruling party. The 13th Amendment was enacted during a period of increased violent conflict and it promised devolution of power within this centralised executive presidency to accommodate minority aspirations. That too did not deliver the required results. The 19th Amendment and the Constitution promised in its aftermath to end all the ills of the centralised, autocratic presidency. The promised subsequent constitution did not see the light of day. Nevertheless, the Public Representation Committee engaged directly with communities and documented their views on a range of issues. These views were not taken into account by the former government and did not inform any action. Will they be considered this time around?

We the people may well ask, what is the guiding principle of this new constitution making process, and what does it seek to achieve?

The Roman Empire in its declining stages was known for the Roman circus and gladiator sports that were deployed as a public distraction. We in Sri Lanka may become equally famous for our constitution building processes that distract from the Executive intent. The public has a right to know what the new constitution seeks to achieve and, despite their well-founded skepticism, should consider re-engaging in this process.

(The writer is the Executive Director at Law and Society Trust.)