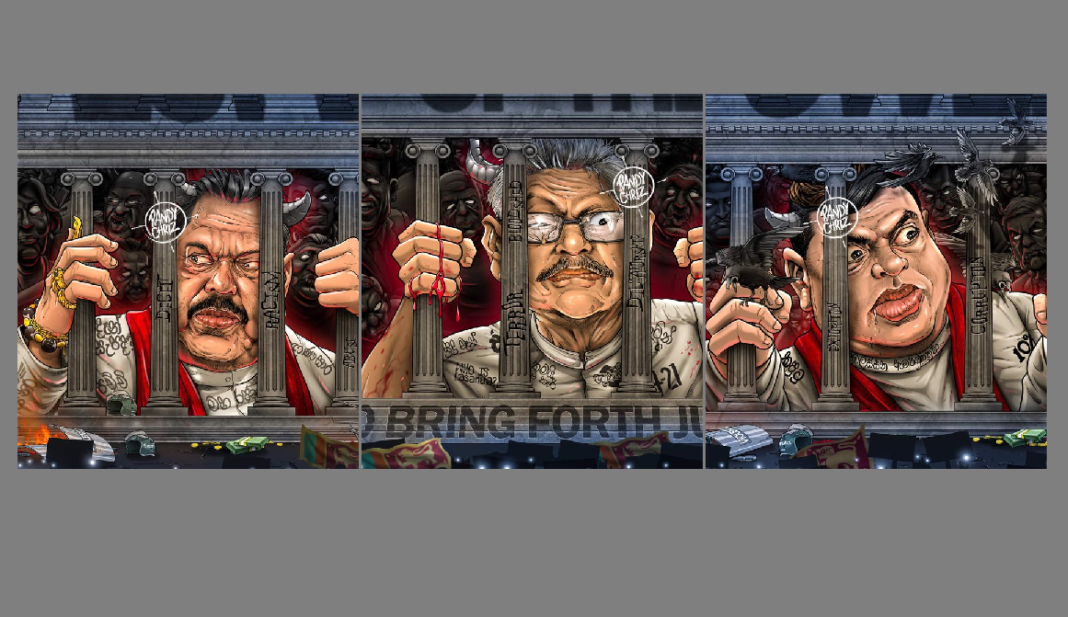 The findings of the Centre of Policy Alternatives’ survey of the Confidence in Democratic Governance Index (Wave 2) conducted by Social Indicator (SI) send an unequivocal message to the government that the current public outcry against the economic and political crisis in the country is not limited to the protest sites in Galle Face but is spread throughout the country among both men and women from all ethnic and economic groups.

The survey findings show that an overwhelming majority of Sri Lankans have been affected by the current crisis. Eighty eight percent of Sri Lankans claim that either they or a member from their immediate family have had to stand in queues to obtain essential items such as gas, fuel, milk powder, fertiliser and other basic goods during the past one month. Nine out of ten people claim that either his or her income or the income of a member from their immediate family has been affected as a result of the economic crisis.

The survey findings also reveal how this crisis has awakened public consciousness on democratic citizenship. Close to half of Sri Lankans – men and women equally – have taken part in at least one of the protest campaigns against those who are responsible for the plight of the country.

The scientific opinion poll aims to capture a snapshot of public experiences under the current crisis situation and examines the causes for the crisis as well as the solutions to the crisis from the lenses of the public. Given the fragile political condition, the survey was conducted within a very short period of time employing SI’s countrywide field network.

Across the country people unanimously blame the Gotabaya Rajapaksa government for the current financial crisis which is considered to be the worst crisis in post-independence Sri Lanka. Sixty two percent of Sri Lankans blame the economic mismanagement of the Gotabaya Rajapaksa government while 14.5% and 14.4% respectively blame the economic mismanagement of governments since independence and the country’s corrupt political culture.

The study tested public support towards some of the proposals put forward by various parties to address the current crisis. More than 96% of Sri Lankans believe that all politicians should be audited and all their unaccounted wealth should be confiscated by the state. Nine out of ten Sri Lankans hold the opinion that Prime Minister Mahinda Rajapaksa should resign and that the Rajapaksa family should leave Sri Lankan politics. Eighty seven percent support the demand that President Gotabaya Rajapaksa should resign. Therefore the survey clearly indicates that in people’s minds the Rajapaksas have no role to play in solving the crisis and removing them is seen as the way out of the current crisis. It is important to note that this view is harbored by all ethnic communities including the Sinhala majority who overwhelmingly voted him in three years ago.

There is clear public support for the other proposals such as that the country should be governed by the council of experts until it overcomes the current crisis, abolishing the executive presidency, establishing an interim government comprising of all parties in Parliament and repealing the 20th amendment and replacing it with an amendment similar to the 19th amendment to the Constitution. However, people seem to be cautious about the proposal that demands all 225 members of parliament to resign. Only 56% of Sri Lankans support such a proposal. According to the survey findings, the support for those proposals does not vary significantly across different ethnic communities.

A significant majority of Sri Lankans expressed pessimism about their future. Only 2% believe that the country’s economy will return to its normal status soon while 58% think it will take a long time and 14% think that it will take some time. A little over a quarter of Sri Lankans state that they do not know as to when the country’s economy will return to normalcy.

The Confidence in Democratic Governance Index (Wave 2) was carried out using a semi-structured questionnaire with 1,200 sample respondents from the four main ethnic communities (Sinhala, Tamil, Up Country Tamil and Muslim). The sample distribution captured men and women from both urban and rural localities in all districts.

Field work for the national poll was conducted from April 19 to 25. The dataset was weighted in order to reflect the actual district and ethnic proportion of the population. The data set was analysed using the Statistical Package for Social Sciences (SPSS).