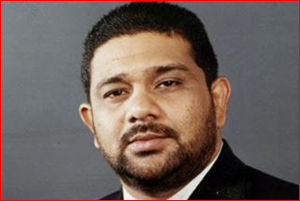 Public Statement / 7 May, 2013
We the undersigned, vehemently condemn the arrest and detention of Former Deputy  Mayor and General Secretary of the National Unity Alliance (NUA), Azath Salley, by a team of officers from the Criminal Investigation Department (CID) and the Terrorism Investigation Department (TID), on Thursday, 2 May 2013 morning, and call for his immediate release in the absence of any demonstrable evidence.

Mr. Salley was arrested under the draconian Prevention of Terrorism Act (PTA) and he has been placed under detention for further interrogation by the CID for 3 months under Section 2(1)(h) of the PTA. Section 2(1)(h) states that a person who has committed an offence under the PTA “….by words either spoken or intended to be read or by signs or by visible representations or otherwise causes or intends to cause commission of acts of violence or religious, racial or communal disharmony or feelings of ill-will or hostility between different communities or racial or religious groups…”

The unlawful arrest and detention of Mr. Salley is in a context where there have been increasing attacks and threats against minorities, a growing spate of incidents of religious intolerance, and clamping down of critics of the Government and dissent on the whole. Mr. Salley has been a vocal critic of the extremist group Bodu Bala Sena (BBS) and the anti–Muslim activities of the Jathika Hela Urumaya (JHU), and has been actively involved in efforts to initiate legal action against both groups. He has also promoted minorities to unite against the racist rhetoric and actions of such groups. In addition, Mr. Salley has been publicly critical of the indirect support given to these elements by the Secretary to the Ministry of Defence, Gotabhaya Rajapaksa.

On 24 April 2013, in an interview to the Tamil Nadu bi-weekly magazine “Junior Vikatan”, Mr. Salley is alleged to have said that “the Muslims too should launch an armed struggle against the state in the same manner in which Tamils conducted a campaign earlier…(and) that such a struggle would commence once necessary arms are procured.” Mr. Salley has later written to the magazine stating that he was misquoted. The magazine published a correction on 4 May 2013.

Mr. Salley has been on a fast since his arrest on 2 May in protest against his unjust arrest, and demanding his release. Since his arrest, he has been moved from the 4th Floor of the CID to the National Hospital as he had collapsed due to lack of food, water and medication. There are concerns his condition can deteriorate if not urgently addressed, as he is a diabetic and in need of medication. He was initially refused visitors, including visits from his immediate family and lawyers, and was placed under heavy police guard. On 5 May, regardless of medical concerns, Mr. Salley had been moved back to the 4th Floor of the CID. 2

Mr. Salley’s had to be carried to the meeting room on the 4th Floor to meet with his lawyer yesterday (6). On seeing the deterioration in his condition, his lawyer had insisted that authorities re-hospitalize him immediately.

We may not agree with all of Mr. Salley’s political positions, however we are deeply concerned with the treatment meted towards him which seems to be a result of his position against hate propaganda and opposition to extremist groups. Whilst we recognize the responsibility of the State to investigate hate speech and other actions aimed at inciting communal disharmony, we wish to highlight the lack of fair and due process on the part of the State in the unlawful arrest and detention of Mr. Salley. Given the context and the charges, it would seem that Mr. Salley’s charges are politically motivated.

We also note the speed with which the Government and State actors acted on the arrest of Mr. Salley based on a misquoted interview. This is in a context of an increasing number of instances of hate speech and violence in Sri Lanka, with evidence publicly available identifying the perpetrators. Unfortunately, such incidents have not been independently investigated and perpetrators brought to account. Sadly, this incident is yet another reminder that the Government has resorted to strong-arm tactics to silence and harass critics, while turning a blind eye when actual incidents of violence occur. It is of serious concern as to the reasons for this unlawful arrest and the detention of Mr. Salley, and it sends a chilling reminder to all critics of the Government of reprisals.
We, the undersigned call for his immediate release.