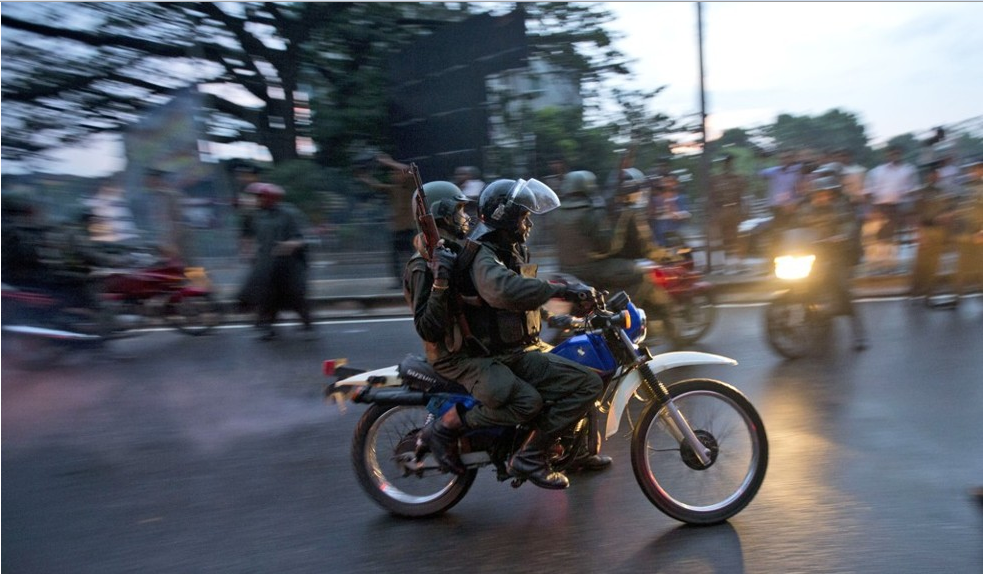 The complete text of the statement:

The media has reported that the number of prisoners who died in the clash that occurred in Welikada prison is nearly 30. This is the number that has been reported. The real number could be more. The cause of the clash is carrying out an inspection in the prison deploying STF troops. It is true that there are drugs, mobile phones and various other illegal things within the prison. The prison could be made free of them by closing the avenues they are brought to the prison. Deploying Army or STF troops for inspection or operations in the prison is an invitation to clashes that end in tragedy. There was a similar clash when police was deployed in an earlier instant for an inspection in the prison. Creating another situation for a similar clash when the experience of the earlier incident was obvious displays idiocy of the authorities.

The government authorities have the weird mentality of deploying Army or STF troops for any task in Sri Lanka. Deploying military personnel in civilian affairs as well as improvidently using them in prisons for inspections would bring dire results.  There are directors and officials for the internal administration of the prison. It has been proved yet again that deploying military personnel instead of taking steps to get the prison officials carry out their duties properly would bring in very harmful results.

What is the final result? A number of lives have been destroyed by carrying out an operation in the prison to find alleged frauds and illegal goods. We condemn government’s idiotic decisions of playing with lives of people and emphasize that authorities should take measures to halt repetition of such occurrences. We also emphasize that an impartial inquiry should be held regarding the incident and measures should be taken to do justice to the victims.
LT