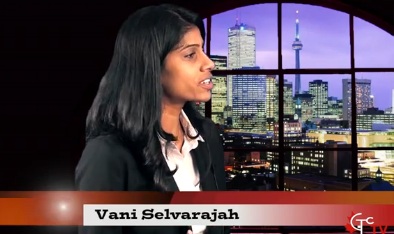 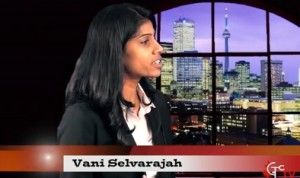 Vani Selvarajah/Lawyers’ Rights Watch Canada
Thank you Mr. President.
Lawyers’ Rights Watch Canada welcomes the Secretary General’s report detailing cases
of reprisals for cooperation with the United Nations. We welcome the importance and
much needed attention given to this serious issue.
We would like to particularly thank Madam President and Madam High Commissioner
for repeatedly raising concerns about reprisals, and the Secretary General for reminding
states of their responsibility to protect those who risk their lives to defend human rights.

Unfortunately, despite several calls for action, a number of states continue to engage in reprisals against human rights defenders– among these countries are Bahrain, Malawi, Sri Lanka and Sudan.

In Bahrain, the systematic persecution of human rights defenders remains deeply alarming. Most recently, reprisals took place against human rights defenders in Geneva who took part in Bahrain’s UPR. Bahrain newspapers described them as “traitors” and they subsequently became victims of smear campaigns and violence.

Elsewhere, human rights defenders in Sri Lanka face a climate of fear, intimidation and threats. The space for free expression and association has been severely restricted by government legislation requiring NGOs to obtain government clearance for all gatherings and activities. Similarly, news websites covering Sri Lanka have been ordered to register  with Sri Lanka’s information ministry, after officials stated that a number of websites had
already been blocked for engaging in “character assassination” of the President.1

This intimidation has followed activists to Geneva, as human rights defenders in this very building have been directly approached by members of the Sri Lankan delegation and told that, “they should not be in Geneva.”2 They also faced violent threats from government ministers and media in Sri Lanka. One Minister pledged to “break the limbs” of journalists and human rights activists who advocated for the UNHRC resolution that passed this March.3 Lawyers’ Rights Watch Canada commends these human rights defenders who have courageously chosen to return to Geneva and are with us here today.

LRWC calls on the Council to systematically condemn and respond to harassment and intimidation against human rights defenders. Without their work, the objectives and even the existence of this very Council are endangered.
Thank you Mr. President.
————-
foot notes
1      Sri Lanka blocks websites for ‘maligning’ president, Charles Haviland, BBC News, 7 November 2011,
available at http://www.bbc.co.uk/news/world-asia-15621160.
2      Cooperation with the United Nations, its representatives and mechanisms in the field of human rights,
Report of the Secretary-General, 13 August, 2012, page 10, A/HRC/21/18.
3      Sri Lanka minister Mervyn Silva threatens journalists, BBC, Charles Haviland, 23 March 2012.

Statement made Under item 4 at 21st session of HRC, Geneva.