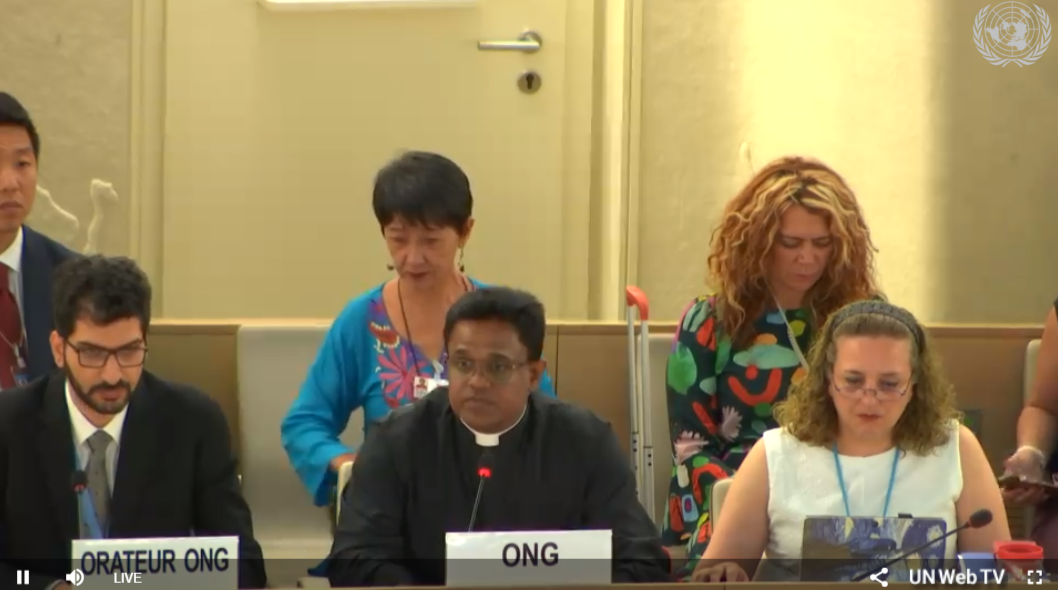 Franciscans International, International Movement against All Forms of Discrimination and Racism (IMADR) and Asian Forum for Human Rights and Development (FORUM-ASIA) welcome the Oral update of the UN High Commissioner for Human Rights. We join her in expressing condolences to survivors, victims’ families and communities devastated by the Easter Sunday terrorist attacks. We share her concerns at the escalation of hostility and violence against Muslims following this tragedy. We stand in solidarity with Muslims subjected to attacks, hostility, suspicions and discrimination, especially women. We call on the government to ensure accountability for all past and ongoing atrocities against Muslims, including the incidents in Gampaha and Kurunegala districts in May 20191.

Publicly available information, particularly testimonies to the Parliamentary Select Committee indicate negligence to take appropriate action to despite information made available to authorities about prior to the bombings. In this context, we call on the government to update the Council and the public about proceedings of Supreme Court cases seeking accountability for alleged negligence in relation to the bombings.

The continuation of Emergency Regulations and the Prevention of Terrorism Act (PTA), with their curtailment of rights in the absence of adequate checks and balances are of grave concern, particularly in context of decades long abuse of these laws during Sri Lanka’s civil war. Similarly, we are concerned at the emerging trend of abusing the ICCPR Act to criminalize freedom of expression. A writer remains imprisoned for nearly three months for legitimate exercising his right of freedom of expression and another woman was detained for several days for allegedly offending Buddhism.

The Council must continue and strengthen its engagement with the Government of Sri Lanka to ensure its fulfillment of all the commitments in HRC resolutions 30/1 and 40/12.

The Easter Sunday bombings, and political imperatives such as the upcoming elections, must not be used as excuses to further delay reconciliation, justice and accountability for alleged war crimes, and large-scale violations of international human rights and humanitarian law during and after the war. The government must take urgent measures to redress enforced disappearances, and arbitrary detentions under the PTA, release private land occupied by the military, and provide reparations. The recent incidents must also not be allowed to affect long term struggles, among others, to reform Muslim Marriage and Divorce Act, guarantee decent wages, living and working conditions for tea plantation workers, and protect communities affected by development projects such as the Port City.