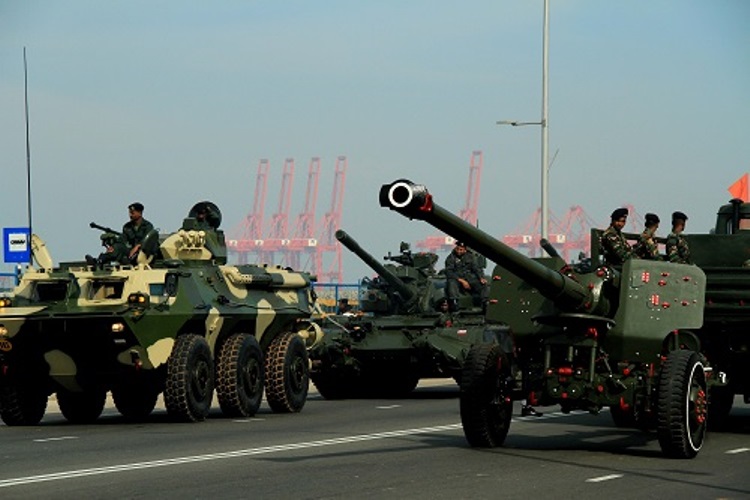 ECONOMYNEXT – Sri Lanka’s military commanders banning controversial chief minister of the eastern province and announcing a boycott of his events has caused serious anguish in the political establishment.

Defence Secretary Karunasena Hettiarachchi conveyed the military diktat to the media last week as the military’s response to Chief Minister Naseer Ahamed publicly upbrading a navy officer during a school ceremony in Sampur.

Top officials involved in the incident told Economynext that the video footage shared on social media showed only the part where Ahamed calls the officer an “idiot” and asks him to “get out” but leaves our crucial build up.

A senior civil servant pointed out that even of the chief minister was at fault, the military had no business issuing such a diktat saying they will boycott any public event attended by Ahamed.

“Will the military boycott the next national day event in Trincomalee,” the officer asked. He added that the defence secretary too may have blundered in giving publicity to the military commanders’ extra ordinary move against an elected representative.

At the root of the problem is the chief minister’s belief that he was somehow side-lined by the organisers of the private event at the Sampur Maha Vidyalaya.

In a letter to both the President and the Prime Minister, Ahamed has expressed his “unequivocal regret and apologies to all those who were present,” including Rear Admiral Neil Rosairo who was at the receiving end of his ire.

Ahamed also maintained that the officer obstructed him from getting on stage although he had invited there by Governor Austin Fernando.

Ahamed’s letter raises key issues arising from the spat and focused on the security forces decision to boycott events attended by him.

“I condemn this as a political decision by the forces whose leaders appear to have joined hands to look at the issue from the limited perspective of protecting the offenders within their ranks and not from the broader prospect of establishing truth and justice,” Ahamed said.

Irrespective of what the truth is, the main issue arising from the military reaction is if Sri Lanka’s military is going the way of some other Asian nations whose political establishment has been usurped by the military.

Top government sources said a troubling case in point was the alleged role of the military intelligence in the abduction and the disappearance of cartoonist Prageeth Eknaligoda and the subsequent attempt to subvert the course of justice.

Admiral Rosairo has been transferred to Colombo and the navy has said that it has nothing to do with the Sampur incident but that the transfer had been ordered three weeks earlier.

A final decision is awaited after the return to the island by both the President and the Prime Minister. (COLOMBO, May 29, 2016)
EN