Comply with International Human rights standards if you are to really to get relief for the international community- M.A. Sumanthiran (M.P.) 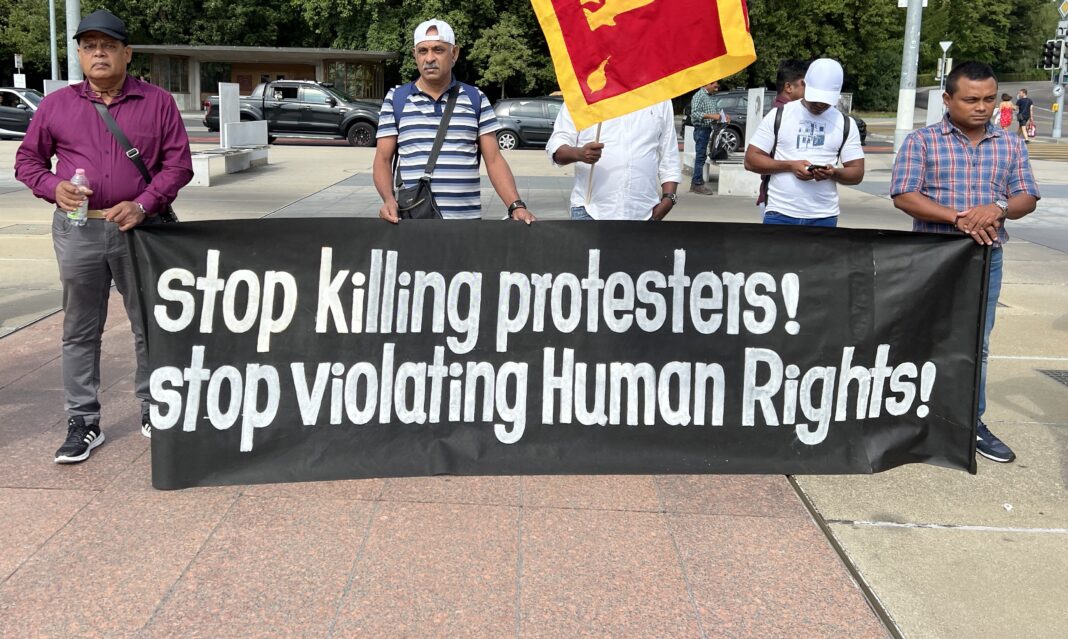 I am just contrasting that, with the promise to grant relief to kerosene users, yet no allocation is made. Now this is significant because the whole approach of this government is to silence the middle class and upper – middle class.

But you are doing that because you think, if you silence the upper middle class, then you can get by with blue murder- blue murder is what is happening around the country all round, every day we here of shooting; people being shot dead here, there, everywhere.

Police are not investigating any of those crimes. Police in their thousands are deployed to stifle genuine peoples’ protest, when there are 500 people marching there are about 1000 policemen who go to stop that protest.  Tear gas is used water cannons are used, and now, low-and behold, the PTA is used.

Now this economic recovery and your manner of governance have a strong connection. If a beggar comes to my door step and beg for food for his children, I’ll be compelled to give some money. He might come regularly – get some money and go. But the day I find out that he is using that money to get drunk and go home and beat up his wife and children, naturally I will stop giving him money after that.

So that’s what the international community also does. You scream here saying “how can you stop giving us money?” you can’t prescribe to us human rights standards ect… no you can. If you find that the money is being misused, or you are oppressing other people in this country, surely those countries will not lend you money.

I must say something else also, we are all glad that there had been a staff level agreement reached with the IMF. The government announced that, well and good. But as soon as the government announced it, this is what the IMF issued – A statement; and I quote “the new staff level agreement is subject to the approval of IMF management and the executive board in the period ahead, contingent on the implementation by the authorities of prior actions including financial assurances from Sri Lanka’s official creditors,” this is contingent on something, it is not done yet, we hope it’ll be done.

But you have an obligation, you have to first perform that, budget needs to be consistent with the economic reform programme and macro-economic framework underlying by the IMF. So this is a statement that had been issued, similarly the government was heard the last couple of days saying Japan was going to lead a conversation with a group of countries to assist Sri Lanka with regard to bridging finance.

So I think the President when he became the Prime minister came on national television  and said I will not hide anything from the people, I will tell you the truth- but now that is blurring a little.  That has started to blur, you are not telling the whole truth. You are now beginning to tell the people that they like to her, what we also like to hear. But that’s not the whole truth.

I heard these speakers in the government saying we complained about reducing the VAT rate, yes we complained, that was one of the main causes for this economic crisis from 15% to 7 % but the answer doesn’t lie in increasing it back to 15 % after the country has fallen into this debt. And after the people have been subjected to all the hardship and the economic deprivement that they have been subjected to, that is not the answer, so the interim budget only heaps more misery on people there are some good aspects with regard to relief, Samurdi recipients numbers being added 726,000 more and all of that but all that is taken away by an increase in VAT 3% which is an indirect tax that all will have to bear.

Therefore increasing the deficit and hoping to supply that deficit through local revenue is not the answer. You have to comply with International Human rights standards if you are to really to get relief for the international community.

(The transcript of speech made in Parliament today on the interim Budget debate by Hon. M.A.Sumanthiran M.P.)