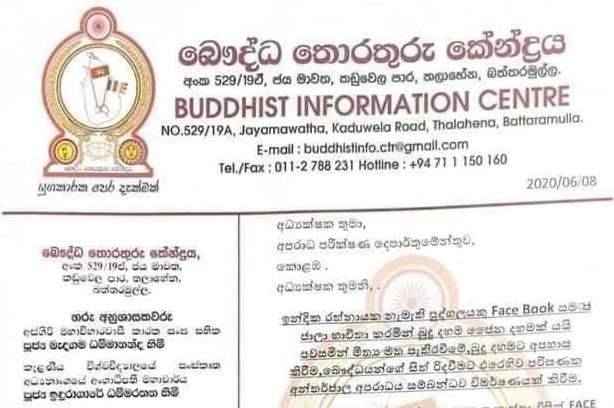 Summons has been issued to social media based online commentator, Indika Rathnayaka, to be present at the Organised Crimes Prevention Division, on 29 July, to record a statement.

On 8 June, Executive Director of the Buddhist Information Centre (BIC), Ven. Angulugalle Siri Jinananda Thera lodged a complaint in writing with the Director of the Criminal Investigation Department, claiming that Rathnayaka was, through Facebook posts and the formation of Facebook based groups and networks, disseminating mythical ideas about the Buddha and Buddhism, and alleged that Rathnayaka’s actions have thus caused unrest among Buddhists and were misleading the younger generation. 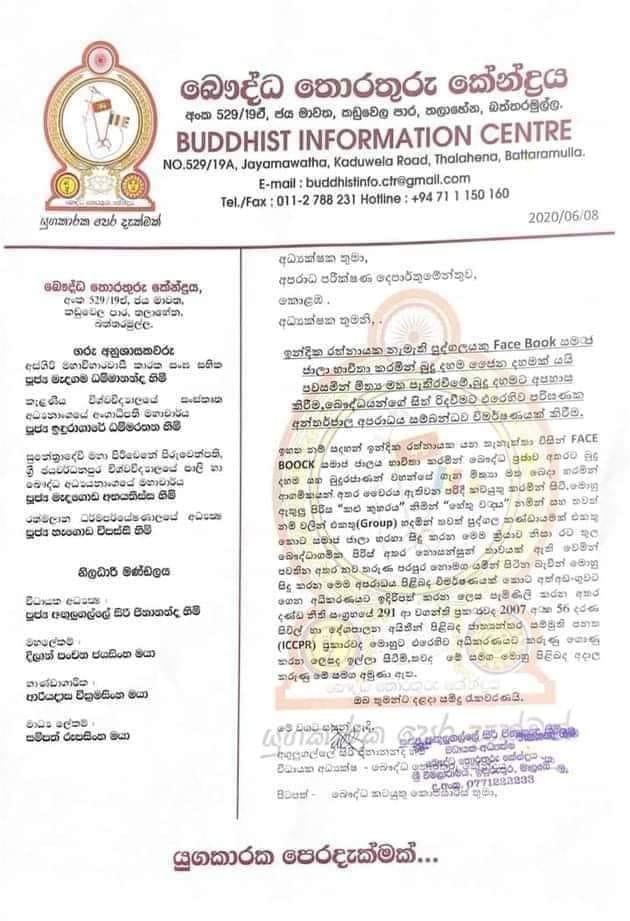 The monk has thus requested a probe, followed by Rathnayaka’s arrest and production before a Court on charges framed under Section 291B of the Penal Code (committing the offence of the deliberate and malicious intention of outraging the religious feelings of any class of persons by words written, insults or attempts to insult the religion or religious beliefs of that class – conviction carries a term of imprisonment and/or a fine) and Section 3 of the International Covenant on Civil and Political Rights Act, No. 56 of 2007 {Section 3(1) on committing the offence of propagating or advocating religious hatred that constituted an incitement to discrimination, hostility or violence – conviction carries a term of rigourous imprisonment}.

Subsequently, on 10 June, Rathnayaka who is professionally a health worker attached to the State health service lodged a complaint with the Human Rights Commission of Sri Lanka (HRCSL) citing the infringement of his Fundamental Rights (FR), specifically imminent arbitrary arrest {Article 13(1) of the Constitution} and detention {Article 13(2)}.

Rathnayaka in his complaint seeking the HRCSL’s intervention, also cited the breach of his democratic rights and violation of his FR guaranteed under Articles 10, 12(1) on the right to equality and equal protection of the law, 12(2) on freedom from discrimination on the basis of religion and political opinion, 14(1)(a) on the freedom of speech and expression including publication, 14(1)(c) on the freedom of association, 14(1)(e) on the freedom of manifesting one’s religion or belief in teaching, and 14(1)(f) on the freedom to enjoy and promote one’s own culture.

Rathnayaka will also be filing a FR petition with the Supreme Court in this regard.