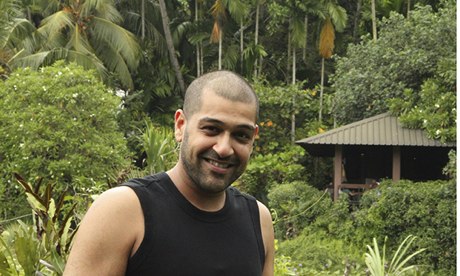 Prince Charles offered to help in the effort to win justice for a British man who was murdered in Sri Lanka – allegedly by a close political ally of the country’s prime minister.
The high-profile case of Khuram Shaikh, a 32-year-old Red Cross worker from Rochdale who was killed in 2011, has cast a shadow over the Commonwealth heads of government meeting in Colombo next month, which is due to be chaired by Prince Charles and attended by David Cameron.

Shaikh, whose girlfriend was the victim of a serious assault in the same attack, was allegedly killed by a figure who is a close friend of the Sri Lankan prime minister, Mahinda Rajapaksa, and a key political fixer for his Sri Lanka Freedom party in the country’s south.

Despite forensic evidence linking Rajapaksa’s ally to the crime, no charges have been brought, and this has prompted allegations of a coverup.

The disclosure that Prince Charles has taken a private interest in the case comes the week after Cameron was put under pressure over the case at prime minister’s questions by Rochdale MP Simon Danczuk. That led the prime minister to promise that he would personally raise concerns with Rajapaksa.

Now the Observer understands that Prince Charles has discussed the case, though when contacted about the Prince’s intervention, Clarence House insisted that it had had no contact with the Sri Lankan government.

The discreet intervention comes as Danczuk is repeating his request that Cameron boycott the meeting unless there is clear progress in the stalled murder investigation.

The decision to hold the heads of government meeting in Colombo has been dogged by controversy from the start. Canada has said it will boycott the summit because of its concerns about the host country’s human rights record and continuing extrajudicial killings, while Cameron has also faced calls to boycott the meeting.

Critics say the lack of justice for Shaikh is emblematic of the widespread impunity enjoyed by those accused of human rights abuses in the country. Shaikh was stabbed in the throat and shot dead after he complained about a group of men sexually harassing his Russian girlfriend as they enjoyed a drink at a small hotel in Tangalle in the south of Sri Lanka in the early hours of Christmas Day 2011.

The subsequent beating into unconsciousness and gang-rape of Shaikh’s girlfriend is recorded in the Sri Lankan police file on the case, despite recent attempts by the Sri Lankan government’s chief whip, Dinesh Gunawardena, to deny that the rape took place. Eight people, including the politician, were arrested and bailed last year.

Although Sri Lankan police completed their investigation months ago, including the examination of DNA evidence said to link the accused to the crime, no charges have been laid.

According to Sri Lankan media, officers from the country’s CID presented the DNA evidence last month at the magistrates’ court in Tangalle, where the murder took place, stating that it linked the accused politician and two others to the crime.

Speaking to the Observer on Friday, Shaikh’s bother, Nasir, described the continuing anguish that has been suffered by his family as the case has dragged on inconclusively.

“My father still visits the grave every day. It has been so hard for the family. But this isn’t going to go away.

“When we visited Sri Lanka we were told that what was holding up the case was the collection of the final witness statements and the DNA evidence, which was described as the last piece of the jigsaw. But they have had that material for months and still there have not been charges.”

Nasir Shaikh is in two minds about whether Cameron should join the Canadians in boycotting the summit. “It is a difficult question,” he said.

However, Danczuk said he was “not sure that Cameron should go and that a British prime minister should shake hands” with his Sri Lankan counterpart until the issue was resolved. “He should not go unless we have seen charges by the time of the summit.”

The Sri Lankan government has tried to deflect criticism over the slow progress of the investigation but, despite promises on numerous occasions that the case was about to come to a head, nothing has happened.
In December last year Neville de Silva, Sri Lanka’s acting high commissioner to the UK, in an interview with the Guardian, dismissed suggestions of government interference or deliberate delay, adding that he had been told by the attorney general’s department that “non-summary inquiries” were due to begin shortly.

The Shaikh affair has fed into a wider pattern of concern over human rights in Sri Lanka, given new focus by the decision by Canada’s prime minister, Stephen Harper, to boycott the summit. Harper announced that he would not be attending during a visit to Bali earlier this month, and said the absence of accountability for serious violations of human rights, both during and after the country’s civil war, was unacceptable.

“It is clear that the Sri Lankan government has failed to uphold the Commonwealth’s core values, which are cherished by Canadians,” he said.
The Guardian