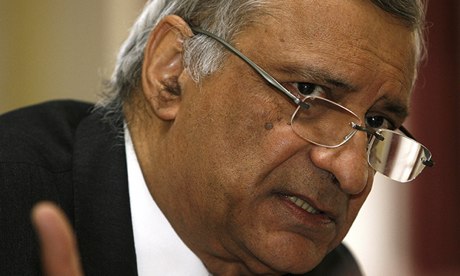 Robert Booth, and Jason Burke in Delhi /The Guardian,

Canada has launched a direct assault on the authority of the Commonwealth secretary general, attacking him as a stooge for a Sri Lankan regime it accuses of serious human rights abuses.

On Tuesday Hugh Segal, Canada’s special envoy to the Commonwealth, accused Kamalesh Sharma of “acting as a shill [a stooge] for the Sri Lankan leadership, defending their every mistake”.

His remarks intensified the row over the Commonwealth’s decision to host its biennial heads of state meeting in the Sri Lankan capital of Colombo next month. Canada’s prime minister, Stephen Harper, announced on Monday that he would boycott the summit because of alleged human rights abuses by Mahinda Rajapaksa’s government, which until 2009 was engaged in a brutal civil war.

India, the Commonwealth’s largest country, is undecided about whether its prime minister, Mahoman Singh, should attend.

Harper complained of “reported disappearances, and allegations of extra judicial killings. It is clear that the Sri Lankan government has failed to uphold the Commonwealth’s core values, which are cherished by Canadians.”

Canada is the Commonwealth’s second biggest funder after the UK and is now reviewing its £12m a year financial backing and looks set to cut support for the secretariat headed by Sharma.

The United Nations last month warned of “continuing high levels of harassment and intimidation of human rights defenders, lawyers and journalists” in Sri Lanka. India this week reiterated calls for all sections of the Sri Lankan population to be treated with “equality, justice, dignity and self respect”.

Richard Uku, a spokesman for the Commonwealth, said it respected Canada’s decision but that Commonwealth leaders had made a collective decision in 2009, confirmed in 2011, that Sri Lanka would host the summit.

He said Sharma looked forward to Canada being represented by the parliamentary secretary to the minister of foreign affairs.

The Queen, who is head of the 53 state grouping, has already said she will not attend next month’s meeting. While Buckingham Palace put the reason for her absence down to a review of her long-haul travel, others suspect her decision may have been informed by the potential awkwardness of attending when one of the most powerful Commonwealth nations was taking such a strong stand.

“It was a very significant decision,” said Professor Philip Murphy, director of the Institute of Commonwealth Studies at the University of London. “This is her most important political cause and her absence is going to change the atmosphere. It means that governments that are critical of Sri Lanka may be more comfortable speaking out and David Cameron may be under pressure to take some sort of a stand.”

Segal told the Guardian that Sharma, an Indian diplomat, had concealed crucial legal advice showing Rajapakse’s sacking of the country’s chief justice in January was “illegal, unconstitutional and a violation of international law”. A spokesman for Sharma defended his position, saying “the advice was sought in confidence and it was not necessary for him to discuss it in public”.

Segal said that if Sri Lanka was not hosting the summit it would have faced suspension from the 53-country group months ago.

In an article in Toronto’s Globe and Mail on Tuesday he wrote: “I went to Sri Lanka as a fact finder for our foreign minister in April of this year. I saw wonderful new highways and buildings in Colombo that would rival those in Toronto. I also saw the bullet holes above the sofa in the office of the editor of a Tamil language newspaper in Jaffna.”

Canada looks likely to be isolated in snubbing the summit. Tony Abbott, the Australian prime minister, told Rajapaksa he would attend, citing significant bilateral dealings with Sri Lanka over people smuggling. The country’s foreign minister, Bob Carr said: “Our view is that any suggestion of a boycott would be counterproductive. It would simply isolate the country and render it defiant of international opinion.”
John Key, New Zealand’s prime minister, confirmed his attendance last month at a meeting in which he also asked for Sri Lanka’s support in its bid for a seat on the UN security council. Twelve other heads of state, including from Ghana, Malaysia, Rwanda Tanzania and Uganda, have also agreed to speak at the associated Commonwealth Business Forum.

Analysts in Delhi said that while Singh’s attendance would anger India’s substantial Tamil population and thus be a political risk for the Congress party, which is facing elections in spring, a significant boycott was unlikely.
“India is very uncomfortable with that sort of thing,” said Shyam Saran, a former foreign secretary. “Though the relationship with Sri Lanka is not as cosy as it could be and there are strong domestic dimensions, there is a general recognition in government that both the relationship and the meeting, are nonetheless important.”
Murphy said reluctance to follow the boycott was partly due to fears that an isolated Sri Lanka could quit the Commonwealth, allowing China greater influence in the region, and a belief among some member countries that development, rather than human rights, should be the priority.

“Most members will go with varying degress of enthusiasm,” he said. “But this is damaging the Commonwealth itself. It has tried to reinvent itself as a values-based organisation promoting democracy, freedom of the press and human rights and it is going to hold its big summit in an oligarchy. It is increasingly authoritarian and it makes the Commonwealth look ridiculous at the one moment when it gets a modicum of attention.