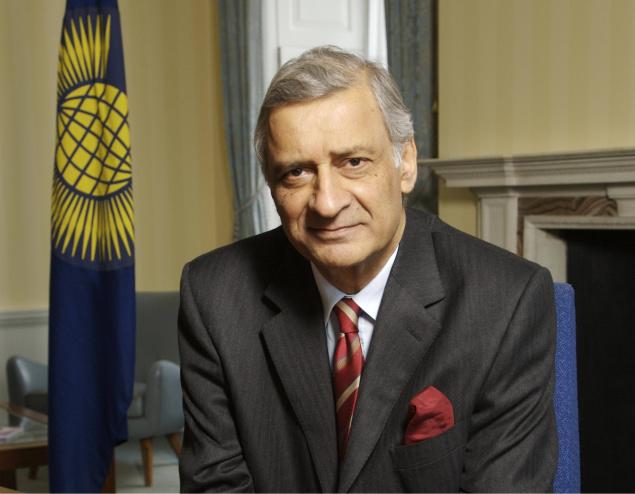 Commonwealth Secretary General Kamalesh Sharma has called for scaling down Sri Lankan Army’s role in the war—ravaged northern province to address the “legitimate concerns” of the Tamil population.

“The steps that needed to be taken to empower the people affected by the conflict include addressing legitimate concerns about restricted and monitored movement of both the citizens of the province and those visiting them for lawful purposes,” Mr. Sharma said after visiting Jaffna, the erstwhile bastion of the LTTE.

“A continued reduction of the military role in civilian life in the (northern) province was important to see legitimate concerns of Tamils being addressed,” he added.

After the travel restrictions imposed in the northern provinces earlier this month, all foreign passport holders now require a permit before travelling to these areas.

Mr. Sharma, who is on a five-day official visit to Lanka, also criticised Sri Lankan Commissioner of Elections for lacking independence.

The Commonwealth was looking forward to deploy a team of poll observers in Lanka’s presidential elections expected to be announced soon, he said.

Earlier on Monday, Sharma met Sri Lankan President Mahinda Rajapaksa and discussed the reforms and objectives agreed upon at the Commonwealth Heads of Government Meeting (CHOGM) 2013 that took place in Colombo last November.

Mr. Rajapaksa is the current chair of the 54—nation body.

Sri Lankan Army fought a near three-decade-long civil war with the militants of Liberation Tigers of Tamil Eelam (LTTE), who wanted to create an independent Tamil state called Tamil Eelam in the north and the east of the island country.

The LTTE was defeated in 2009 following the death of its chief Velupillai Prabakaran.

The last phase of the civil war in 2009 has led to widespread accusations of human rights violations by both the army and the LTTE militants, leading to a UN investigation into alleged war crimes.