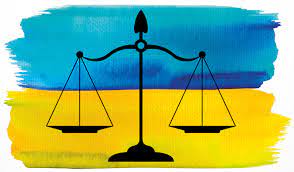 Perhaps the one issue on which there is general consensus in Sri Lanka is that the country has become a lawless society and that this fact is at the root of all the management problems that the country is faced with.

These substantial alterations are not just a matter of the letter of the law. They have far reaching economic and political consequences. The Government’s design for the original Bill would have been at the request of the investors who wanted certain conditions for engaging in business and bringing in investments to the Port City. The Government originally agreed to these conditions and drafted the original Bill in keeping with these demands. Now, the Government has disappointed the investor or the investors. The conditions that they thought were prerequisite for the security of their investments are no longer available.

Now, besides this disappointment, there is a further factor about the nature of the authority that is the nature of the Commission which was supposed to have all the power to run this City. Because of the intervention of the Supreme Court, the Government had to give some guarantees about who will be appointed to this Commission. That at least five of them will be Sri Lankans has now been agreed upon. This would also mean that at the management level itself there is a conflict between what the investor or the investors wanted and what has now been stipulated upon. That is a major distinction in the design of the management of the City itself. That the investor or the investors are going to be able to dictate their own terms and carry out those terms in the manner that they think fit is now under challenge. That too would be a problem of a very substantial nature.

All of this leads to the kind of authority that the Port City Commission would have in the actual practical administration of the City. If the authority itself cannot function in the manner that the investor or the investors wanted, then there is bound to be conflicts of a very serious nature that would develop from the inception of any attempt to implement this Law.

That brings up the issue as to why the investor or the investors wanted the type of conditions that were included in the original Bill that was presented to the Supreme Court. While there can be many reasons, one important reason is that the investor or the investors have through their previous intelligence gathering and previous knowledge and experience of Sri Lanka become aware that the country’s system of governance is in serious crisis and that the strict enforcement of the laws to guarantee security for investment is not possible in Sri Lanka. This of course does not come as a surprise to anyone.

Perhaps the one issue on which there is general consensus in Sri Lanka is that the country has become a lawless society and that this fact is at the root of all the management problems that the country is faced with. At the very moment when the Law was passed, there was a great conformation of this management failure by way of the spread of Covid-19 throughout the country and the cries of help that are heard from all over the country.

It is in a country like this that this Port authority is to function. It will function within that sea of mismanagement. It is to be a small island within a sea of instability and lawlessness.

The country’s system of management is unable to respond even to such a huge cry for help as it is felt today. It may not be an exaggeration to say that such a. huge cry has never been heard in the recent history of Sri Lanka, despite the fact that the country has gone through very hard times of instability for several decades. At the moment, from every house in Sri Lanka, there is heard, cries of anxiety and in a considerable number of instances, cries arising from the loss of life and the threat of the loss of life.

The management system is in such a crisis that it is unable to prioritize spending in order to deal with the major crisis in the country. In any country, when a crisis reaches this kind of proportion, the entire country will be put on the greatest possible alert and all the expenditure that is necessary will be made and all the pleas will be made to the population itself to contribute as much as possible within their power in order to get over this problem as soon as possible. There are countries which when faced with most desperate situations went on to the extent of contributing by way of the sale of even their very personal belongings like gold and other items to deal with the crisis. However, a Government that is not willing to spend out of its own purse all the necessary resources in order to deal with the crisis cannot demand such sacrifices from the people. That is the extent of the management crisis that exists in Sri Lanka.

It is in a country like this that this Port authority is to function. It will function within that sea of mismanagement. It is to be a small island within a sea of instability and lawlessness.

That brings us to a question about the nature of the authority that could be exercised by the to be established Port authority. It is well known that the development of any city implies a huge increase in crime. A fundamental problem about urbanization is that it brings with its progressive aspects also very negative aspects such as the tendency towards extremely serious crimes particularly relating to finance, trade and other issues which are to be dealt with by the law enforcement authorities. We know that at the moment the country’s law enforcement mechanism which works primarily within the framework of Sri Lanka’s policing system has reached its lowest depth. It is completely unable to manage the situation of crime and the greatest manifestation of this is the much talked of bomb blasts relating to the Easter Sunday attacks in 2019. The talk in every corner is about crime both on a big and small scale.

The strength of Hong Kong is its commitment to the rule of law, in the most meaningful sense of that phrase. That is what Sri Lanka lacks.

It is also well known that the Sri Lankan criminal investigation capacity is at the moment at the lowest level. Due to political reasons of wanting to avoid prosecutions arising from crimes that have been previously investigated, the criminal investigation system has been brought under the most serious undermining that it has ever experienced. With many of the achievements of the system in the past now having been lost with any serious investigator fearing that due to political reasons, he or she could get himself or herself into more serious trouble by conducting investigations into crimes rather than avoiding investigation. Therefore, the question arises as to who will keep the law and order within the Port City. As said before, being a City, it has to be expected that it would bring in among other things, the problems of very serious crimes. Big money always brings in big crimes and big criminals. To bring in very serious crimes without having a criminal investigative capacity and criminal administration capacity is to invite a disaster. What is worse is that it will make the administration by the new Commission almost a very difficult task. Attempting to manage where law enforcement is not possible particularly within an urban context is to pursue an illusion.

Thus, the new Law relating to the Colombo Port City Economic Commission has brought more problems to the Government, to the investor or investors and to the population at large than it could ever contribute to resolve.

Some spokesmen try to compare the proposed Port City to a place like Hong Kong. That reveals that they have no clue about the way Hong Kong is administered. Hong Kong had the same laws that the British introduced over 200 years back. It also has a most independent Judiciary, and a policing system that is capable of dealing with crimes.

Above all, it has the Independent Commission Against Corruption (ICAC), one of foremost anti corruption agencies in the world. It is this legal foundation that has made Hong Kong an investor friendly place. It is the totality of Hong Kong, that attracts investment and not some small ghetto, which is what the proposed Port City is. The strength of Hong Kong is its commitment to the rule of law, in the most meaningful sense of that phrase. That is what Sri Lanka lacks.

The new Law on the Port City Economic Commission has messed things up even further.