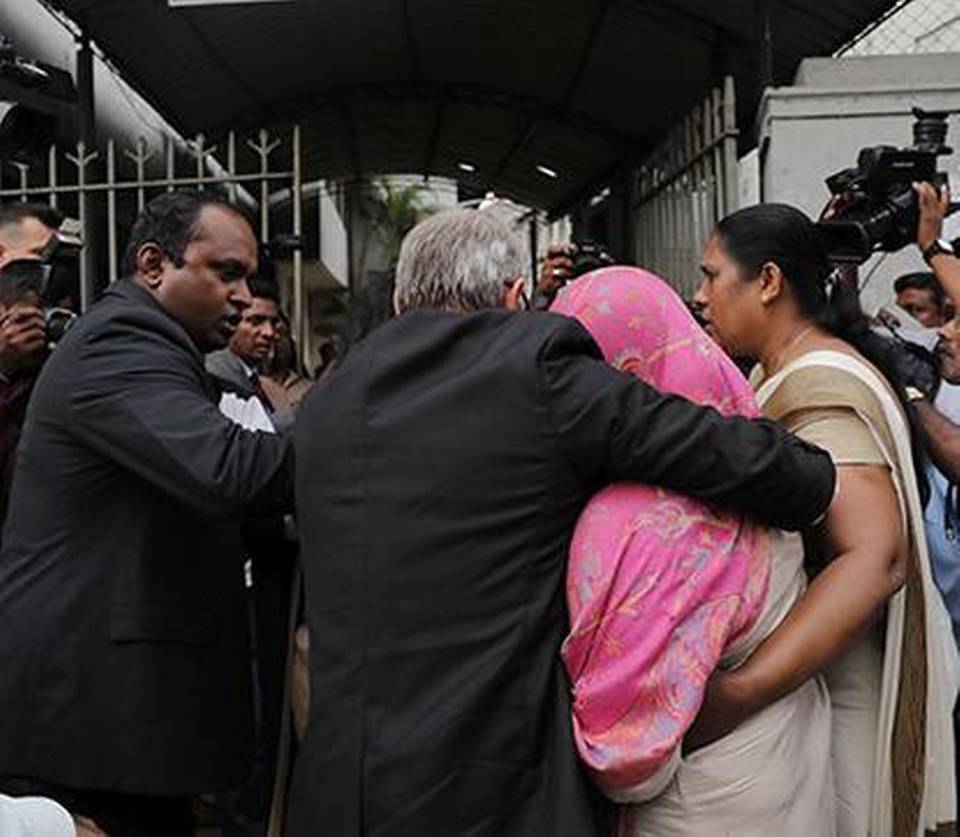 Sri Lanka’s reputation as a constitutional state at stake: Bern.

Sri Lanka police on Monday arrested a local employee of the Swiss Embassy in Colombo, who has been at the centre of a diplomatic controversy, for allegedly making a false accusation that she was detained and threatened.

The Sri Lankan national, working at the visa section of the Embassy, was reportedly abducted and sexually harassed on November 25, a day after a top Sri Lankan police officer, who had been probing cases involving the Rajapaksa family, sought asylum in Switzerland.

On Monday, she was arrested following Attorney-General Dappula de Livera’s advice to the Criminal Investigation Department (CID) to name her as a suspect, “for exciting disaffection against the government and fabricating false evidence”, the public prosecutor’s coordinating officer Nishara Jayaratne told The Hindu.

The tension between Bern and Colombo — over contradicting claims over the incident — could further escalate with the staffer’s arrest, with Switzerland criticising the “lack of due process”.

“Sri Lanka’s reputation as a constitutional State is at stake in this exemplary case,” Switzerland said in a statement issued Monday night. The Federal Department of Foreign Affairs in Bern said it was “concerned” about the arrest and that it “expects” the Sri Lankan judiciary to comply with its “own legal requirements, international standards” and to protect personal rights “better than before”.

Meanwhile, President Gotabaya Rajapaksa told local media heads on Monday that available evidence showed the “abduction” of the Swiss embassy staffer was “fabricated”, his office said in a media release. “The Embassy official must have been compelled by some interested parties to bring myself and my government into disrepute,” he was quoted as saying.

In a separate statement, the President’s media division said Hanspeter Mock, Ambassador of Switzerland in Sri Lanka, called on President Gotabaya Rajapaksa on Monday morning and “assured continuous support” to Sri Lanka. President Rajapaksa “requested the Ambassador to cooperate with the government to conduct the investigation”, the statement added.

In an apparently different reading of the meeting, the FDFA said it “repeatedly told” Sri Lankan authorities that it is looking for a “common and constructive way” to resolve the “security incident”. “The Swiss Ambassador to Colombo underlined this in a direct conversation with Sri Lanka’s President Gotabaya Rajapaksa,” the statement from Bern said.

Though the Swiss authorities had maintained that the Embassy staffer was unable to testify in person due to “deteriorating health”, following a Colombo court’s order last week, the employee has been testifying to the CID for several hours, in addition to presenting herself for medical examination.

The Swiss FDFA “criticised” the 30-hour interrogation of its employee over three days “despite poor health” and the public statements by senior Sri Lankan officials questioning her account before the investigation is completed.

Over the last fortnight, Bern and Colombo put out contradictory claims over the alleged abduction, making their disagreement clear.

While the Swiss Foreign Ministry said the employee had been “detained against her will on the street and threatened at length” by unidentified men, who “forced her to disclose Embassy-related information”, Sri Lanka’s Foreign Ministry sought to question the account, citing “evidence” that contradicted the staffer’s claims.

The Secretary to Sri Lanka’s Ministry of Defence called it a “big-time drama”. Bern has stood by its initial statement.