Code of Conduct for Media at Future Polls 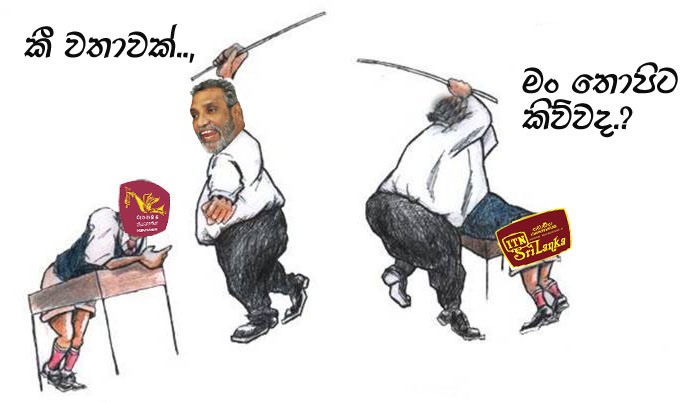 Parliament is set to approve on Wednesday, strict guidelines to be followed and policies to be adhered to by the electronic and print media at future elections and referendums in the country.

These will include a prohibition on the use of the National Anthem, National Flag, religious symbols, religious flags, paintings or photographs of founders of religions or religious leaders to be published, telecast or broadcast to promote or demote the candidature of a candidate or a party/group.

The guidelines have been made by the Commissioner of Elections under the provisions of the 19th Amendment to the Constitution, to ensure rightful exercise of franchise and a free and fair election or referendum.

The guidelines make it mandatory for both the print and electronic media to be neutral and impartial in their reporting on election related matters, without discriminating against any contesting political party.

The guidelines will also apply to columns where editorial opinions seem confused and biased. If this is so, the affected will have to be given the opportunity to broadcast/telecast/publish material to counter such opinion.

Programme presenters and announcers on television and radio channels will also have to refrain from expressing personal views at the newspaper desks where newspaper headlines and cartoons are presented, as such views may promote one party with prejudice to another, once the guidelines are passed.

Media institutions will also need to make a declaration if any Chairperson, Member of the Board of Management, Directors or a responsible journalist of any electronic or print media institution is actively engaged in political activities which causes conflict of interest in balanced broadcasting/publishing.

Such officers or employees will have to declare in writing his/her level of involvement, position held in the institution, as well as the extent of involvement in programme making

At the time of an election, coverage given by the media to views expressed by the President or Prime Minister or Ministers will have to be treated as a coverage given to the political party to which he/she belongs.

By Chandani Kirinde / The Sunday Times