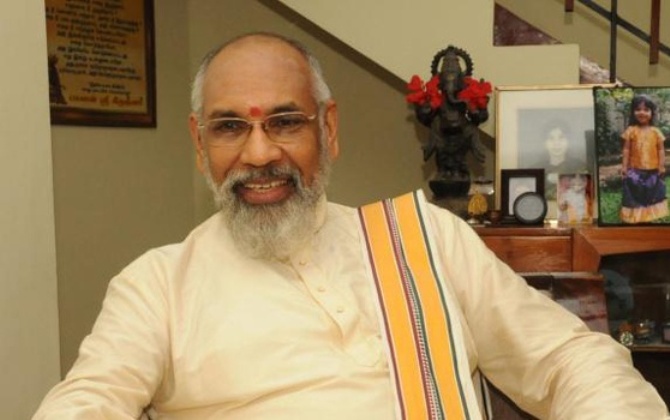 Few days after Norhern Chief Minster accused Sri Lanka military for spying on him, he called on Tamil youth to collect date on Army activity in the province. Chief Minster told Sinhal service of the BBC that the government is spying on him as he is going to meet Indian Prime Minister Narendra Mod. In a Colombo date lined report New Indian Express says that ”C V Wigneswaran, has urged Tamil youth to collect information on the deployment and activities of the Sri Lankan armed forces in the province, even as he told the Tamils, as a whole, to eschew separatism and militancy as these have proved to be counterproductive.”

Speaking at the convention of the Ilankai Tamil Arasu Katchi (ITAK), at Vavuniya on Sunday, Wigneswaran said that the Lankan army is collecting all kinds of data on the people of the province, including a person’s “body language”, with the help of Israeli technology. “We should be aware that the army here is not eating grass,” he said, using a Tamil expression.

Wigneswaran urged party youth to collect information on the deployment of the army in the North, their numbers, location, the amount of land they occupy, and the kind of activities they are involved in. Merely making platform speeches won’t do, he said.

He also called for utilising women power, and efforts to rehabilitate and put to use former women cadre of the LTTE in the ITAK’s democratic movement.

However, Wigneswaran cautioned against reviving separatism and violence as these are not suited to the emerging conditions in the world and had failed to deliver the goods in the past.

A comprehensive and realistic world view is needed to determine the right goals and methods, he stressed.

Without naming Liberation Tigers of Tamil Eelam (LTTE) chief V Prabhakaran, he recalled how the doughty Tamil warrior perished like Abhimanyu of the Mahabharata, because he lacked comprehensive knowledge. Abhimanyu knew how to break into the Chakravyuham set up by the Kauravas, but did not know how to exit, and was killed.

On the Lankan Tamils’ relations with the people of Tamil Nadu, Wigneswaran said that despite efforts by some to drive a wedge between them, they can never be separated.

The convention elected General Secretary Mavai Senathirajah as leader of the ITAK, in place of R Sampanthan
By P K Balachandran
NIE

The chief minister said he was photographed by people posing as media personnel during his meeting with the German ambassador to Sri Lanka Jürgen Morhard, who also noticed the incident.

Wigneswaran told the BBC Sinhala service the government is employing these tactics as he is going to meet Indian Prime Minister Narendra Modi.

He added that although his life is under threat, he does not fear the government
Tamil Guardian