Clear move by the government to intimidate the judiciary 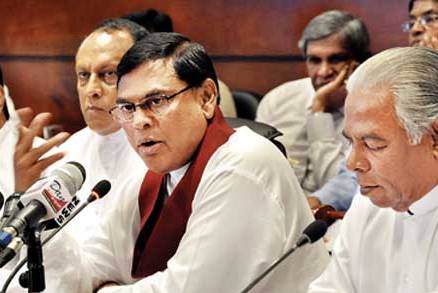 The lawyers for Democracy (LfD) is disturbed by the emerging evidence of coordinated moves to undermine the independence of judiciary in Sri Lanka, according to a media release.

The organization referring to the statement issued by the Judicial Service Commission (JSC) on 16thSeptember 2012, says that clearly indicates that there are various attempts to interfere with the affairs of the JSC.

The government has organized a public demonstration, where people were transported at public expenditure into a close location near the Parliament to criticize the Supreme Court determination. Recently, several programmes in the state media carried vicious and malicious programmes critical of the judiciary, says the release

LfD sees this trend as a clear move by the government to intimidate the judiciary and undermine the Rule of Law and an attempt to make the judges vulnerable for governmental pressure.

We urge the President and the government to respect the independence of the judiciary and take all possible steps to stop direct and indirect intimidation and incitements against the judiciary, LfD says.