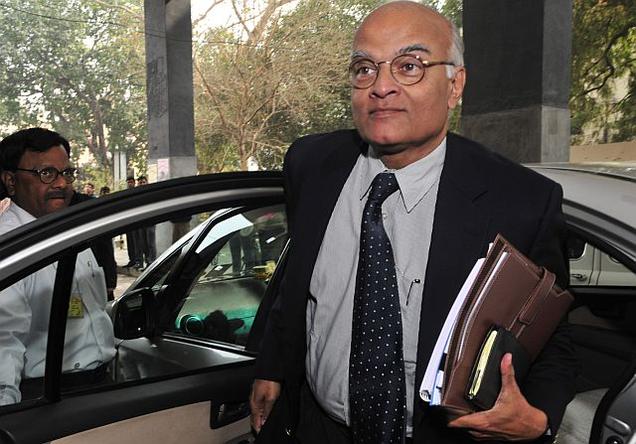 The structure that is implemented should be acceptable to all parts of the country: Mahinda Rajapaksa
National Security Adviser Shivshankar Menon — who met top Sri Lanka leaders here in the last two days — emphasised the need for Colombo to fulfil its commitment to India and the international community regarding a political settlement that would go beyond the 13th Amendment of the country’s Constitution.
The amendment introduced provincial councils with specified powers based on the provisions of the Indo-Sri Lanka Accord of 1987.

Speaking to the Indian media here after a breakfast meeting with President Mahinda Rajapaksa on Tuesday, Mr. Menon said: “We have made our views clear on how we would like to see much more positive and forward movement towards reconciliation and a political resolution of the various issues which have led to ethnic politics being so polarised and fragmented in Sri Lanka in the past.”

Observing that India’s views in this regard were “well known”, Mr. Menon said: “They told me their plans … and as friends and very close neighbours we exchanged opinions. It is our hope of course that they are successful in building a Sri Lanka in which every community feels at home, feels master of their own destiny and feels that they have strong stake in the success of society and country as a whole. And we will continue to work with all our friends in Sri Lanka to that end.”

President Rajapaksa, during talks with Mr. Menon, said that the Parliamentary Select Committee (PSC) is the best forum to reach a consensus on the implementation of the 13th Amendment, according to statement from the President’s office.

President Rajapaksa explained to Mr. Menon the practical problems in devolving land and police powers to the provinces of a small country such as Sri Lanka and stressed that the structure that is implemented should apply and be acceptable to all parts of the country. The President also urged India to encourage the Tamil National Alliance (TNA) to participate in the PSC and said the government was committed to taking the process forward despite obstacles.

The PSC, which was constituted last month, presently has 19 members, all from the ruling coalition — United People’s Freedom Alliance — led by the Sri Lanka Freedom Party. Members of the PSC held their first meeting on Tuesday, and would meet again on July 26.

However, some politicians here are sceptical about the PSC’s ability to arrive at a fair decision on the 13th Amendment. The United National Party (UNP), the main Opposition led by Ranil Wikremesinghe, has not nominated its representative to the PSC as yet. The TNA, an amalgam of Tamil parties which has significant support base in the primarily Tamil-speaking north of Sri Lanka, has boycotted the PSC. The Sri Lanka Muslim Congress (SLMC) in the ruling alliance, which has been in favour of implementing the 13th Amendment in its original form, is not part of the PSC, either.

Even as apprehensions about possible dilution of the 13th Amendment grow among certain sections, President Rajapaksa’s recent proclamation of the Northern Provincial Council (NPC) elections has been welcomed by India. The 13th Amendment is, in fact, at the heart of all the current political debates here. It appears that India would take a strong position on any attempt to tamper with the provisions of the amendment.

Though economic and trade partnerships between the two countries are said to be growing positively, the bilateral equation rests primarily on the implementation of the 13th Amendment, at least for the moment.

Until a few days ago, after Mr. Basil Rajapaksa met the top leadership in New Delhi last week, there were indications of mixed signals emerging from the two countries.

While the Indian media reported India’s insistence on implementing the promised “13th Amendment plus”, a majority of the Sri Lankan media merely highlighted India welcoming President Rajapaksa’s proclamation of the NPC polls.

Though India seems to have delivered its message loud and clear, Sri Lanka was tight-lipped on any pressure from India, going by reports in the local media. Some papers here quoted Mr. Basil Rajapaksa as denying reports of India insisting that Sri Lanka implement “13th Amendment plus” without any dilution, but the July 7 issue of The Sunday Times quoted him as saying: “Some things can be said openly and some things cannot be said openly in diplomatic business between governments. They [India] gave us some of their views, we expressed our views. That is what usually happens.”

“Not only between countries but there must be that sort of exchange of views even in a family, between husband and wife. Then a lot of problems will be sorted out. This was like that,” he reportedly said.
The Hindu