Claims that former President Sirisena was not informed of the possibility of Easter Sunday attack cannot be believed under any circumstances.- Former former Defence Secretary Hemasiri Fernando 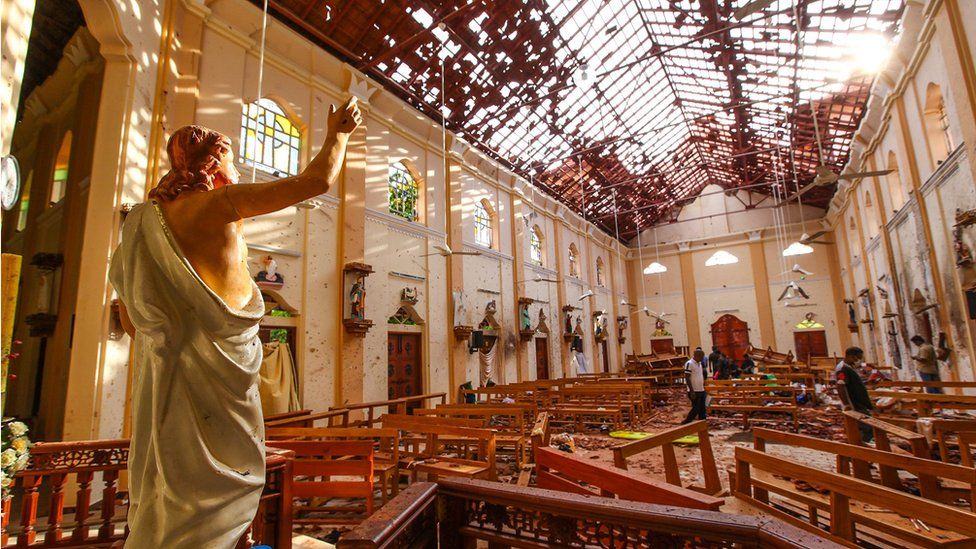 “Former Defence Secretary, continuing his statement before the PCoI probing Easter attacks said, claims that former President Sirisena was not informed of the possibility of a terror attack, which could be carried out by National Thowheed Jama’ath (NTJ) Leader, Zahran Hashim and his followers, by former State Intelligence Service (SIS) Director, SDIG Nilantha Jayawardena, cannot be believed under any circumstances,” reports Ceylon Today.

It further reports that “former President Maithripala Sirisena, on 24 April 2019, informed former IGP Pujith Jayasundara that if he accepted responsibility for the Easter Sunday bombings and resigns, he would be given his pension and an ambassadorial post in any country that he desired.”

Making a damning statement on Friday (18), before the Presidential Commission of Inquiry (PCoI) into the Easter Sunday bombings,  said, former President Maithripala Sirisena, on 24 April 2019, informed former IGP Pujith Jayasundara that if he accepted responsibility for the Easter Sunday bombings and resigns, he would be given his pension and an ambassadorial post in any country that he desired.

Fernando said, Jayasundara sought advice from him in this regard, but he could not offer him proper guidance, as the matter was too serious and it was beyond his capacity to offer advice.

He further said Sirisena had informed Jayasundara that he could be released from the Commission headed by Supreme Court Judge, Justice Vijith Malalgoda, which investigated the Easter Sunday bombings, if he resigned and accepted responsibility of neglecting the terror attacks warnings.

Fernando also said, immediately following the bombings on 21 April 2019, former President Sirisena had called and instructed him not to attend the discussion chaired by former Prime Minister Ranil Wickremesinghe.

He added that the then Secretary to the President had also been instructed by Sirisena not to participate in the said discussion.

Meanwhile, when a Member of the PCoI inquired as to why Wickremesinghe and State Minister of Defence Ruwan Wijewardene had not been informed about the information received on 20 April 2019 that a terrorist attack was inevitable on 21 April 2019, Fernando said Sirisena had forbidden officials to speak to Wickremesinghe.

“The relationship between Sirisena and Wickremesinghe was extremely toxic during my tenure as the Defence Secretary and the officials were afraid even to mention Wickremesinghe’s name in Sirisena’s presence,” he added.

Fernando said: “Once I told Sirisena that Wickremesinghe was invited to attend the National Security Council (NSC) meetings even during the tenure of former President Chandrika Bandaranaike Kumaratunga. Sirisena’s response was that “she may have done so, but I won’t’.”

Former Defence Secretary, continuing his statement before the PCoI probing Easter attacks said, claims that former President Sirisena was not informed of the possibility of a terror attack, which could be carried out by National Thowheed Jama’ath (NTJ) Leader, Zahran Hashim and his followers, by former State Intelligence Service (SIS) Director, SDIG Nilantha Jayawardena, cannot be believed under any circumstances.

According to Fernando, the SIS had taken steps to submit a daily report to Sirisena on Intelligence information received from foreign countries.

“On several occasions, I tried to inform Sirisena on some Intelligence information provided to me by the SIS, but on all those occasions, he said that he was informed by Jayawardena regarding those information, through which it became clear to me that Jayawardena would inform the President about information before he informed me,” the witness added.

He also said that he had later questioned Jayawardena about the procedure of informing the President on such information before informing him as the Defence Secretary. “Then, he said, ‘Sir, even before you took over the post of the Defence Secretary, I personally informed the President about Intelligence information. Then I told him, ‘Very well, Nilantha, keep going, and then I will have a lot of time left,” Fernando said.

He also said that during his tenure as the Defence Secretary, he had never provided Intelligence information to Sirisena after those incidents.

The witness further said that the cordial relationship between him and Sirisena was broken due to an incident that took place in February 2019, adding that it was difficult for him to even contact the President after the incident. In response to a question from a Member of the PCoI as to whether there was any point in holding the post, if Sirisena, who was the Minister in charge of Defence, could not be contacted, Fernando said that he had prepared all documents needed to resign from the post from 1 May 2019 as he realised that there was no point in continuing as the Defence Secretary.

Fernando also revealed the reason for former IGP Jayasundara not being invited for NSC meetings.

According to him, at the NSC meeting held on 13 November 2018, Sirisena had asked IGP Jayasundara to transfer former Inspector of Police (IP) of the Criminal Investigations Department (CID) Nishantha Silva so that he would not be involved in a case against former Chief of Defence Staff, Admiral Ravindra Chandrasiri Wijegunaratne.

“Following the President’s instructions, IGP Jayasundara had transferred IP Silva to Negombo and then Silva had submitted a complaint to the National Police Commission (NPC). Sirisena then called me and asked who had asked Jayasundara to transfer IP Silva. Then I explained that it is he (Sirisena) who told him to do so at the NSC,” he added.

When a PCoI Member questioned him as to how Jayasundara had attended the NSC meeting held in November 2018, Fernando said that he may have been invited by mistake.

Around 25 and 30 decisions taken by me as the Defence Secretary following the proper procedures, could not be implemented due to the pressure exerted by Sirisena, Fernando said.

“Sirisena said that he was the Defence Minister and that the IGP and I had no authority to do these things. I later explained to him that the process was carried out in a very accurate manner and without any political influence. But he did not accept it. The relevant transfers were ordered to be cancelled immediately,” the witness said and added that around 25 – 30 such decisions had to be reversed due to Sirisena’s influence.