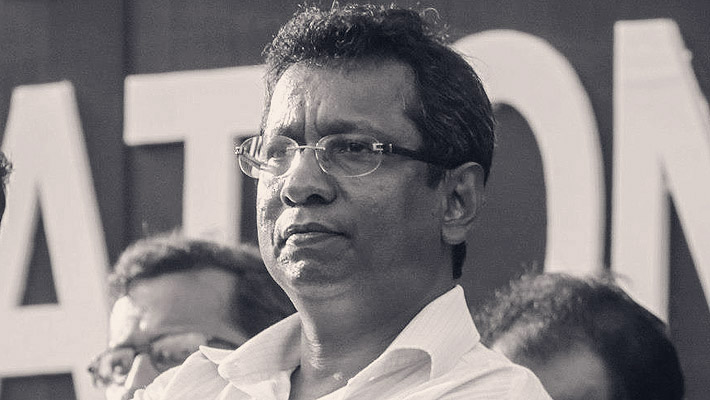 ( Welianuma: Civil society doesn’t want to see a split, if they split, we won’t achieve this reform)

Attorney-at-law and Human Rights Lawyer, J.C. Weliamuna said Civil Society Organisations, in his personal view would only stand by the government as long as the reform agenda was in place.

“We supported the government on the condition that reforms would be made and for this, the government needs two thirds majority in Parliament. The pre-condition for this is that the President and Prime Minister who are from two different parties work together,” Weliamuna said in an interview with Daily News yesterday.

“Civil society doesn’t want to see a split, if they split, we won’t achieve this reform. The two parties must be together not for the love of individuals but because Civil Society has vested interests in reforms,”he added.

A large number of civil society organisations including Weliamuna played a crucial role in garnering support for the government at the last Presidential election but has since been critical of some of the positions it has chosen to adopt.

Weliamuna also alleged that certain groups were trying to mislead the President and Prime Minister and create a split.

In light of President Sirisena’s recent remarks against the FCID, CID and Bribery Commission, Weliamuna said that any political allegation against such public institutions should be addressed through a proper mechanism.

He also added that the President’s remarks were ‘ill advised’.

“Personally, I don’t think these investigators are politically motivated given the evidence we see in courts. I also don’t believe that these Independent Commissions will be swayed by these remarks. In the end, it is the people who will judge both the President and the Commissions based on their actions,”he said.