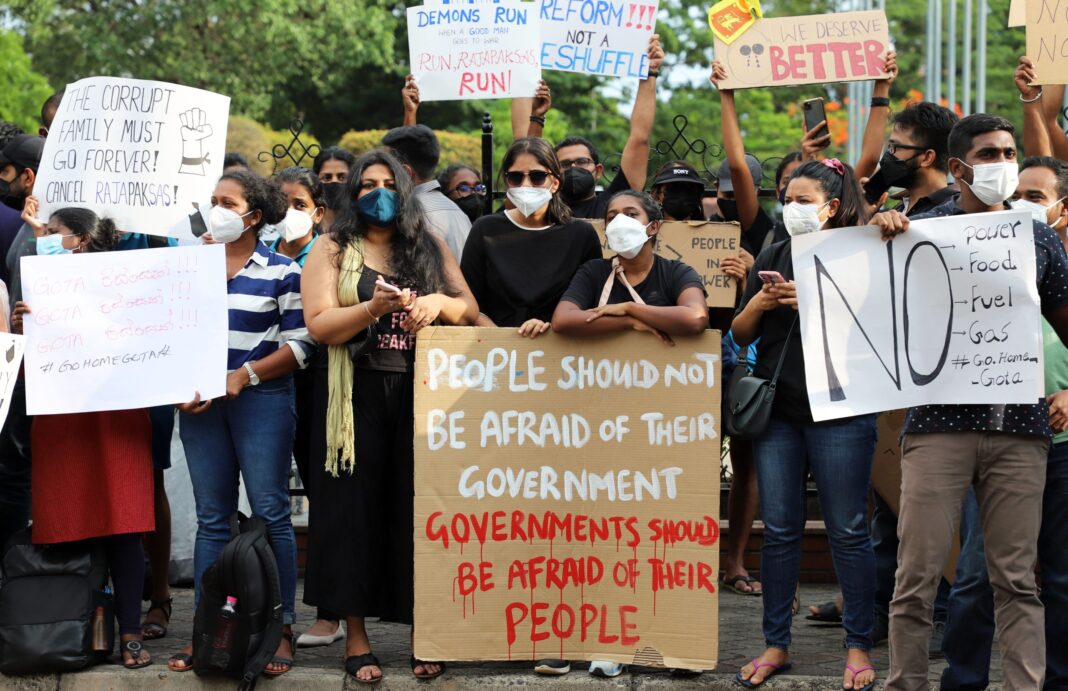 Civil society organisations are calling on the Government to stop repaying its illegitimate debts and attempting to burden an already overburdened public.

Holding a press conference yesterday, Centre for Environmental Justice Senior Advisor Hemantha Vithanage pointed out that the Government is attempting to increase the tax burden on the people in order to service its debts.

“The Government is currently in talks with the International Monetary Fund (IMF) and it appears to be making preparations to increase taxes while also privatising many state institutions,” he said. However, according to him, the general public is yet unaware of the details pertaining to these loans taken out by the State.

“The people have no idea who was paid through these loans obtained and for what purpose. Information on loans provided by the World Bank and the Asian Development Bank is publicly available. However, 40% of the loans have been obtained from private banks. This information is not in the public domain and has not been revealed to the people. Even parliamentarians are unaware of these details,” he said.

Vithanage said it is the responsibility of the Government to reveal this information to the people as these loans are to be serviced by the funds obtained from the country’s citizens.

Vithanage said many of these loans are illegitimate debt as they are either criminal, unfair or ineffective in nature. “For example, Rs. 4 billion obtained as a loan was paid to a Chinese contractor for work on the Ginganga – Nilwala project but no work was done. A report by the Auditor General’s Department found this to be an ineffective debt that was of no benefit. Then why should the people be forced to pay back such a loan?” he asked.

Listing out many similar projects, Vithanage said instead of burdening the people, the Government must enter into discussions with lending countries. “Norway for example was able to stop the repayment of such loans. The Government must discuss and show we have not benefited from the loan and ask the countries to stop pressuring us to pay,” he said.

Also attending the press conference, National Fisheries Solidarity Organisation Convenor Herman Kumara said a public audit must be carried out to ascertain who was paid through loans obtained and how these funds were utilised. Representatives of the Law and Society Trust, Movement for Land and Agricultural Reform and several other organisations were also in attendance.