CID should have questioned culprits not editors and journalists: TEGOSL 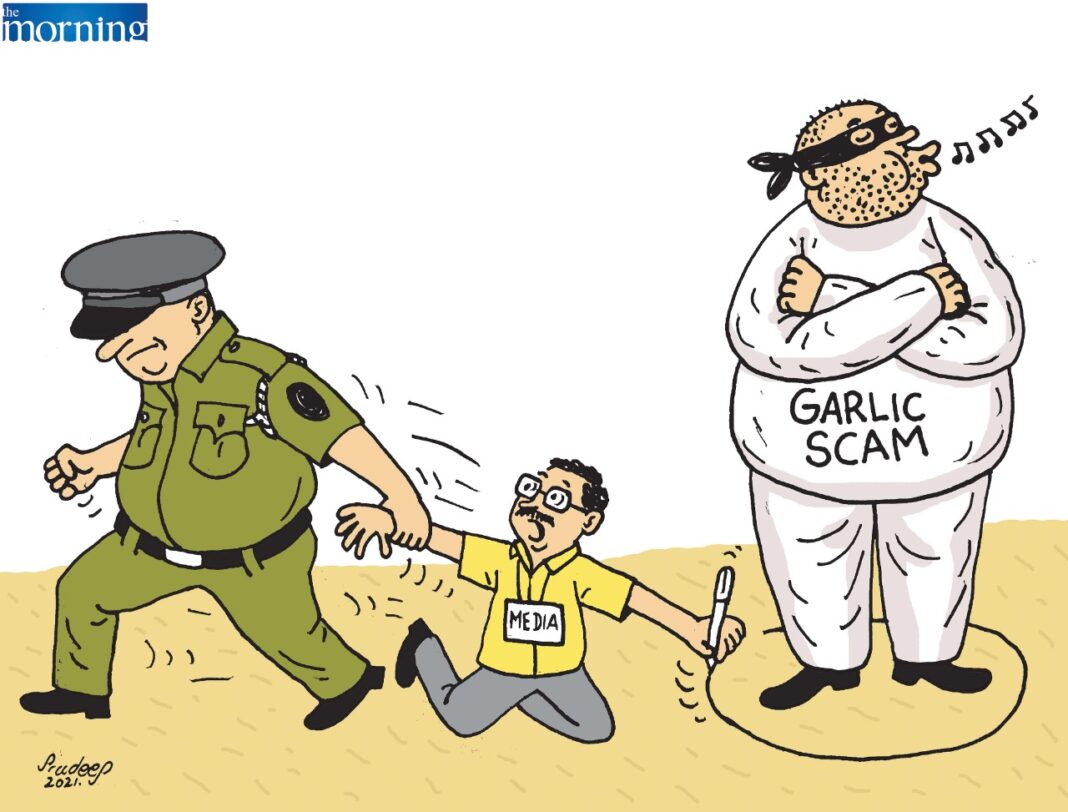 The Editors’ Guild of Sri Lanka (TEGOSL) condemned the attempt by the Criminal Investigation Department (CID) to question three senior editors of newspapers and several journalists this week over articles published in their respective newspapers on the ‘Sathosa Garlic Scam’.

Issuing a statement, the Guild’s Secretary Sisira Paranatantri notes that the attempt to question editors and journalists had been made in relation to a CID investigation that was launched after Trade Minister Bandula Gunawardana lodged a complaint against former Consumer Affairs Authority (CAA) Executive Director Thushan Gunawardena whose allegations over the scam were false and malicious. He has asked the Police by letter dated September 28 to investigate comments made by Mr. Gubawardene rather than the details alleged.

The Guild statement says that what the CID should have done was question the culprits involved in the scam and not the editors and journalists who reported the scam.

The Guild has questioned what made the CID put aside its professional obligations and decide to summon TEGOSL President and Lankadeepa Chief Editor Siri Ranasinghe, Divaina Editor Anura Solomons and The Island Editor Prabath Sahabandu, who are TEGOSL members, as well as journalists who reported the scam. “What connection does any of them have with the fraud that was committed?” the statement asks.

It is astonishing that Minister Bandula Gunawardana is unaware that Sri Lanka’s Criminal Defamation Laws were repealed unanimously by Parliament in 2002, when he himself was an MP at the time. Questions arise why the CID therefore acted outside the law, and if these were signs of things to come, the statement adds.