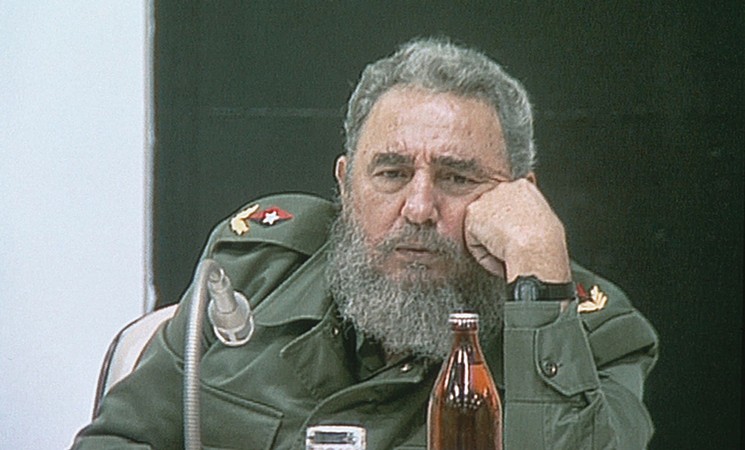 Donald Trump’s bold promises earlier this week to finally blow the lid off the JFK assassination mystery by declassifying reams of secret documents turned out to be a gigantic tease. The National Archives ended up making public only a fraction of the JFK documents last night.

Still, the 2,800 papers included in the new document dump confirm some salacious details of America’s decades-long quest to kill or depose Fidel Castro — including a fairly shocking plan by the CIA to sow terror in Miami.

After Castro’s revolution succeeded and thousands of Cubans fled to South Florida, the agency actually considered murdering a boatload of refugees, assassinating exile leaders, and planting bombs in Miami — all so Castro could be blamed for the chaos.

The basic idea was to turn world opinion against Castro and possibly justify a U.S. military invasion by pinning the atrocities on him. The details of the sinister plot are included in a summary about Operation Mongoose, a 1960 covert op hatched by the CIA under President Dwight Eisenhower with the aim of toppling Communist Cuba.

The campaign was included in a report on “pretexts” the U.S. could conjure up to justify a military intervention in Cuba. The paper was sent by Gen. Edward Landsdale, a top Cold War officer who worked with the CIA to plot out Operation Mongoose; he sent the report, which included nine other “pretexts,” on April 12, 1962, to Gen. Maxwell Taylor, who would soon become chairman of the Joint Chiefs of Staff. Here’s how the report described the plan:

Just to reiterate how crazy this idea is: The CIA thought about blowing stuff up in Florida and murdering innocent refugees simply to make Castro look bad.

Thankfully, that plot was apparently never carried out. The Mongoose doc includes other frightening plots hatched by the spooks in Washington, including an idea to use biological weapons to ruin Cuba’s crops, possibly leading to famine and an uprising against Castro:

That plan was also apparently spitballed.

Operation Mongoose has hardly been a secret. The covert project, which for a time was headquartered in a secret base in Opa-locka, has long been studied by Cold War scholars and JFK conspiracy buffs. It’s not even immediately clear whether the details about sowing terror in Miami are new, though a quick web search doesn’t yield any stories about that particular idea. (Update: As some astute readers have noted, much of the newly posted Mongoose details at the National Archive were already released as part of a plot called Operation Northwoods, which President Kennedy reviewed but rejected.)

Other documents confirm some of the sillier pieces of the plot, including the CIA’s infamous plans to use absurd devices, such as exploding cigars, to kill Castro. The newly released papers include reports detailing plots to use a poisoned wetsuit and an exploding seashell to murder him and describe the CIA’s willingness to collaborate with the Mob to oust the Communist leader.

None of those details are particularly new — the wetsuit and seashell ideas were outlined in 1979 in a book about the CIA by Pulitzer Prize-winning author Thomas Powers.

Americans will have to wait at least another six months to find out whether the hundreds of documents the CIA refused to include in yesterday’s dump include any clues as to JFK assassin Lee Harvey Oswald’s deeper ties to intelligence agencies or the Soviet Union.

In the meantime, let’s just be grateful the CIA decided not to blow up Miami in the name of going after Castro.