CHOGM: the position of UK explained 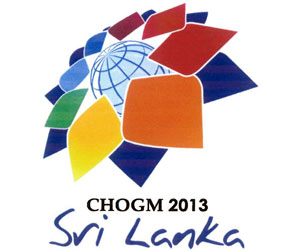 With the official announcement that Prime Minister David Cameron and Foreign Secretary William Hague will attend the CHOGM in Colombo, the British Government has hurriedly put together its official position. In the absence of Premier Cameron, who was away in the United States, his deputy Nick Clegg fielded questions in the House of Commons.
However, of much significance in this regard are letters Alastair Burt, minister in charge of Sri Lanka at the Foreign and Commonwealth Office, wrote to MPs Lee Scott and Siobhain McDonagh. Scott is the chair and Mcdonagh is the joint vice chair of the All-Party Parliamentary Group for Tamils in the House of Commons. In some of the electorates, Tamil voters have swayed decisions during polls. Hence, particularly the Conservatives and the Labour Party woo organisations representing them. That was how the current Government leaders were at the Global Tamil Forum’s annual event at the House of Commons in February this year and not last year as erroneously stated last week.

The Sunday Times has obtained a copy of the letter Burt wrote to Scott and MsMcdonagh on the official letter-head of the Foreign & Commonwealth Office, Charles Street, London. Here are relevant excerpts:

“Since we came to Government we have worked extremely hard to urge the Sri Lankan Government to improve its record on human rights. International pressure, including through support for the UN Panel of Experts, has borne fruit in persuading Sri Lanka to establish a domestic mechanism — the Lessons Learnt and Reconciliation Commission (LLRC), which reported in 2011. But without international scrutiny, and engagement, many of the recommendations of the LLRC are likely to languish unimplemented.

“The British Government is determined that this will not be the case and we have consistently urged full implementation of the LLRC. We have led efforts to raise the profile of the situation in Sri Lanka with the EU, the UN Human Rights Council and United Nations. Using regular bilateral contacts and UK chaired “like minded” meetings in the margins of the United Nations General Assembly 2011 and 2012 we have sought to maintain awareness and pressure across the international community.

“We co-sponsored the March 2012 and 2013 UN Human Rights Council resolutions on Sri Lanka lobbying for wide support for the texts which has put pressure on Sri Lanka to implement its own commitments and live up to the expectations of the wider international community.

“As Minister responsible for our relations with Sri Lanka, I visited the country in February 2013, delivering clear messages about UK concerns in public and in private.

“Some progress has been made in Sri Lanka on infrastructure development, demining, reintegration of ex-combatants and resettlement of internally displaced persons. However, we still have serious concerns about the lack of progress on reconciliation, accountability and respect for human rights, and the failure to implement in full the recommendations of Sri Lanka’s Lessons Learnt and Reconciliation Commission and the UN Human Rights Council’s resolutions.

“In parallel with these diplomatic efforts, we have consulted our Commonwealth partners about the location of the summit and reviewed all the options available to member states.

“It is clear that we are not the only country in the Commonwealth to have concerns about human rights in Sri Lanka. However, there has been no widespread support for a change in location of CHOGM, and there is concern that the Commonwealth itself — as an organisation which must serve the interests of all 54 of its member states — should not be damaged, weakened or undermined by divisions over the location of the Heads of Government meeting.

“Having thoroughly assessed the merits of all the options available, the Prime Minister and the Foreign Secretary have decided to attend the meeting in Sri Lanka.

“We will do so because of the importance of the Commonwealth to the United Kingdom and its other members.
“We will attend the meeting with a clear message about the need for Sri Lanka to live up to the values of the Commonwealth, in particular to safeguard freedom of expression and the press, investigate and prosecute attacks on and disappearances of human rights defenders, protect minority rights (including those of both Tamils and Muslims), and uphold the rule of law and independence of the judiciary.

“Ahead of the meeting we will urge the Government to hold the free and fair provincial elections which are vital to the long-term stability of the country. And we will make it clear to the Sri Lankan government that we expect them to guarantee full and unrestricted access for the international press covering CHOGM.

“Furthermore, the Foreign Secretary intends to visit the north of the country during the visit, and meet civil society, NGOs and political representatives of all communities. We will continue our engagement with the Tamil community and other relevant parties in the lead-up to CHOGM to take account of their concerns and interests……”

Responding to questions in Parliament, Deputy Prime Minister, Nick Clegg declared that the British Government condemned “the way in which political trials, regular assaults on legal professionals and suppression of press freedom continue, and the fact that too many recommendations of the Lessons Learnt and Reconciliation Commission have not been implemented. If such violations continue, and if the Sri Lankan Government continues to ignore their international commitments in the lead up to the Commonwealth Heads of Government meeting, of course there will be consequences.”

This week’s developments make clear that despite CMAG, the upcoming Commonwealth Heads of Government Meeting (CHOGM) still remains uncertain. The UPFA Government will have to do a lot of tightrope walking. It is not an easy task since the rope will be an obscure one. Placating the international community will strain relations with partners of the UPFA. On the other hand, keeping the partners happy will, no doubt, internationally isolate the Government further.

Must one say again that this is the heavy price Sri Lanka is paying for not having a cohesive foreign policy and allowing emotions and irrational approaches to guide it. In the latest instance, the glory of hosting CHOGM seems to have not only clouded the issue but allowed storm clouds to form. The coming weeks will show whether they will dissipate or grow in strength.

– from the Sunday Times political column