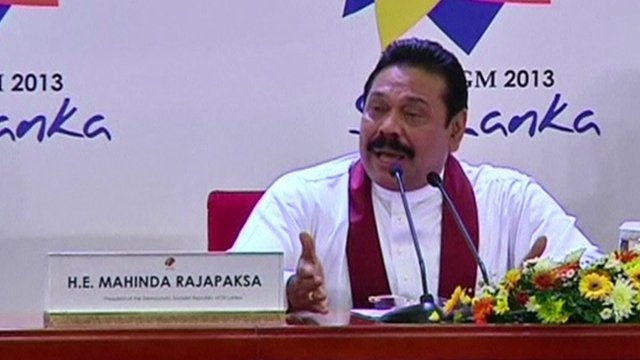 Charles Haviland BBC News, Colombo
Sri Lanka’s President Mahinda Rajapaksa has hit out at critics amid heightened scrutiny of his government’s human rights record on the eve of a Commonwealth summit hosted in Colombo.

The president said his government ended killings in the country by defeating Tamil Tiger rebels in 2009.
Several leaders are boycotting the event and British PM David Cameron has said he will raise “tough questions”.
The summit has been overshadowed by the row over its host, Sri Lanka.

As Commonwealth leaders continued arriving in Colombo, people trying to make their voices heard on the edge of the city were being given a hard time.

By early afternoon the Human Rights Festival organised by a new group, the Force for Unity, had dispersed on orders from the police who also banned plans for a vigil. That came after the festival was twice invaded by a pro-government mob including hardline Buddhist monks.

They were trying to highlight the plight of disappeared people, many of whose family members were barred by security forces from leaving northern Sri Lanka to come for this event; and the alleged erosion of the rule of law and freedom of expression.

Just days earlier civic groups had presented case histories of 2,301 people who disappeared between 1990 and now, and remain unaccounted for.

So a familiar pattern of hardline pro-government demonstrators targeted at dissenters continues – as President Rajapaksa bullishly defends his record and accuses his detractors of ignoring rights abuses by the Tamil Tigers.

Correspondents say the government had hoped the three-day event – which begins on Friday – would showcase Sri Lanka’s post-war revival, but instead it is turning into a PR disaster.

‘No more bombings’
In an angry riposte to the growing tide of criticism, Mr Rajapaksa said that killings had taken place in Sri Lanka not only in 2009, as his government crushed the rebels, but for 30 years up until then, including children and pregnant women.

“Every day there was a dead body or 10 or 15 dead bodies,” he told reporters, adding “no one made an issue over that”. That had now been stopped, he said, and there were no more bombings.

He said his government was ready to take action against anyone found guilty of violating rights but it would not “divide the country”.

In May 2009 Sri Lanka’s army defeated the separatist Tamil Tigers after almost 30 years of brutal and bloody civil war. But the spotlight has focused on the final phase of that war as civilians were hemmed into a thin strip of land on the north-eastern coast – both sides are accused of atrocities here.

However one UN report estimates that as many as 40,000 civilians were killed in that final phase, mostly by government shelling – and Sri Lanka continues to be accused of the rape and torture of detainees, enforced disappearances of activists and the intimidation of journalists.

The government has vehemently denied all such accusations.

‘Questions raised’
But as Colombo began welcoming delegates from some 53 Commonwealth nations to the city on Wednesday, a group of Tamils whose family members disappeared during or after the civil war were prevented from travelling to Colombo. Pro-government protesters also disrupted some journalists’ attempts to travel north that day.
On Thursday, a human rights festival being hosted at the main opposition headquarters in Colombo was attacked by protesters before police ordered it to be shut down.
Human rights activist Brito Fernando told the BBC the government was not letting “people practise human rights, the right to dissent, or the freedom of speech and discussion”. 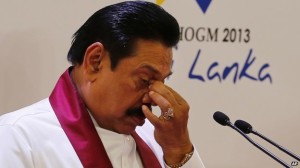 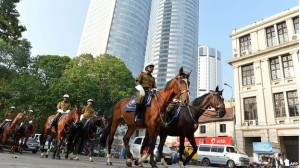 Commonwealth leaders are converging on Colombo for the biennial summit 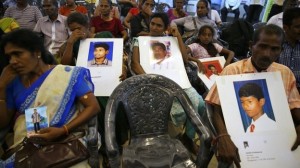 The Commonwealth
However, British Prime Minister David Cameron arrived to take part in the summit on Thursday. He argues that engagement was crucial and said he would raise “tough questions” on human rights and allegations of war crimes.

On Wednesday Sri Lanka’s Minister of Mass Media and Communications Keheliya Rambukwella reacted angrily to that suggestion: “We are a sovereign nation. You think someone can just make a demand from Sri Lanka?”

Mr Rajapaksa declined to comment on Mr Cameron’s remarks, saying he would certainly be meeting him and that the two were likely to ask each other “some questions”.

The heir to the British throne, Prince Charles, also arrived on Thursday, representing the Queen as head of the Commonwealth.

Mr Rajapaksa said he would greet him in the traditional Sri Lankan way which was used for anyone, whether a king, a queen or a beggar.
BBC