CHOGM – 2013 in Sri Lanka: Where are the core values of the Commonwealth Charter? 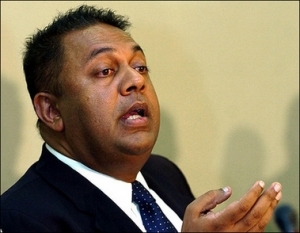 Your Excellency,
I am writing to you with reference to a news item published in the Sri Lanka Daily Mirror of 29th June 2013. The story, captioned ‘Commonwealth wants to make practical difference in Sri Lanka’ quotes a letter you have reportedly sent to an unspecified recipient . In the absence of any contradiction or clarification from your organisation, I assume that the remarks are accurate. You are quoted as saying:

“The LLRC report was a home grown roadmap for achieving peace in a multi ethnic nation.The question for the international community is whether to criticise the lack of progress from afar in implementing that report or to offer and to make a practical difference. The Commonwealth has opted for the latter and the Sri Lankan government even now is identifying the areas where we will help. We are active in Sri Lanka in advancing Commonwealth values, including human rights, the media, the judiciary and building mutual respect and understanding in communities.”

The Commonwealth wanting to make a practical difference in Sri Lanka is indeed most welcome. However, for many of us who are living not afar but in Sri Lanka,  we find it rather difficult to share your optimism as Sri Lanka seems to be moving away from the values which you claim that the Commonwealth is advancing even now. The  day to day practical reality is  that Sri Lanka continues to violate with impunity all 16 values of the Commonwealth Charter in varying degrees and we in Sri Lanka experience first hand the present Sri Lankan government’s contempt for democratic values, the rule of law and the sanctity of life.

In fact, Sri Lanka has slipped down to the 29th position in the ‘Failed State Index’ compiled annually by the Fund for Peace and the Foreign Policy magazine. This year this drop is due to the deterioration of performance in 7 out of 12 categories, notably in the areas of human rights, rule of law, delegitimisation of the state, poverty and economic decline.

The human rights situation in Sri Lanka shows no signs of improvement and as ‘Lawyers for Democracy’ stated in April, ‘the spate of deaths of persons while in Police custody is alarming. The casual manner in which the death of persons in police custody is being treated by the authorities is an insult to our system of administration of justice.’ The independent inquiry into the cold blooded execution of over 27 prisoners in November last year has also yet to materialise.

While hundreds if not thousands of complaints of serious human rights violations gather dust at the Human Rights Commission of Sri Lanka (HRCSL), the commissioner announced a few days ago that the commission will be probing into rail tragedies at unprotected railway crossings in the country!  In the face of such cynicism, the workshop being conducted by the Commonwealth and the HRCSL in Colombo at the moment with the participation of your deputy, I feel, is an useless exercise in mutual deception. By conducting a workshop with the HRCSL you are conferring legitimacy to a human rights institution which has become yet another appendage of the executive since the 18th Amendment of September 2010 . This is in direct contravention of the Paris Principles, which relate to the status and functioning of national institutions for the protection and promotion of human rights. As the Paris Principles stipulates, ‘ the key elements of the composition of a national institution are its independence and pluralism. In relation to the independence the only guidance in the Paris Principles is that the appointment of commissioners or other kinds of key personnel shall be given effect by an official act…..’ However, all commissioners  of the  current HRCSL have been appointed by the President.

Lattimer House Principles are also being consistently and continuously violated. After the President forcibly excluded the legal Chief Justice, Mrs. Shirani Bandaranaike from her chambers and installed someone else in her place in January, the executive with his hand picked set of judges proceeded to scrap the violated court of appeal order. This order was ignored by the President when he removed the legal Chief Justice after an hurried impeachment trial more akin to the witch trials of the dark ages. The witch hunt against Mrs.Bandaranaike continues and she has been summoned several times to the Bribery Commission which has also now become yet another appendage of the executive arm since the 18th Amendment came into operation.

Today, it is a well known secret that all Judicial transfers and appointments are decided at ‘Temple Trees’, the official residence of the executive, in violation of the Latimer House principle which states that ‘ Judicial appointments should be made on the basis of clearly defined criteria and by a declared process.’

Another Latimer House Principle states that the ‘ interaction, if any, between the executive and the judiciary should not compromise judicial independence.’ Yet the new Chief Justice prefers to demonstrate his devotion and servility to the executive by being a frequent visitor not only to the President but to his brother, the defence secretary.

The judiciary is not the only victim of the erosion of law through disempowered institutions. Even the university administration has been made into useless appendages of the executive. For example, the University Grants Commission has now abdicated its powers and responsibilities under section 34(1) of the act to select and recommend one person for appointment by the President. It has now unlawfully clothed the President with authority to make his own choice of Vice Chancellor.

The Committee to Protect Journalists ranks Sri Lanka as the 4th most dangerous place in the world for journalists to work in. The Criminal Investigation Department continues to raid newspapers which highlight corruption linked to the first family and two days ago,the Editor of ‘Janarela’ – a weekly Sinhala tabloid , was grilled by the CID regarding an article published last year. In the north, un identified militia men have continued their attacks on several independent newspapers. Several media personnel at MTV, a leading private television network, were threatened again recently.

Also, the government which purportedly claims that it values Commonwealth principles, has sought and received Chinese expertise to monitor, hack and block websites which expose human rights violations and corruption. In fact, the Defence Secretary, recently identified social media such as Facebook and Twitter as a serious threat to national security and plans are afoot, according to reliable sources to ban social media as well as to introduce the draconian code of ethics for the media, recently approved by Cabinet, after the summit in November.

Despite the predominantly Chinese funded ‘show’ development in the North, at vastly inflated costs, the plight of the Tamil people has deteriorated and the militarisation continues unabated. A special unit under the Commander of the area has been formed to suppress democratic activities: during a visit to the area some months ago, even a meeting attended by the Leader of the Opposition was attacked by this squad. While the government is reluctantly preparing to hold Northern Provincial Elections thanks to intense international pressure, there are reports that members of this squad are intimidating and threatening candidates who are hoping to seek nomination from opposition parties.

Even other religious minorities are now being persecuted with impunity.  There have been over 15 Incidents during this year where Mosques as well as Muslim owned businesses have been attacked in broad daylight while the Police looked on. Two weeks ago, a beef stall owned by a Muslim was vandalised and destroyed while the Police and the PSD (Presidents Security Division) guarding the Presidents Tangalle residence, just a stones throw away, looked on. Many Christian places of worship have also been attacked in recent months. The fact that these fanatical groups can take law into their hands with total impunity is proof enough of the unholy alliance between these purveyors of terror and the powers that be.

Also in violation of yet another Commonwealth value, the government is continuing its witch hunt against  members of  civil society. The much respected local representative of the Ferdrich Ebert Stiftung was recently apprehended at the airport and questioned about funding a book written on Buddhism and Governance by the Leader of the Opposition seven years ago. She was also questioned by the CID for two days in May after hosting a workshop on Campaign management for Members of Parliament of the UNP. Another woman from an Indian NGO was deported last week for being critical of some development activities in the North. Many other key human rights activists are also subjected to harassment and the bank accounts of some of them have been frozen without a court order.

Emboldened by its apologists in the International community, the regime, continues with arrogance to violate the core values of the Commonwealth Charter. It is in the context of these continuing violations that I cannot share your enthusiasm that the “Commonwealth soft power and behind the scenes contribution’ can lead to “real progress in the long term”. From the daily occurrences, some of which I have mentioned above, it is clear that the government is unable to mend its ways and that there is a vast discrepancy between the values of the Commonwealth and the values of its  incoming Chairman.

It is certainly true that certain recommendations of the LLRC report need a longer period to implement but if the government of Sri Lanka is sincere and genuine in its commitment to the Commonwealth Charter, there are some changes which could be implemented immediately prior to the Summit in November and in time for the Northern Provincial Elections.

For example, the notorious 18th Amendment to  the Constitution, introduced as an Urgent bill in 2010 abolishing the independent Judicial, Elections, Public Services and Police Commissions can be repealed immediately with yet another urgent bill restoring all the independent commissions. This could well be the litmus test on the governments commitment to the core Commonwealth values.

Free and fair elections are an integral part of the Commonwealth charter. In addition to the independent elections commission and independent police commission been in place before the Northern Elections, it also imperative that a civilian governor be appointed to the North and that the army be confined to the barracks , if the election is to be truly free and fair.

If such changes are to be implemented prior to  CHOGM in November, all Sri Lankans, I am sure will congratulate and thank you for the ‘Commonwealth soft power and behind the scene contribution’ in restoring the  credentials of one of Asia’s oldest democracies. However, holding of the summit without such a proven commitment to the values and principles of democracy would not only call into grave question the value, credibility and future of the Commonwealth, it will also be the granting of the Commonwealth seal of approval to an emerging dictatorship in Asia,

As the CHOGM summit is of immense public interest, I am taking the liberty of releasing this letter to the media.