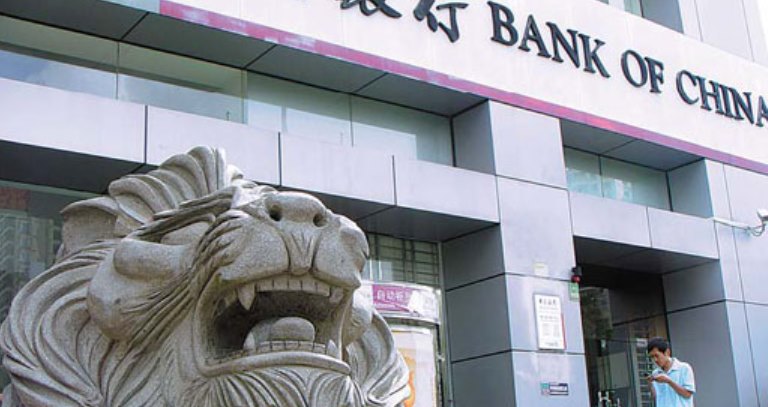 Speaking to ahead of Chinese President Xi Jinping’s visit to Sri Lanka, United National Party (UNP) parliamentarian and leading economist Harsha de Silva revealed that the Government was poised to sign loan agreements –amounting to a staggering US$1.258 billion (or Rs.164 billion) at a high interest rate — with China during its President’s visit. Dr. De Silva highlighted the fact that with our external debt already at a high level, the new loan agreements will place Sri Lanka on the fast-track to disaster.

Q Can you give a background about loans and borrowing trends in Sri Lanka?

Firstly, what is really important is for us to find out why we are taking loans and where the money is going. A loan is an all encompassing term and there are different types of returns – immediate, long-term and no returns. So when we are taking loans we need to know what the benefits are.

Currently, Sri Lanka is having a historically low rate of interests. Despite this, the private sector loan growth has fallen to an all-time low.

From this we can see that credit growth rates have fallen drastically every year. This means that even though interest rates are at a historic low, the private sector is not borrowing. Furthermore, fundamentally, loans in the private sector have been gold-backed – such as pawning. Pawning is basically used to obtain personal loans. They are not investments. Personal loans do not drive a country’s development process. Loans should be for agriculture, industrial purposes, tourism and those types of investments. But what we are seeing here are personal loans to get through the month.

Within that if you look at what are loans being taken for – the standard categories of all the credit that has been given as of June 2014 by all commercial banks which is 2.5 trillion rupees — the largest chunk is for construction. That is almost 16.5%. The next is wholesale and retail trade which is 8.3% and next to that is pawning at 8.1% even after a 40% drop in pawning; if not pawning would be in second place, right next to construction. For the food and beverage industry it is only 2.6%, for textiles and apparel, it is only 4% and for the machinery and equipment industry it is only 3.5%. Shipping and aviation is 0.4% while agriculture is just 0.6%. So it is evident that while the borrowings have dropped, the reasons for borrowing don’t indicate economic growth. You cannot be content with the way it is; it has to change.

Now we need to analyse the construction sector as that is taking up the largest amount of loans from commercial banks. In simple terms, a lot of money is being spent on construction. Then, what kind of construction are we talking about? Individual housing loans are not increasing but money is invested in various contracts for government projects. Since the government has taken complete control of the financial sector, we can see big commercial banks lending money to the Road Development Authority (RDA) and the Urban Development Authority (UDA).

Well, if you look at the past few years, we have been taking massive loans, particularly from China, which are going into construction projects. These include the US$1.3 billion for the hardly-used sea port, then the more than US$300 million for a little used airport, unused cricket stadiums and perhaps the world’s most expensive railway tracks and roads, extension of the expressway, the unbelievable Roads, overpasses and flyovers in the Hambantota area or the Hambantota Integrated Development Zone.

I am not saying that all the money is being wasted. But very little is being invested in useful ways while a mind-boggling amount of money is wasted on ego-boosting, massively corrupt projects in Hambantota.

On August 21 several cabinet papers (numbered 63, 64, 65, 66) were approved within 15 minutes, without any discussion whatsoever, to borrow a total of US$1.258 billion dollars (164 billion rupees) from China with the arrival of President Jinping.

This is beside the US$1.3 billion unsolicited loan for the Port City Project (cabinet paper 72).
So, what is this money for?

Expanding the Outer Circular Highway (OCH) from Kadawatha to Kerawalapitiya is being carried out at a cost of US$520 million of which US$494 million (95% of the cost) will be in the form of loans from China to be paid back in 15 years at a very high 2% interest rate plus a 0.25% service charge. That works out to US$56 million (or 7.3 billion rupees) per kilometre.

Now if you compare that with the Kaduwela-Kadwatha Outer Circular Highway, again financed by China, the cost per kilometre was $43 million (or 5.5 billion rupees).

The Kottawa-Kaduwela Outer Circular Highway which was financed by Japan cost 2.4 billion rupees per kilometre.

So it is interesting to note that the Kadawatha-Kerawalapitiya OCH which is being financed by China is exactly three times the cost of the Kottawa-Kaduwela component.

So what we are seeing is that these loans from China are being obtained at a massively inflated cost and at a very high interest rate.

In March this year, we borrowed US$342.8 million from Japan for the construction of the new Kelani Bridge and that came at a 0.1% interest rate to be paid back in 40 years with a 10-year grace period. And now we are borrowing from China at more than a 2.2% interest rate. That means it’s 22 times higher! Isn’t that ridiculous?

Then we are signing a loan agreement with China for the improvement and rehabilitation of priority roads in Hambantota. The cost is US$117.6 dollars, of which we are borrowing US$100 million at LIBOR (approx. 0.4%) plus 2.95%. That works out to about 3.3% with an additional 0.37% service charge. So altogether, it is well beyond 3.5%.

The next one are roads and flyovers in Hambantota which is hyped as an international hub. Why do you need flyovers in Hambantota? This is not a priority. The entire cost of the project – US$252 million – will be in the form of a loan from China and again at a massive 2% interest rate plus a 0.25% service charge. 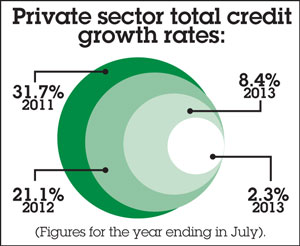 The one after will be the extention of the Southern Highway from Mattala to Hambantota via Andaraweva. Now this is a classic. It is only 25 kilometres and the cost is US$412.4 million. It works out to 2.14 billion rupees per kilometre.

Compare that with the Kottawa-Pinnaduwa (Colombo-Galle) Highway which is 95 kilometres long. That was done at a cost of US$975 million rupees a kilometre. Now the great big fundamental difference here is that the component was mainly done with loans from Japan and the Asian Development Bank (ADB) at a 1% interest rate. This was transparent. Comparing that with the Mattala component, the cost with the Chinese loan is 120% more!

So this gives you a flavour of what is going on with these loans. While on the one hand credit growth is very slow and the private sector borrowings have fallen to an all time low, on the other hand the government is on a desperate borrowing spree where massive loans are being obtained at hugely inflated costs. Obviously there is something dramatically and drastically wrong here.

Q If this is the case, why does the government insist on borrowing from China, knowing that it comes with higher costs and higher interest rates?

Very simply, it is because there are no transparency conditions with regard to Chinese loans. ADB and JICA won’t give us money unless it is openly tendered. It is a falsification to say we can’t borrow from ADB and other development partners at lower interest rates. We can! And more importantly, the cost of the projects would be much lower as well.

But crooks have a huge advantage by not borrowing from the ADB and other sources that have transparency conditions and to borrow from the Chinese instead. However, the sad part of all this is the huge disadvantage to the people, who are finally the losers.

I will add one more thing to this. It is about what’s going to be the absolute fraud of the century. There have been lots of closed-door discussions with certain people for the refinery expansion project – the state-of-the-art expansion to be done by globally-accepted service providers which is in the range of about US$1.2 billion. However we hear that this will be signed at a cost that would include hundreds of millions of money paid to certain individuals. So we are waiting to see how much actually would be paid as bribes to get this project. We don’t know yet but we are waiting and we are watching.

So, considering all this, where do we stand as a country with regard to debt?

Well Central Bank Governor Nivard Cabraal says Sri Lanka can be described as a ‘less-indebted country’ according to the Manual on Effective Debt Management. But his former Deputy Governor, Mr. Wijewardene has completely contradicted him and says we are a ‘highly-indebted country’, according to the same parameters that Mr. Cabraal has used. It is very sad to see how far the CB has been politicised to window-dress or massage these numbers and portray them in a manner which is far from the truth.
Even before the Chinese loan agreements are signed, Sri Lanka’s external debt vulnerability is very high already. And getting into more high-cost external debt is going to be absolutely detrimental to this country, particularly because the loan payback, if any, would take a very, very long time to come because they are being priced at several times the cost.

Last month it was revealed that Sri Lanka was only behind Japan and Lebanon in terms of its debt-to-revenue ratio which is a staggering 590%. And also interest payment was 38.5% of revenue whereas the peer-median was 8.8%. In terms of external debt, which is 60%, Sri Lanka was the highest in the Asia Pacific region except for Mongolia and Papua New Guinea. So looking at these globally accepted statistics and figures, it is clear that we are moving into a danger zone. The Government is falsifying numbers; it is shamelessly window-dressing accounts and stealing billions of dollars! This is the people’s money! The economy is being ripped if not destroyed by these rogues.