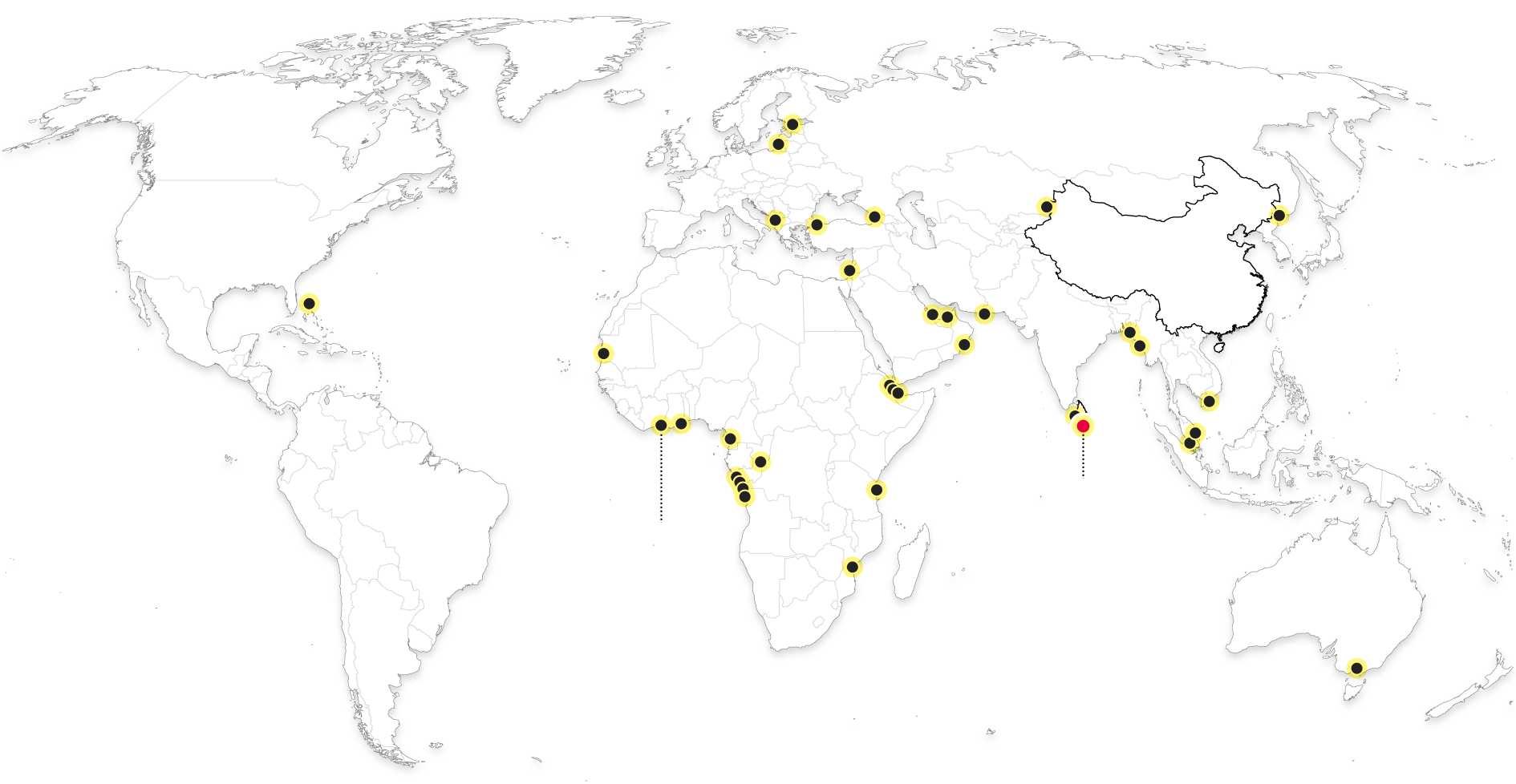 Image: China has helped finance at least 35 ports around the world in the past decade, according to a Times analysis of construction projects. ( NYT)

Former President Mahinda Rajapaksa was given more than US$7.6 million from an account from China Harbour company for his propaganda during the last presidential election campaign reports ‘New York Times’.

The report states, “At least $7.6 million was dispensed from China Harbor’s account at Standard Chartered Bank to affiliates of Mr Rajapaksa’s campaign, according to a document, seen by The Times, from an active internal government investigation. The document details China Harbor’s bank account number — ownership of which was verified — and intelligence gleaned from questioning of the people to whom the checks were made out.

With 10 days to go before polls opened, around $3.7 million was distributed in checks: $678,000 to print campaign T-shirts and other promotional material and $297,000 to buy supporters gifts, including women’s saris. Another $38,000 was paid to a popular Buddhist monk who was supporting Mr Rajapaksa’s electoral bid, while two checks totalling $1.7 million were delivered by volunteers to Temple Trees, his official residence.

Most of the payments were from a subaccount controlled by China Harbor, named “HPDP Phase 2,” shorthand for Hambantota Port Development Project.”