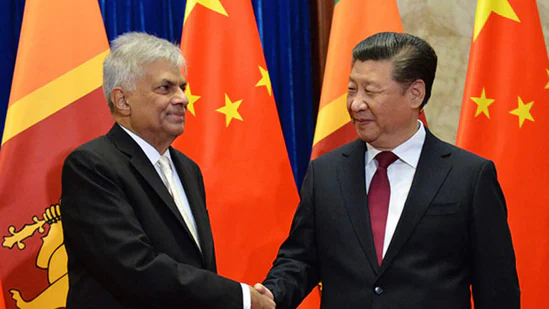 Sri Lanka is headed for major political turbulence ahead as it will not be able to secure the much-needed IMF loan in December for its main ally and debtor China was involved in the 20th party congress and is still to initiate a dialogue on debt restructuring with the Island nation.

According to financial analysts based in Washington, Sri Lanka likely will miss the December IMF deadline and will have to wait for March 2023 to secure a USD 2.9 billion loan from the lending institution in eight equal tranches. In the meantime, the Sri Lankan debt has increased further due to forex depreciation, deep recession, and burgeoning fiscal deficit. Since the end of 2021, inflation has considerably eroded the real value of domestic debt.

While debtors India and Japan have already initiated a dialogue with Colombo on debt reconciliation and restructuring, China is still to engage in the dialogue as Beijing was involved in the 20th National Party Congress and had little time for client state Sri Lanka. The total debt of the island nation was USD 36 billion at the end of 2021. Of this, Sri Lanka owes USD 7.1 billion to China or 20 percent of its debt. The total public debt, which was 115.3 per cent of the GDP at end-December 2021, has now gone up to 143.7 per cent of the GDP by end-June 2022. Of this the bilateral debt has climbed from 12.7 percent of the GDP to 20.4 percent of the GDP. On October 31, 2022, Sri Lankan President Ranil Wickremesinghe went on record stating: “Now, this is the process, we had to move. If we can move and come to an agreement by December, which means coming to an agreement by mid-November, and going up to the IMF Board in mid-December, we will gain a big advantage. However, I don’t know whether we can do it for the simple reason that in China the focus has started now after the party conference. However, we must aim to have it by January.”

Behind this political jugglery of Wickremesinghe, who is a lone MP of his party and a close ally of the discredited Rajapaksa regime, is the fact that Sri Lanka will require a bridge gap funding of USD 850 million to survive till the next IMF board meeting in March. Or else there will be public protests as in the last July-August and the ultra-leftist parties will gain political traction as the Sri Lankan opposition does not have the clout to stand up on its own. The question is who will give the USD 850 million bridge funding to help Colombo survive till March 2023?

The economic crisis in Sri Lanka is due to misgovernance, poor fiscal discipline and corruption by the Rajapaksa regime, who secured a 900-megawatt Norochcholia Power Station with Chinese help after taking a loan from Beijing apparently at 11 percent interest. The white elephant projects undertaken by Sri Lanka with Chinese assistance have led the Island nation deep into an economic black hole with no signs of recovery at least in the next five years.

While China is still to come on board to restructure its debt, India has already had two rounds of talks with Colombo and is in discussion with another debtor Japan to ensure that Sri Lanka gets early relief. Colombo owes nearly USD 1.7 billion in bilateral debt to India with another USD four billion in emergency assistance as the Modi government has gone out of its way to keep the Island nation afloat. This is even though Sri Lanka is still playing around with India’s adversaries China and Pakistan in the Indian Ocean region. Perhaps, Sri Lanka is waiting for China to lift its zero Covid policy and allow Han Chinese tourists to spend money in the Island nation to revive its economy. The political and economic future of Sri Lanka is very bleak.