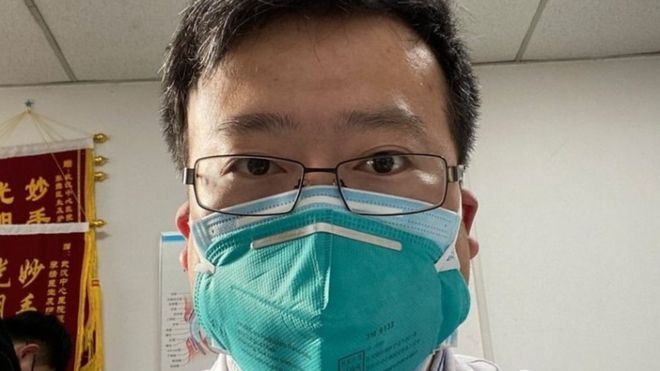 Dr Li Wenliang, who was silenced by the Chinese authorities for warning people about the coronavirus, died from the illness on February 7 at the age of 34. The International Federation of Journalists (IFJ) expresses solidarity with the doctors, whistleblowers and journalists at the frontlines of the coronavirus epidemic who are endeavouring to report the facts on the virus to the broader global community.

On December 30, Dr Li Wenliang, an ophthalmologist at Wuhan Central Hospital, privately contacted a group of his medical school alumni through Chinese messaging app WeChat warning of an unknown illness he believed looked like SARS, an illness which killed 349 people in Mainland China in the early 2000s. A screenshot of the message and the doctor’s name subsequently went viral online.

Following the publication of the message, Dr Li was called to Wuhan Central Hospital to answer questions about the information he shared. Shortly after, police summoned Dr Li, alleging he was spreading “rumours” and forced him to sign a statement acknowledging his “misdemeanour”.

Dr Li continued treating patients through the crisis and came into contact with a patient carrying the coronavirus on January 10. He was diagnosed with the coronavirus on February 1. Despite being censored by the Chinese authorities, Dr Li continued to raise awareness on the virus and called for greater transparency and communication. His last post on Chinese social media app Weibo on January 30 questioned the lack of official notices published by the government.

Since the coronavirus outbreak Chinese authorities have increased pressure on negative media coverage with some whistleblowers facing up to seven years in prison. More than eight doctors in Mainland China are already known to have been targeted for allegedly ‘spreading rumours’ upon discovering the coronavirus in early January. Around the Asia-Pacific region, there have been more than 16 arrests related to social media posts on the virus, including Malaysian journalist Wan Nor.

The IFJ said: “We condemn the censorship and silencing of journalists and whistleblowers during this crisis. There is a vital need for timely, accurate information shared with the media and subsequently the public. The IFJ expresses solidarity with whistleblowers and journalists who are braving their lives to report and get the word out to the world.”