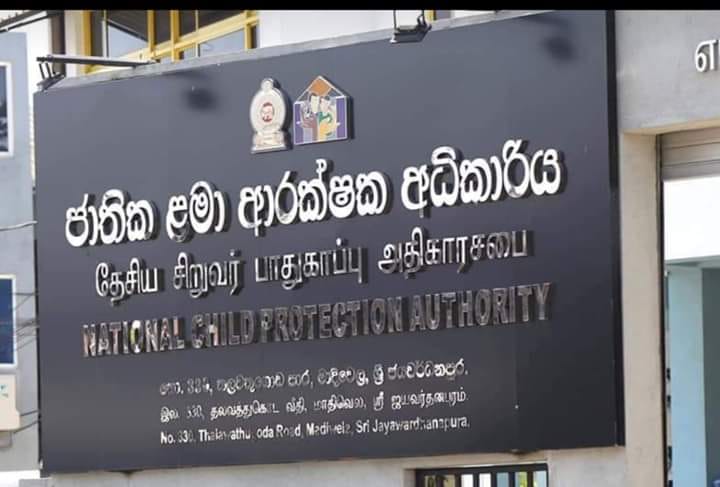 As reports of child sexual abuse feature in our newsfeeds from across the country with regular and horrifying frequency, it is evident that Sri Lanka is facing a nationwide crisis of child abuse. According to the statistics, there is a drastic increase in the number of cases reported. One can imagine how many more go unreported.
Laws are in place and departments and ministries are established to protect Sri Lankan children. Then, why have we failed to protect our children?

A recent Special Audit Report has revealed that the increase of child abuse cases in Sri Lanka was the result of numerous failures on the part of the National Child Protection Authority (NCPA), the main authority responsible for child protection in the country.

The following are the extracts of the audit report which has exposed the NCPA which is established by an Act of Parliament in Sri Lanka (by the Act No.50 of 1998) to advise the government on policies and laws on the prevention of child abuse and the protection of child victims and the monitoring of action against all forms of child abuse.

Even though the Committee on Public Enterprises and the Cabinet of Ministers had issued orders from time to time, the NCPA had not established a formal policy until the National Child Protection Policy, which commenced in 2009, had been approved by the Cabinet in October 2019, after the lapse of 20 years.
The formulation of the policy had delayed because this function had not been assigned to a responsible officer, directly. The policy had been  re-initiated without carrying forward the already existing policy due to officers holding the position of Chairman of the NCPA, changing from time to time. Due to the delay of the policy, the required recommendations for legal, administrative or other amendments could not be done.

There is no national database on child abuse

Preparation and maintenance of a national database on child abuse is a major function under the National Child Protection Authority Act No. 50 of 1998. Though 20 years had passed subsequent to its enactment, the NCPA has not yet paid its attention to formulate a national database.
In 2014, the task of preparing the national database had been assigned to Sri Lanka Telecom. However, the NCPA had taken no further action in that regard. While the situation remained the same, two years later in 2016, the NCPA entered into an agreement with the University of Colombo on a contractual amount of Rs. 1.2 million to advance the data system, but to no avail.

Complaints and cases stuck with no progress

It was observed that Court cases relating to children who had become victims of child abuse have not been completed prior to the child becoming an adult. 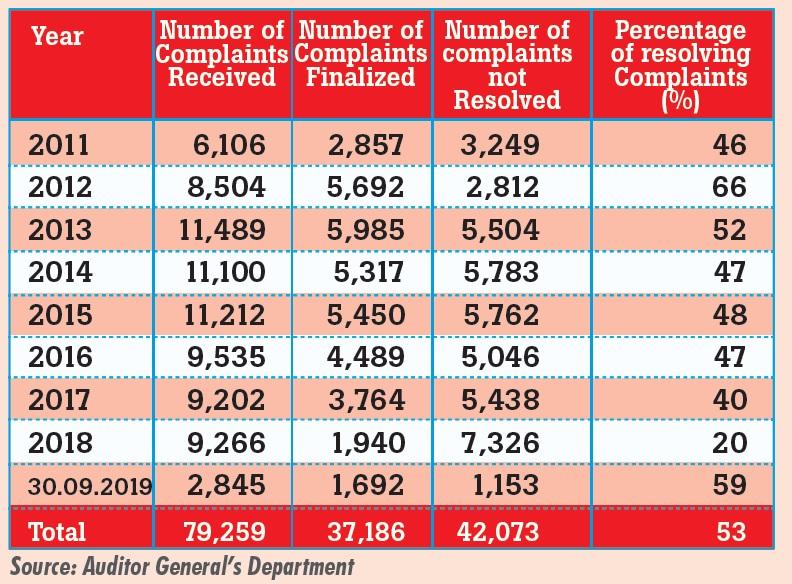 More than 35% of the total number of complaints received by the NCPA were from the 4 districts namely, Colombo, Gampaha, Kurunegala and Galle. It was observed that much attention had not been paid to the complaints reported from these districts.
It was not possible to review the progress of the complaints made easily, since the NCPA had not recorded complaints in a way that it provides easy access to identify information regarding the complaints. The evidence preparation prior to court cases being filed is practiced to minimise the secondary victimisation of child victims. Video technology is sought with regard to this. 461 requests had been received for video evidence from 2017 to 2019, out of which, 130 requests have gone unheeded. The audit reveals that the lack of adequate equipment for video preparation and a dearth of trained officers for holding interviews in the relevant Police Stations, are reasons for the non-compliance of these requests.
Although a report including recommendations of how to reduce the time spent on cases filed in the High Court, had been submitted to the relevant institutions by the NCPA, there have been no follow-ups to this course as well.

Millions spent for awareness programmes, but to no avail

Regardless of an evident increase of child abuse cases during the last 7 years, the higher management of the NCPA had not properly directed the District /Divisional Child Protection /District Psychosocial Officers towards preventing such occurrences. The following important positions at the NCPA had remained vacant for several years creating questions about the accountability and responsibility of the NCPA in areas which included finance and staff administration. Officials appointed to these positions have resigned from time to time.
Due to the lack of officials in above mentioned important positions, resolving public complaints related to child abuse had not been successful. It was also observed that necessary action had not been taken to retain the officers recruited in the service, by investigating into the reasons that led to these officers resigning.
(Daily Mirror)
Share
Facebook
Twitter
WhatsApp
Pinterest
Email