Chauvinism at its worst – Editorial, The Hindu 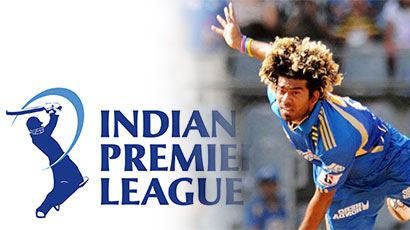 Tamil Nadu Chief Minister Jayalalithaa did more than give her stamp of approval to calls for protests against the participation of Sri Lankan players in the Indian Premier League. By declaring that the State government will permit the matches to be held in Chennai only if the organisers provided an undertaking that no Sri Lankan players, umpires, officials or support staff would participate in these matches, she effectively endorsed chauvinism and discrimination in sport and politics.
But the IPL governing council did more harm than Ms Jayalalithaa. Its decision to keep the Sri Lankan players out of the matches in Chennai after talking to the team owners will have larger, long-term repercussions for not only cricket, but also India’s international relations. Protesting against atrocities by the Sri Lankan military is one thing, preventing cricket matches involving Sri Lankan players is entirely another. For a person entrusted with the task of ensuring law and order, Ms Jayalalithaa, in her letter to Prime Minister Manmohan Singh, appeared too eager to surrender her responsibilities. Far from extending assurances on the law and order front, she voiced her apprehension that the participation of Sri Lankan players “will aggravate an already surcharged atmosphere and further offend the sentiments of the people” of Tamil Nadu. To drop the Sri Lankan players on this ground is to blatantly discriminate on the basis of nationality and ethnic identity.

If the IPL is to be open to foreign players, it must be open to all foreign players. For a government to decide who should or should not be in the playing XI, and withhold permission to host the matches on this count, is plain wrong. The IPL organisers evidently took the easy way out. Taking the matches out of Chennai would have involved greater costs than keeping the Sri Lankan players out of the city. Not too long ago, when India’s relations with Pakistan were at an all-time low, the cricketing authorities worked behind the scenes and prevailed upon team owners not to bid for any Pakistani player. But now, the IPL governing council does not have even this fig-leaf. The arm-twisting is in the open. It is not just cricketing logic that is at stake here. That dropping some players and selecting some others will distort the game is the least of the problems. True, teams had bid for and taken players at huge costs, and those who put their money on Sri Lankan stars are at a huge disadvantage. But worse, sport, which brings peoples together, has now been turned into a vehicle of jingoism and ethnic affinities. The effects of such divisive politics will surely be felt beyond the realms of cricket, and for far longer than will be obvious immediately
The Hindu