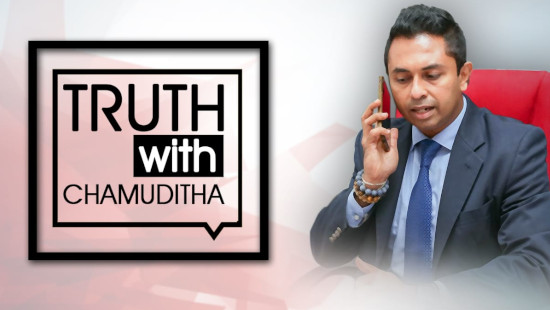 Three police teams investigating the attack on journalist Chamuditha Samarawickrema’s Piliyandala home are questioning some of those he had recently interviewed on his talk shows, including dethroned Mrs Sri Lanka Pushpika de Silva.

However, there are still no identified suspects. Ms de Silva has been re-summoned to give a statement in connection with the February 14 attack, said Police Media Spokesman SSP Nihal Talduwa. She had been summoned on February 23 but hadn’t showed up.

“Just days before the attack, both took part in separate interviews held by Mr. Samarawickrema on his YouTube channel,” SSP Talduwa said adding that police have recorded over 26 statements so far.”

The police teams are currently doing technical analysis to identify the suspects and the vehicle they came in. “Police have found 14 locations through signals from telecommunication towers in Moratuwa where the vehicle was moved and the Moratuwa Municipal Council is preparing a detailed report.”

Despite the court order, police failed to provide protection for him and his family, Mr. Samarawickrema claimed. His lawyer, Kuvera de Zoysa, PC, requested protection for his client from the Kesbewa Magistrate’s Court on February 18, claiming that his life was in danger. The magistrate gave the order.

“There was no police protection in accordance with the Court order,” the journalist claimed. “When we asked about it, they said they wanted to do a risk assessment to see if there was a genuine threat to my life or the lives of my family.”

The National Authority for The Protection of Victims of Crimes and Witnesses visited his residence last week and questioned him as part of an assessment.

“A clear threat to my life exists,” Mr Samarawickrama insisted. “Police have yet to identify the perpetrators. I don’t have faith in the police investigation. They are just handling it as a normal matter.”

The attack was also raised in Parliament this week. State Intelligence Service (SIS) has been asked for a report to determine whether Mr Samarawickrema faced any security threats, said Public Security Minister Rear Admiral (retd) Sarath Weerasekara, in response to a question from SJB and Opposition Leader Sajith Premadasa.