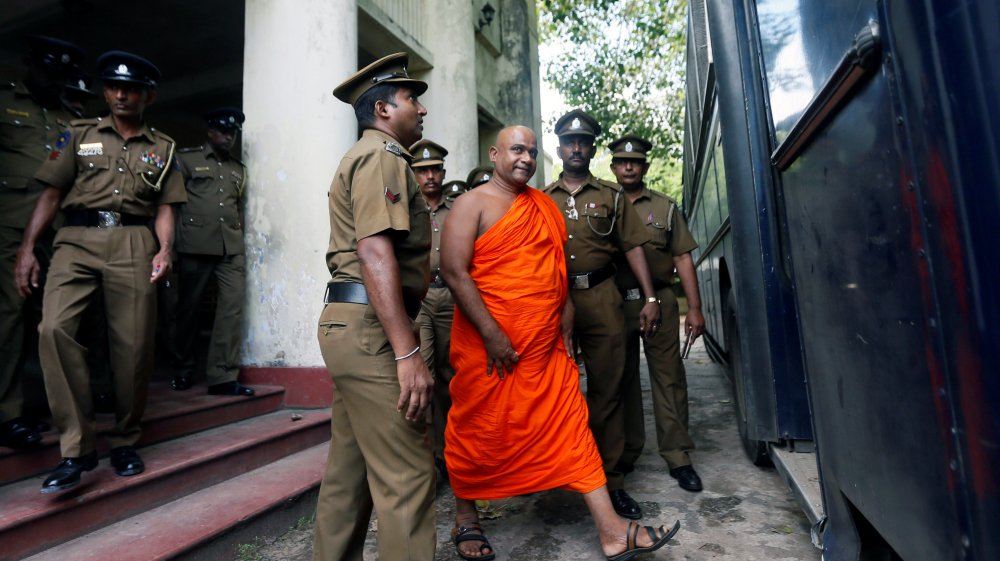 The “deficiencies of the police” are being investigated.

Scores of Muslim mosques, homes and businesses were destroyed as mobs ran amok for three days in Kandy, the central highlands district previously known for its diversity and tolerance.

The government declared a state of emergency and blocked social media platforms for a week to control the unrest.

The role of police and some local Buddhist politicians in the Islamophobia rampage points to the depth of the problem that Muslims face in Sri Lanka. It also shows that the government has no control over some of its police and security personnel, and that the violence was more than a spontaneous outbreak fueled by fringe Buddhist fighters and hate-speech spread on social media.

“They came to attack,” said A H Ramees, an imam at a mosque where worshippers say they were beaten by police who were supposed to be protecting them.

“They were shouting. There was filthy language. They said all the problems were because of us, that we were like terrorists.”

Ruwan Gunasekera, a spokesman for the national police force, including the STF, said a special investigation unit was “probing the deficiencies of the police in the incident”.

A second unit was examining the role of political actors, he said.

The riots were the latest example of rising Buddhist nationalism and Islamophobia in the region and have unnerved Sri Lanka’s multi-ethnic coalition government, which removed former President Mahinda Rajapaksa in an election in 2015, according to analysts and two sources familiar with the government’s deliberations.

At a press conference flanked by senior leaders earlier this month, Rajapaksa said the accusations were politically motivated. According to him, the government fomented the violence to “get the Muslim vote” and to distract from its inadequacies.

An excerpt of CCTV footage from the first day of attacks, reviewed by Reuters, showed police letting a large group of men through the cordon protecting the Noor Jummah mosque in Digana, a Kandy township.

At least three other SLPP politicians, including a national politician, were being investigated and another SLPP councillor has been arrested for setting fire to a mosque, he said. All deny any involvement in the violence.

Islamophobia has surged in Sri Lanka since 2009, when a long civil war against Tamil fighters was brutally ended by Rajapaksa, amid charges by a United Nations panel of experts of human rights violations, including extrajudicial killings by the military and STF.

Though the level of violence is not comparable, the Sri Lankan Secretariat for Muslims, a civil society group, logged more than 600 attacks and threats to Muslims in the past five years, according to director Hilmy Ahamed, who added that the rate of anti-Muslim violence had accelerated in recent years.

Veteran political analyst Jayadeva Uyangoda said Buddhist chauvinism in Sri Lanka was a “monster beyond control”, as local activists draw inspiration from Buddhist elements in Myanmar and Hindu ones in India hostile to Muslims.

‘Can you believe it’

About 10 minutes after the incident near the Noor Jummah mosque shown in the CCTV footage, the mob returned via a back road, out of the line of sight of the mosque’s exterior cameras, and threw a petrol bomb into the mosque’s first floor office, according to witnesses Mohamed Niyaskhan, who said he was beaten and left bloodied, and the mosque secretary M I M Shukry.

The men burned Korans during 45 minutes of looting and destruction, they said.

Later that day, eight to 10 members of the STF rushed the Hijrapura mosque, also in Digana, according to scholars and worshippers.

The police assaulted worshippers with batons, according to Ramees, the imam.

At about the same time, a local Muslim politician, Abdul Saleem Mohamad Fazil, and a friend, Mohamad Faizal, were also attacked by members of the elite police unit, according to the victims and a witness, Father Christy Paul, the prelate at Digana’s Catholic church.

“Three STFs came through the back entrance of the house and started beating us,” said Fazil, who suffered a deep head wound and said he spent a night in prison after being refused medical treatment.

“They grabbed some bottles from the landing and put them in a bag and said we were making petrol bombs.” 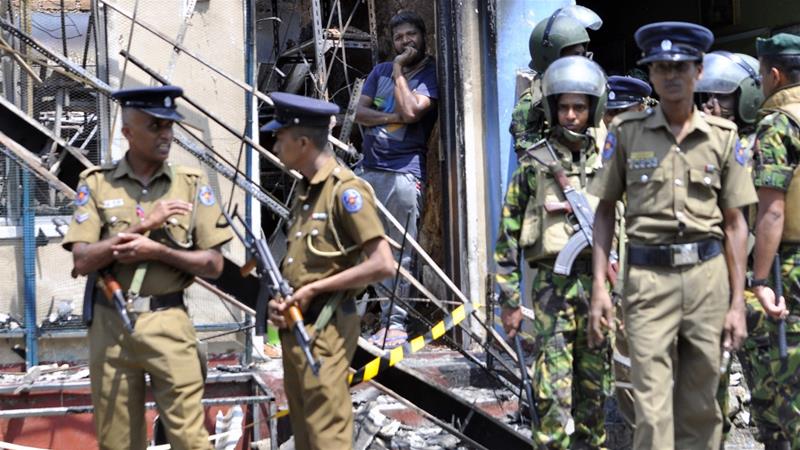