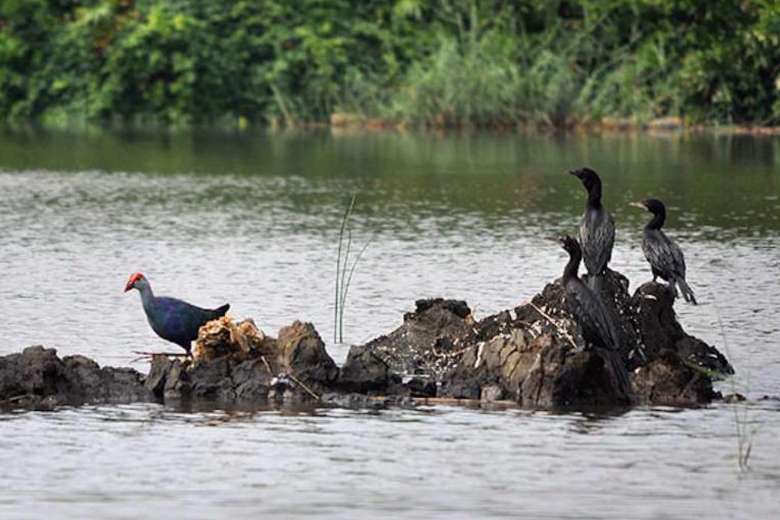 The Muthurajawela wetlands are home to 102 species of birds. (Photo: Facebook).

The wetlands have a highly diverse ecosystem and were named among 41 internationally important wetlands in the country.

Cardinal Ranjith filed a writ application before the Supreme Court on Nov. 6 calling for the cancellation of the gazette notification issued regarding the acquisition of 3,863 hectares of land in the Muthurajawela wetlands zone by the Urban Development Authority (UDA).

“It would severely affect the livelihoods of the people living in the area,” said the outspoken prelate, adding that as there are a number of religious sites in the area, religious activities will also be adversely affected.

Environmentalists, opposition politicians and villagers have urged the government to stop land grabbing in the country’s largest coastal wetland sanctuary, which supports a rich variety of flora and fauna.

However, the government stated that the purpose of the gazette notification is to protect Muthurajawela’s ecologically sensitive zone by preventing the illegal filling and seizure of land. It also aims to turn the area into a Ramsar wetland through sustainable use.

Harin Fernando, an opposition MP, said he had taken up the responsibility to fight against the oppression of Catholics in Sri Lanka, referring to the gazette notification.

Meanwhile, Kavinda Jayawardena, a Catholic parliamentarian, and fishermen residing in the Negombo area have also filed a petition against the illegal transfer of land in the zone to the UDA. Jayawardena said it is a violation of fundamental human rights enshrined in the constitution.

The government is preparing to build a power plant to generate electricity for Colombo Port City, Multipurpose Transport Center and Maritime City Project.

According to a study by the International Union for the Conservation of Nature, the zone is home to 209 species of animals along with 194 species of trees, 40 species of fish, 31 species of reptiles, 102 species of birds and 48 species of butterflies. There are 18 out of 22 mangrove species in the wetland.

Priests, nuns and laymen rallied to protect the sanctuary in 2017 and 2021. They organized several protest campaigns and held discussions with officials regarding the dumping of garbage and new construction work in the wetland.

Environmentalists have also blamed the government since it has filled many areas of the marshlands to construct new projects.

Dulani Kaviratne, an environmentalist fighting to protect the zone, said filling Muthurajawela for various commercial purposes is causing great damage to the ecosystem.

“Environmental groups have warned that the current flood threat to the Muthurajawela zone could be doubled if the projects go ahead as planned since it contributes directly to natural flood control,” said Kaviratne, a university student from Colombo.

She said the zone is a breeding ground for fish and prawns and a source of vegetables, fruits, herbs, fresh water, reptiles, amphibians, mammals, birds, butterflies and timber.

“We observe that the political authorities try to sell the wetlands for money but the Church has raised its voice on behalf of the people. Otherwise, people will not have an environment to survive in the future,” said Kaviratne.